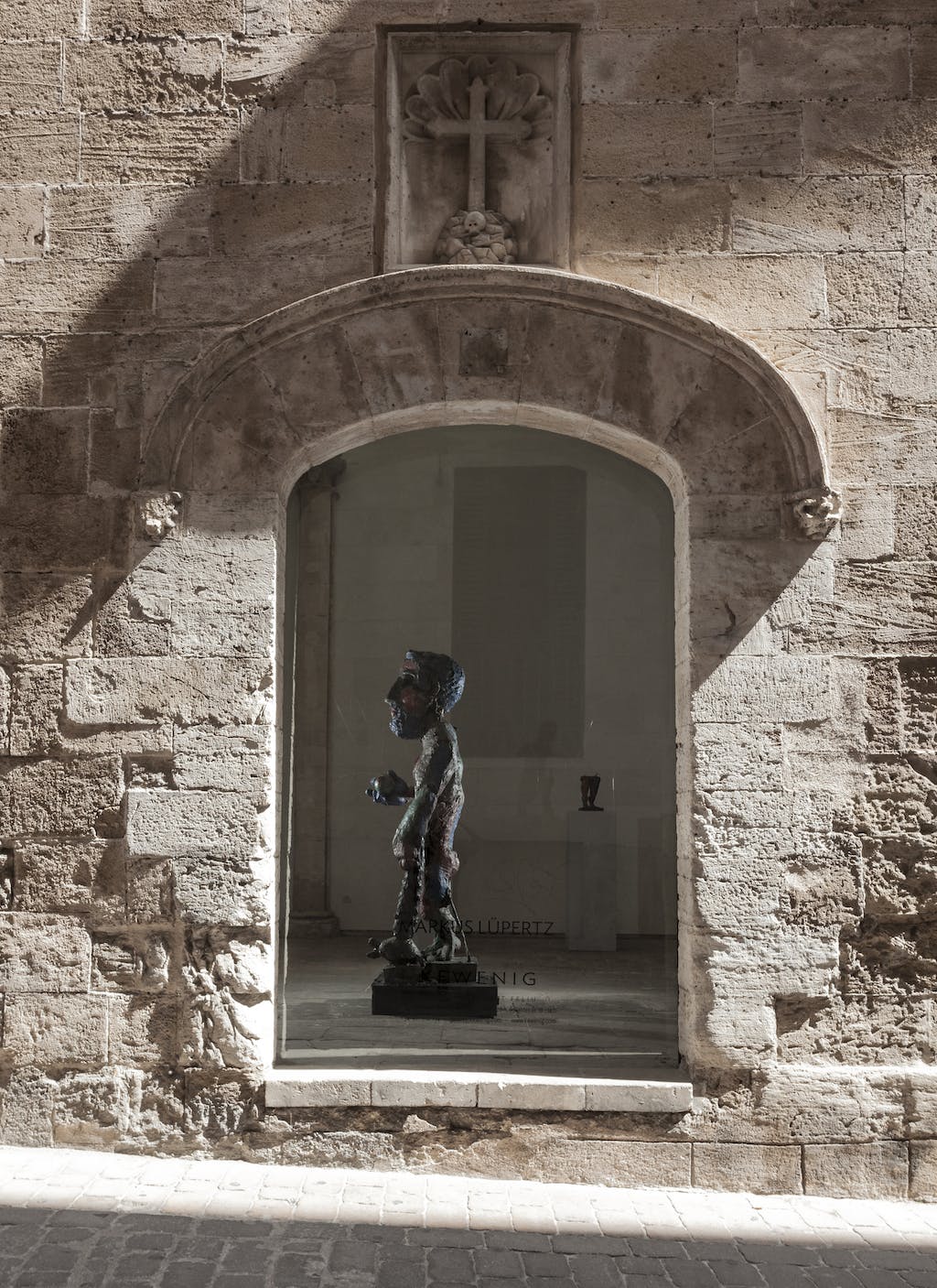 Galería Kewenig is pleased to present the exhibition “Herkules” with works by Markus Lüpertz. Born in Reichenberg, Bohemia (now Liberec, Czech Republic) in 1941, Lüpertz is today among the most prominent and individualistic exponents of German Neo-Expressionism. It was with his works that the gallery opened its space in Palma ten years ago. In the works featured in his present show at Kewenig, he uses his unique figurative language to reflect on such universal themes as reason and human nature.

An artist who lives and works in Berlin, Düsseldorf and Karlsruhe, Lüpertz played a fundamental role in the development of “painters’ sculpture”. In this genre he produces over-life-size works of monumental character. Within this context, his transformation of classical-antique artistic principles provokes a new examination of classical ideals of beauty and their traditional motifs. His largest sculpture to date is the monumental Herkules he executed for the conclusion of the European Culture Capital RUHR 2010. The 23-ton, 18-metre-high figure was installed on the THS Tower of the former Nordstern coal mine in Gelsenkirchen. In preparation for the sculpture, the artist developed elaborate preliminary sculptural studies in bronze with polychromy.

Eleven of these bozzetti are now on view in Galería Kewenig’s medieval Oratorio de Sant Feliu. In their imposing form and figure, size and appearance, they could be considered artworks in their own right. They are not merely variations on a pure idea: the head, torso and legs come together and then diverge. Each of the bozzetti lays claim to a story of its own. The head and torsi would each be capable of writing a major chapter in the history of sculpture. Within this unified diversity, the legs play the decisive role in the determination of pose and balance. And already a single leg or arm suffices to convey the great deeds and fame of the mighty demigod.

At the same time, the bozzetti are symbols of infirmity and imperfection. They lend expression to the eternal struggle that prevails in art between the Apollonian and the Dionysian, between the striving for form and order on the one hand, and the forming of an explosive creative urge on the other.

Yet the Lüpertzian Herkules is also far more complex and multifaceted than the traditional character. At the centre of Oratorio de Sant Feliu, for example, is a life-size figure of Hercules. The club in his one hand calls to mind the Farnese Hercules, the apple in the other alludes to the fruits of the Hesperides. Like the other sculptures, however, his proportions and colourful polychromy lend him a strange and unaccustomed aura. Lüpertz challenges the viewer. He departs from the conventional Herculean pose by “colouring” his demigod with human qualities: by combining the characteristics of a triumphant, but also broken and scarred figure, he broadens our perception of the hero. What appears to us here is the sensitive hero, the vulnerable human god.

Without ever paying homage to the spirit of the times, Lüpertz thus transcends the traditional attributes of the hero to achieve a necessarily contemporary perspective that penetrates the lucid space between the human and the superhuman, the creative and the ingenious. Lüpertz has often made reference to the artist’s double role as a creator and a craftsman whose task is to uncouple art from craftsmanship. In this sense, the genius of the artist is mirrored in the struggle of the hero.

The exhibition at Galería Kewenig is enhanced by works on paper as well as two paintings from the artist’s Arkadien cycle, which, like Herkules, explores classical antiquity. For Lüpertz, what unites a member of the educated classes with the idyll of paradisiacal nature means the return of monochrome painting to paintings in the classical sense paintings that look like pictures and are painted in a legible pictorial language. Here his concern is not with a disillusioned rejection of the present, but with the possibilities of contemporary painting.