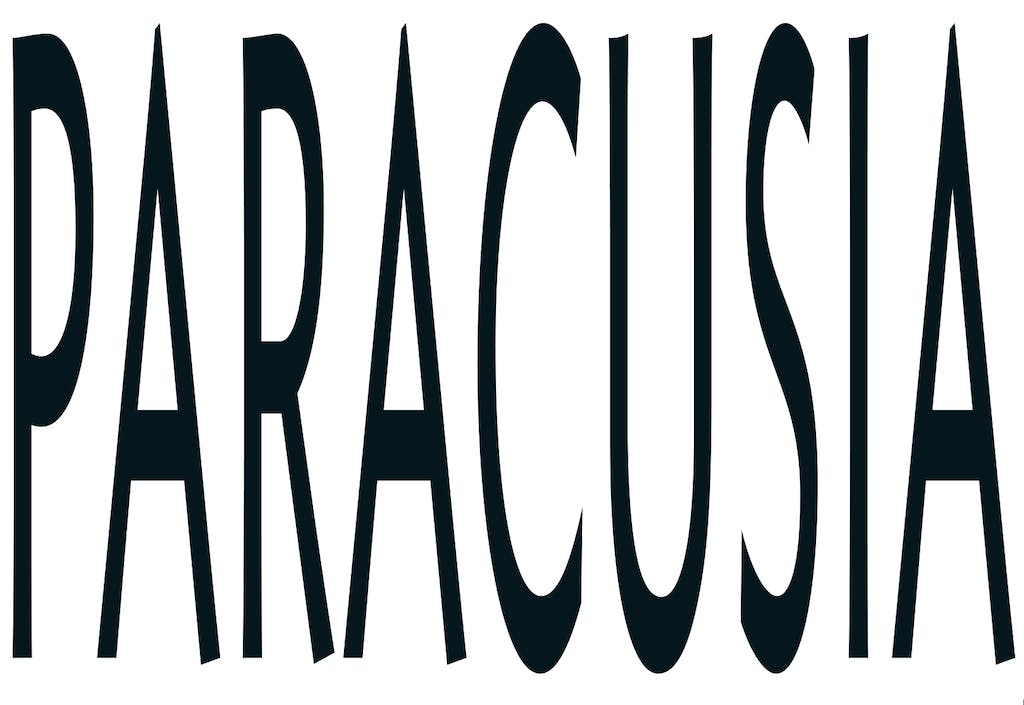 A survey of the interface between the worlds of the aural and the visual is presented by KEWENIG with ‘Paracusia: Of Sounds & Visions’, mapped through works from artists as diverse in approach as Helen Chadwick, Ian Hamilton Finlay, Kimsooja, Haroon Mirza, Chris Newman, Camille Norment, Sean Scully, Jeremy Shaw, Liliane Tomasko, Naama Tsabar, Don Van Vliet, and Marcelo Viquez. Paracusia seeks to trace the kaleidoscopic steps of this existential tango between two most ardent siblings, wherein, as Walter Pater famously observed, “all art constantly aspires toward the condition of music”.

Since the earliest days of the modern era, art has been enthralled by music: even as music broke new ground – Schoenberg’s dissonance crackling into the space revealed by abstraction, as if the stuttering fuse to the explosive nature of the century ahead - art also strove to invade new dimensions. When the Futurist composer Luigi Russolo scratched his idea of an Art of Noises into the fabric of the twentieth century, he had, perhaps, little notion of what he would unleash. From his dreams of machines to make music, to the recording of the first atomic blasts, through the silence of John Cage's ‘4'33"’, Edgard Varèse's electronic investigations, ‘musique concrète’ and ‘musique spectrale’, via David Bowie, to Kraftwerk, Techno and beyond. Not only the world of art, but our very lives have been haunted by this commonly held hallucination, this hyperobject we call music.

It was Cage who described music as “purposeless play ... an affirmation of life not to bring order out of chaos or to suggest improvements in creation, but simply a way of waking up to the very life we're living”. The same, of course, is true of art – it is this desire to wake and re-enchant that makes the medium’s investigations so compelling. And today art reviews its relationship to music in myriad ways - unceasing in its attempts to capture music's essence for its own use, to incorporate music's perfect nature into its own mission to embrace the sublime.

Through the loud silence of Camille Norment's ‘Triplight’ to the monumental homage of Sean Scully's ‘Blue Note, Paracusia investigates the work of artists helping us map this sonic ‘terra incognita’; from those possessed by its charms to those exploring all aspects of its wild terrain in painting, sculpture, silence, song and thought.

Paracusia also marks the gallery debut of Silver Lion winner Haroon Mirza’s filmic triptych ‘Year Zero’, made entirely during the lockdown, as well as the first full exposition of Helen Chadwick’s long-lost work, ‘Train of Thought’ –an installation here realised, in a unique performance, its first-ever outside of Great Britain and the first of any kind since 1978. – David Dorrell

Ian Hamilton Finlay (1925–2006, Great Britain), poet, sculptor, and landscape designer. Once one of the leading concrete poets. Using philosophy, history, myths and their characters, he developed an ambiguous body of conceptual work.

Kimsooja (b. 1957 in Daegu, South Korea), conceptual artist, dedicated her œuvre, in which she uses a vast variety of media, to the themes of migration, cosmopolitanism, transculturalism. She lives and works between South Korea and New York.

Chris Newman (b. 1958 in London, England). He developed an artistic approach which embraced working simultaneously in different artistic mediums: Poetry, music, video, drawing and painting. He lives and works in Berlin.

Haroon Mirza (b. 1977 in London, England) has won international acclaim for installations that test the interplay and friction between sound and light waves and electric current. He devises sculptures, performances and immersive installations. He lives and works in London.

Sean Scully (b. 1945 in Dublin, Ireland), painter, photographer and sculptor. His colourful paintings essentially consist of horizontal and vertical stripes; they evoke emotional landscapes and address the quality of light. He lives and works between Bavaria and New York.

Jeremy Shaw (b. 1977 in North Vancouver, Canada) works in a variety of media to explore altered states and the cultural and scientific practices that aspire to map transcendental experience. He lives and works in Berlin.

Liliane Tomasko (b. 1967 in Zurich), painter, whose work has been affected by an intensive investigation of dreams, the unconscious and the emotions. She lives and works between Bavaria and New York.

Naama Tsabar (b. 1982 in Tel Aviv). Her interactive and performative works, which combine elements of sculpture and music, of form and sound, actively involve the beholder. She lives and works in New York.

Don Van Vliet (a.k.a. Captain Beefheart, 1941–2010, USA) devoted himself to painting after his musical career, in which he redefined the boundaries of modern rock music. He created expressive compositions with a great improvisational freedom.

Marcelo Viquez (b. 1971 in Montevideo, Uruguay), multidisciplinary artist who works in a variety of media. Decontextualising objects and materials, he thrives on oxymorons that often become a key to otherwise cryptic pieces, frequently linked to music. He lives and works in Mallorca, Spain.

David Dorrell (b. 1962, London, England) is a cultural shape-shifter, music producer, manager and writer who has helped identify, shape and document the leading edge of popular culture for more than three decades. Grammy-nominated as a member of M/A/R/R/S (for the international number one, ‘Pump Up the Volume’, recognized by Rolling Stone magazine as one of the seminal releases of the 20th century). He presented John Giorno’s ‘Star 69: Dial-a-Poem-Relics’ at the 54th Venice Biennale (2011) and has ghosted Biennials, including Kochi-Muziris, Istanbul, and Berlin with his occasional art project ‘Slayer Pavilion’ (with Melissa Frost). He lives and works in Berlin.