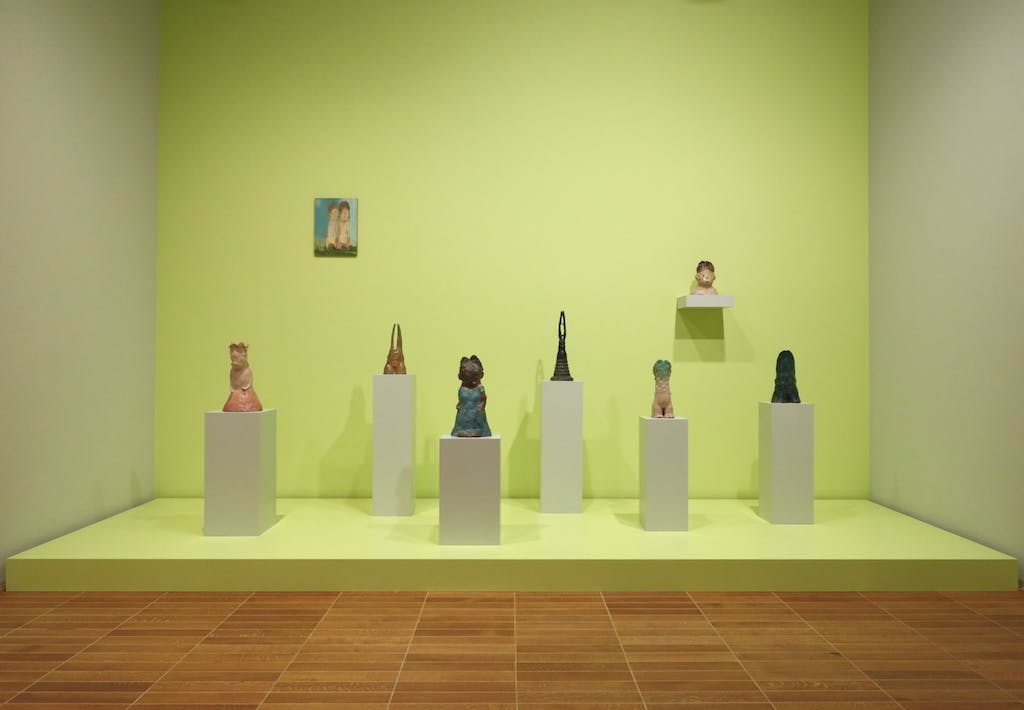 Presenting drawings, paintings, and sculptures, the exhibition 'Nach neuen Meeren | Toward New Seas' is a focused retrospective, mounted in consultation with Leiko Ikemura and in cooperation with the National Art Center, Tokyo.

The Japanese-Swiss artist Leiko Ikemura first caused a stir in Switzerland in the early 1980s with expressive and confrontational compositions that associated her with the Neue Wilde. She later rose to international renown with girlish figures unmoored from reality and cosmic landscapes populated by fabulous chimerical creatures. Japanese audiences celebrate her as an artist who wholeheartedly embraced Western art only to grow aware of her cultural roots and eventually forged a singular synthesis of both cultures.

A stay in Grisons in 1989 inspired Ikemura to develop a novel visual vocabulary that ultimately led her to a fusion of body and landscape in the “Alpine Indians.” Then followed vaguely archaic hybrid creatures, which the artist increasingly also rendered in sculptures, and, in the 1990s, female figures hovering weightlessly at the horizon between earth and heaven, past and future, vulnerable and untouchable at once. In her most recent works, Ikemura conveys the melancholy yearning for an indivisible union between humankind and nature in oneiric landscapes of the soul. The phenomena of emergent form and metamorphosis gesture back toward the artist’s early oeuvre.

Through an insistent reflection on her life amid an alien culture, on solitude and the assimilation of new languages, Ikemura has staked out a domain of her own that allowed her to devise a personal and authentic synthesis of Japanese and European cultures.