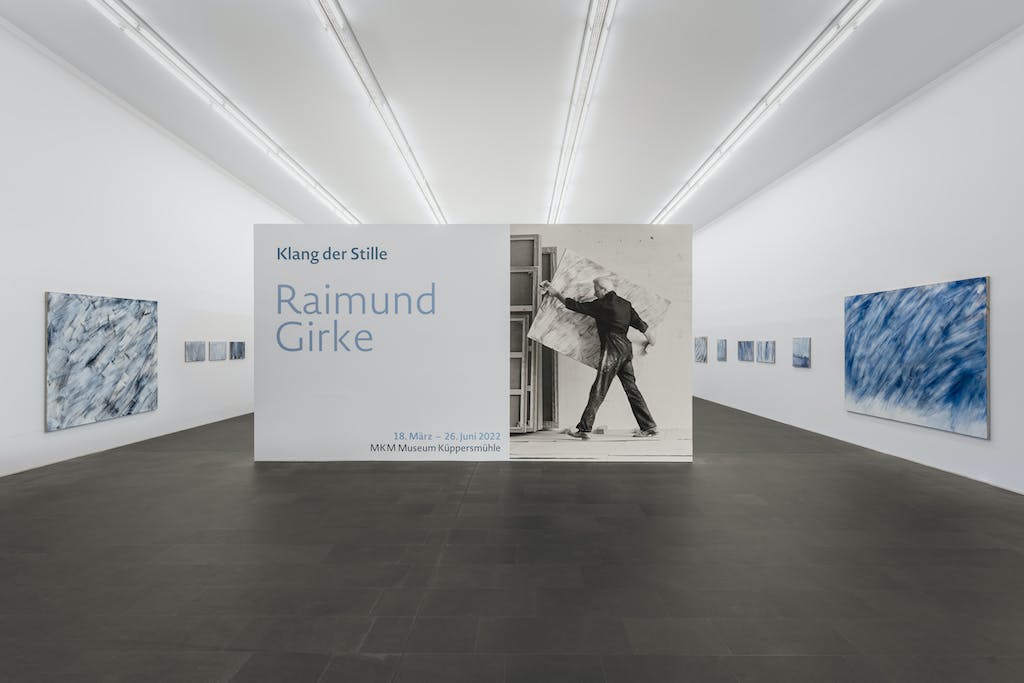 This year marks the 20th anniversary of the death of the painter Raimund Girke. To commemorate his life and work, the MKM Museum Küppersmühle in Duisburg, Germany, honours the artist with a wide-ranging exhibition showcasing an œuvre spanning nearly 50 years and underlining his significant contribution to German painting after 1945.

“In my white paintings I don’t want to freeze the visual space, but, rather, want to lead the painting to a stage that enables unlimited spatial movement beyond the confines of the movement on the surface itself. To achieve this involves finely nuanced swelling and ebbing white.”

Starting from a gestural-informal abstraction, Raimund Girke developed almost monochrome paintings towards the end of the 1950s. He reduced his palette to a few colors and treated them as light phenomena, which he structured rhythmically in various ways, often to the point of optical irritation. The increasing refinement of the brushstroke led Girke to finally abandon any form of painterly gesture in the 1960s. Through the use of airbrush and the almost exclusive use of white, he achieved an even, homogeneous distribution on the canvas. The works from this period are often structured either horizontally or in subtly patterned, barely perceptible shading and transitions between light and dark. As such, they pose a challenge to the viewer's perception.

“White eludes any attempt at determination, it appears to be constantly expanding and changing. It is at once rest and movement, it is infinite and it deprives the picture of its material state.”