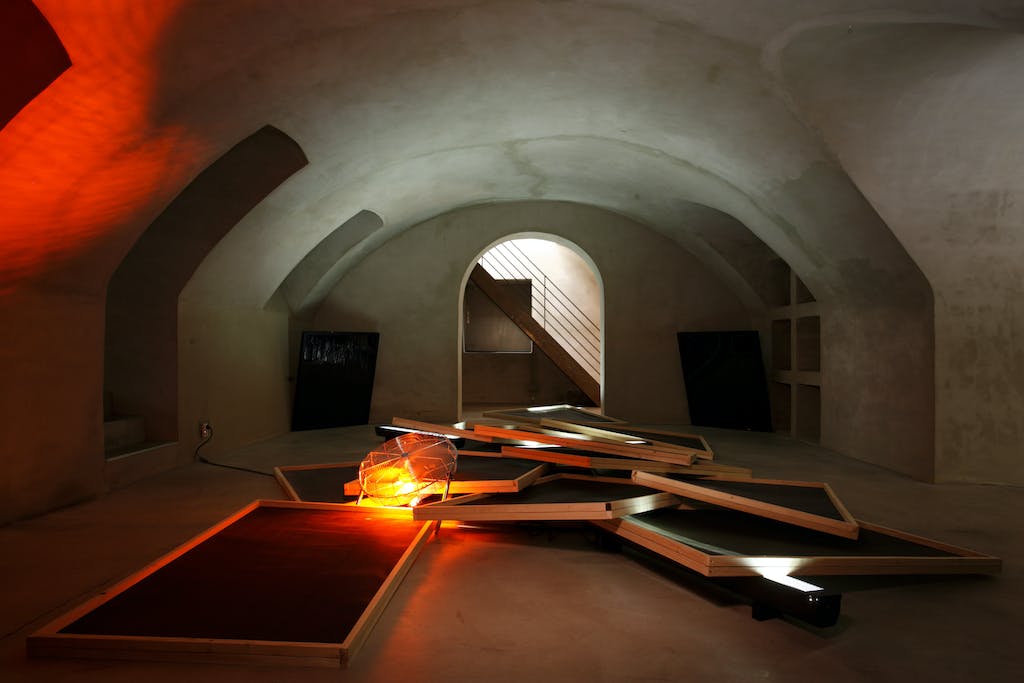 The Polish artist Angelika Markul (born in 1977 and living in France), who has studied with Christian Boltanski at Paris, builds in the gallery's arch cellar an achitecture of black covered frames which seem to be piled accidentally. With the help of light and air coming out of fans, they are orchestrated like an abandoned stage scenery. Captured by the mysterious atmosphere, associations of narrated situations and own experiences are being aroused without being narrowed by allegations of meanings.

In the back part of the cellar recent videos show Markul's interest in phenomena of flora and fauna. Captured cinematically the artist presents the bloodthirsty handling of killed tunnies in a Japanese fish hall. The work of Markul, influenced by the nature and biographical experiences, touches multifariously the imagination of the beholder and appears at the same time partly poetic and partly threatening.