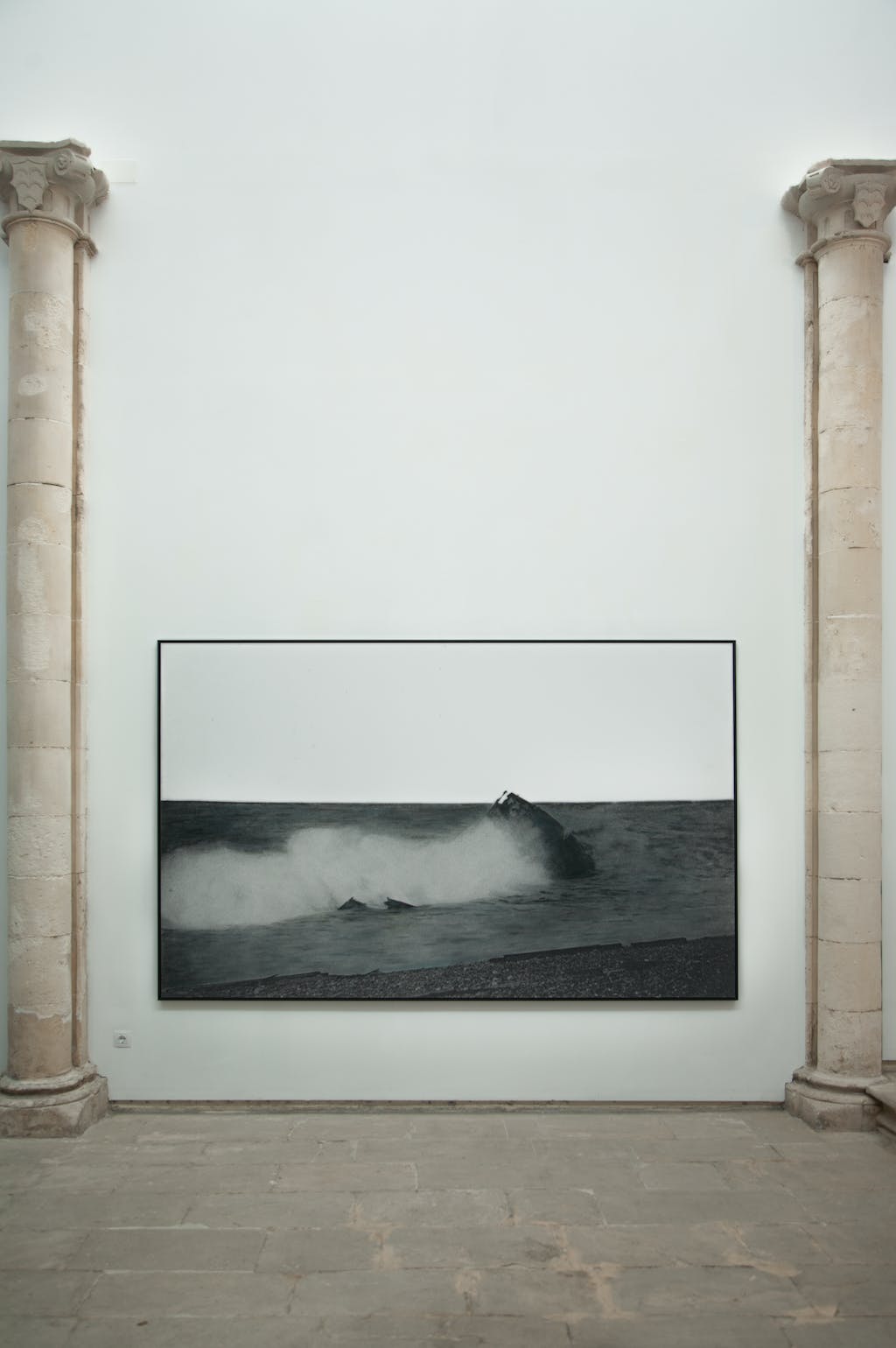 Esser was born in Stuttgart in 1967 and grew up in Rome. For his exhibition at the Galería Kewenig, he has chosen photographic works with a water motif. In peaceful views of river landscapes, sea coasts as well as urban views, water recurs as a motif throughout Elger Esser's oeuvre. His interest in historical landscapes bundles the tonality of colours and the sfumato of humid air, lending him the reputation of the romantic among photographers of the Düsseldorf School. He transfigures the views into the medium of photography, while at the same time preserving reminiscences from the history of art such as painted Italian vedute, German romantic painters and pioneers of French landscape photography from the period around 1900.

In the cycle Undine from 2012, Esser fixes the unique moment of a wave breaking, releasing the charge in each wave (Latin: unda) in its own way. The ones-of-a-kind came about during a sea voyage Esser took on the research ship Meteor in the Atlantic Ocean. The Undine (mermaid) photographs have been executed as ultra-chrome prints and, in dedication to the uniqueness of each wave, are unique and numbered by Roman numerals. The works that arose during Esser's voyage will be shown for the first time also in a museum context at the Landesmuseum Oldenburg, from July 2012 on.

A collection of about twenty-five thousand postcards and anonymous photographs put together by Esser since his student days shows mainly the motif of a view from the French Atlantic coast onto the ocean. In the exhibited work 13 Île Sainte Marguerite (2005, C-print, Diasec®Face, Forex), Esser transforms the motif of stormy waves by enlarging and manipulating a certain detail of a postcard. The work 6 Dieppe is also an enlarged postcard motif that was subsequently coloured by hand (2007, black-and-white print, hand-coloured). In the appropriations of historical views that have come about in this way, the aura of old mastery is maintained. Esser employs modern photographic techniques to hold onto the memory of irretrievable landscape phenomena and past photographic techniques, and also to fill his views with sublimity, something seldom achieved in today's photography.

In Joudy (2003, C-print), which likewise is on show, with a view of the sea taken from a great distance, Esser succeeds in translating the view into abstraction by means of an especially light printing procedure in the laboratory. The sea spreads out in the chosen detail with great calm behind a still coast of surrounding alluvial plain. The transition from land to water takes place virtually as the image’s dissolution. The yellow tone gives the view of the beach a slightly antiquated effect and raises it above any definable time. The faded colours have the effect of a vanishing memory that is slowly dissolving in the poetic vastness of the motif in favour of a generally calm feeling.