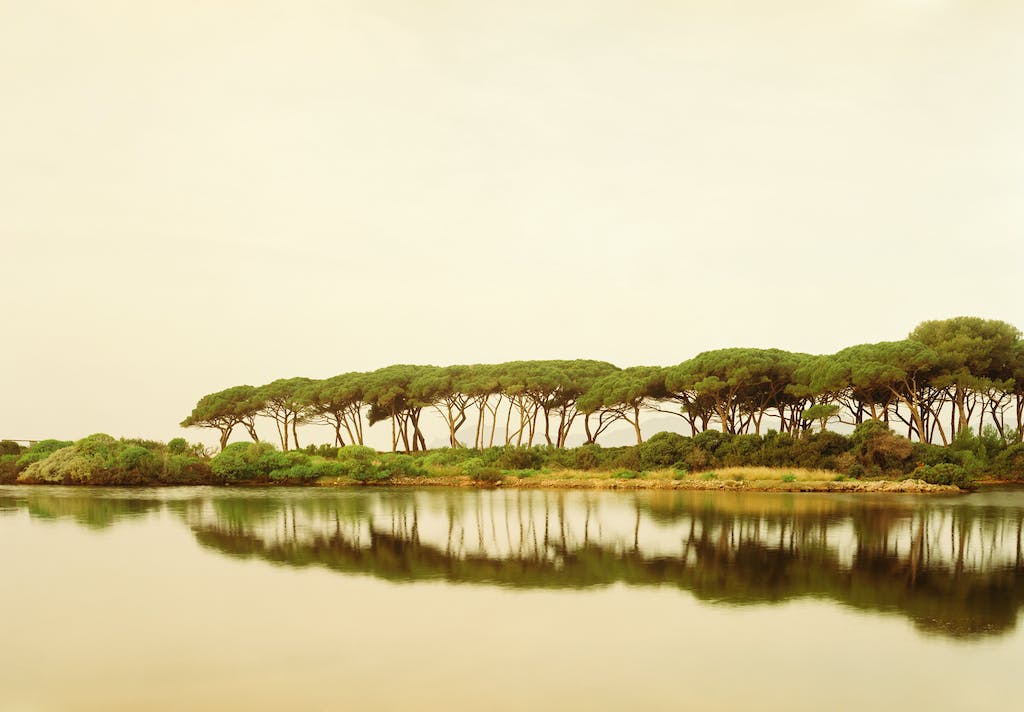 Elger Esser is a French-German artist, who was born in 1967 and raised in Rome. He studied under Bernd and Hilla Becher at the Kunstakademie in Düsseldorf and his photographic landscapes reflect their conceptual theory yet diverge from their documentary aesthetics. Conceptually, Esser’s strategy is a thorough examination of places. His pictures question the dichotomous approach of nature and culture while visually experimenting with a wide array of techniques, such as oxidation, discolouration, overpainting, colouring or corrosion. Esser perceptively captures the mood of the places he photographs, merging historical photography and paintings into contemplative images. He mostly finds inspiration in the 18th and 19th centuries, not only in terms of photography, painting or literature, but also technically speaking since he uses older processes, such as heliogravure, and his own kind of daguerreotype based on silver plates.

His oeuvre explores a variety of topics that regularly bring him back to France, his longed-for country. Since 2005, Esser journeys there often to compose the ‘Combray’ series. Inspired by Marcel Proust’s novel 'In Search of Lost Time', these black-and-white photographs develop a pastoral narrative that seems anchored in a distant past. Articulated around such cultural witnesses as churches, bridges, forests, villages, rivers, shipwrecks and ruins – that also stem from Esser’s passion for postcards – the ‘Combray’ pictures are captivating because they take the viewers’ experience and recollections as the starting point of a journey into collective memory.

For the ‘Morgenland’ series, Esser travelled to Lebanon (2005), Egypt (2011) and Israel (2015), recording almost monochromatic landscapes permeated with a blazing light that compose seemingly everlasting vistas. These timeless photographs draw a map leading to the roots of Western culture while avoiding any post-colonial stance. Esser’s journey is a conceptual and visual odyssey around the Mediterranean Sea – the cradle of our modern way of thinking.