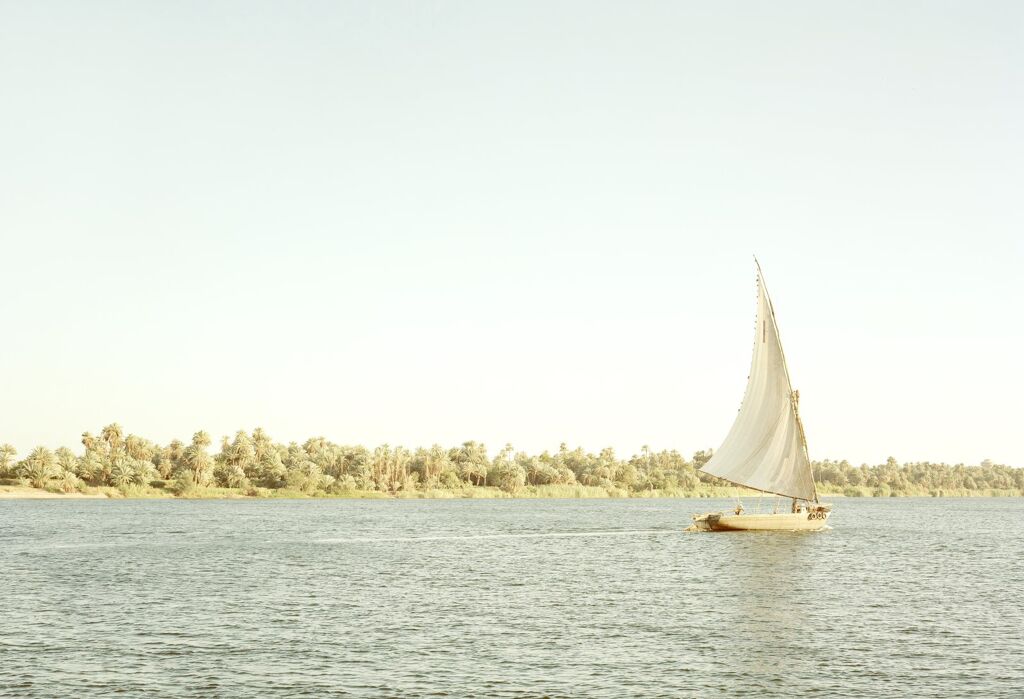 The exhibition 'Morgenland‘ at the Fondation Fernet Branca in Saint-Louis presents photographs from the artist’s series 'Morgenland‘ made between 2004 and 2015, a period during which Elger Esser travelled across Lebanon, Egypt and Israel.

“Esser’s landscapes and vedutas are portraits of the human. Not of one person or one city, but of humans and their endeavours on earth, as reflected through the lens of memory in the water and the sky.”

In the Morgenland series Esser, with his analogue camera,  captures traditional Feluccas and Dahabieh sailing boats palm-lined along riverbanks between Luxor and Aswan, the Lebanese coasts, as well as significant locations in Israel such as Acre, the Sea of Galilee, or Jisr az-Zarqa. Like many of his compositions, these works are dominated by water and far horizons emphasising an expansive sky, conveying silence and the sublime. They stand in stark contrast to the poverty and bloody conflicts, which the media conveys on these regions.