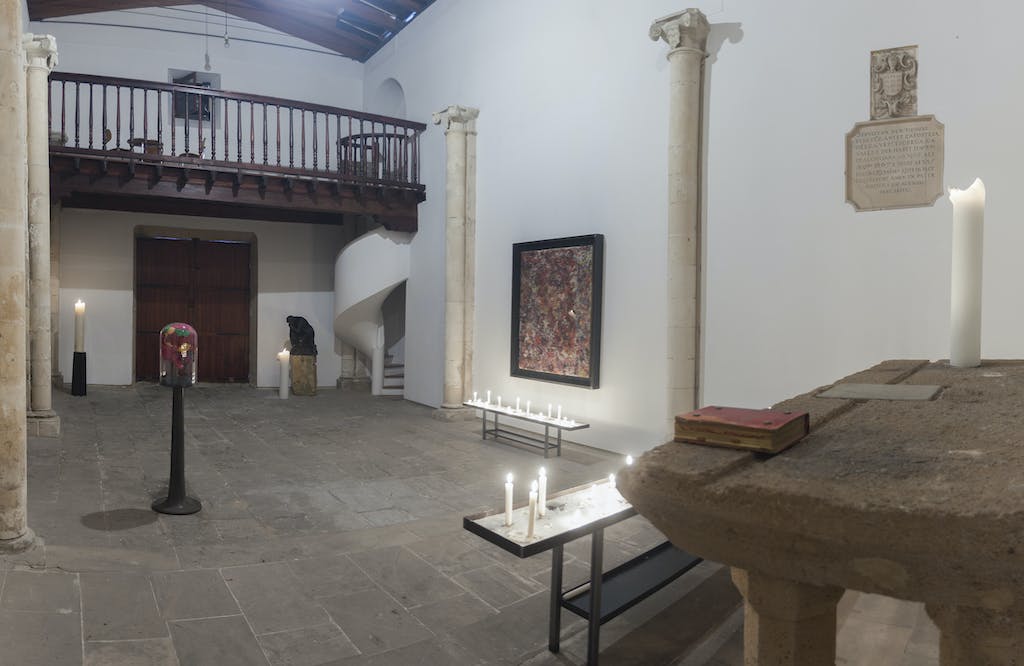 Heinz Ackermans confronts sculpture as a work of results that often surprises the artist himself. Expressionist in the way of leaving his mark on every piece, as with the treatment of a figure, who somehow, appears distorted, undefined or, somehow with part of her left to the whims of fate, Ackermans, in his most recent work, approaches Semana Santa (“Holy Week”, the title of his exhibition in the Oratory of Sant Feliu) through religious imagery, sometimes explicit and at other times hidden, but always evocative. He also does it by means of using wax as the main material for the creation of sculptures that appear strange, full of mystery and that seem to reject the classic concept of beauty, of mere beauty, chasing it and congratulating it on the accident, on the unexpected, as a way to interrogate the actual artist and the spectator.

Heinz Ackermans' story is a remarkable one. Born in 1949 in Mülheim an der Ruhr (Germany), he studied sculpture at Folkwang University of Arts in Essen (1971 - 1976), extending his training at Villa Romana, Florence (1981), as well as in New York (1982). Just one year later, he had his first solo exhibition in Cologne, and continued with prolific exhibiting that, between 1983 and 1989, took his work to galleries and museums in Berlin, Wuppertal and Essen, as well as other cities in Germany. During those years, with his figurative sculptures, he participated in collective exhibitions that, with artists such as Georg Baselitz, Rosemarie Trockel and Markus Lüpertz among others, were consolidating German postmodern neo-expressionism.

Heinz Ackermans' life took a turn at the beginning of the 90's. For personal reasons, he stopped, working as an artist and for two long decades he explored the art world as a collector, forming a collection, specifically of sculptures and of large installations (although also of photography and paintings), that would become a reference for collectors of contemporary art in the late 20th century, in the same way as those artists that Ackermans himself has as a reference of his generation: Mario Merz, Tony Cragg, Thomas Schütte, Rachel Whiteread, Ron Mueck, Bill Viola, Thomas Ruff, Katharina Fritsch, Robert Gober, Richard Deacon, Ilya Kabakov, Juan Muñoz and Michelangelo Pistoletto, among many others.