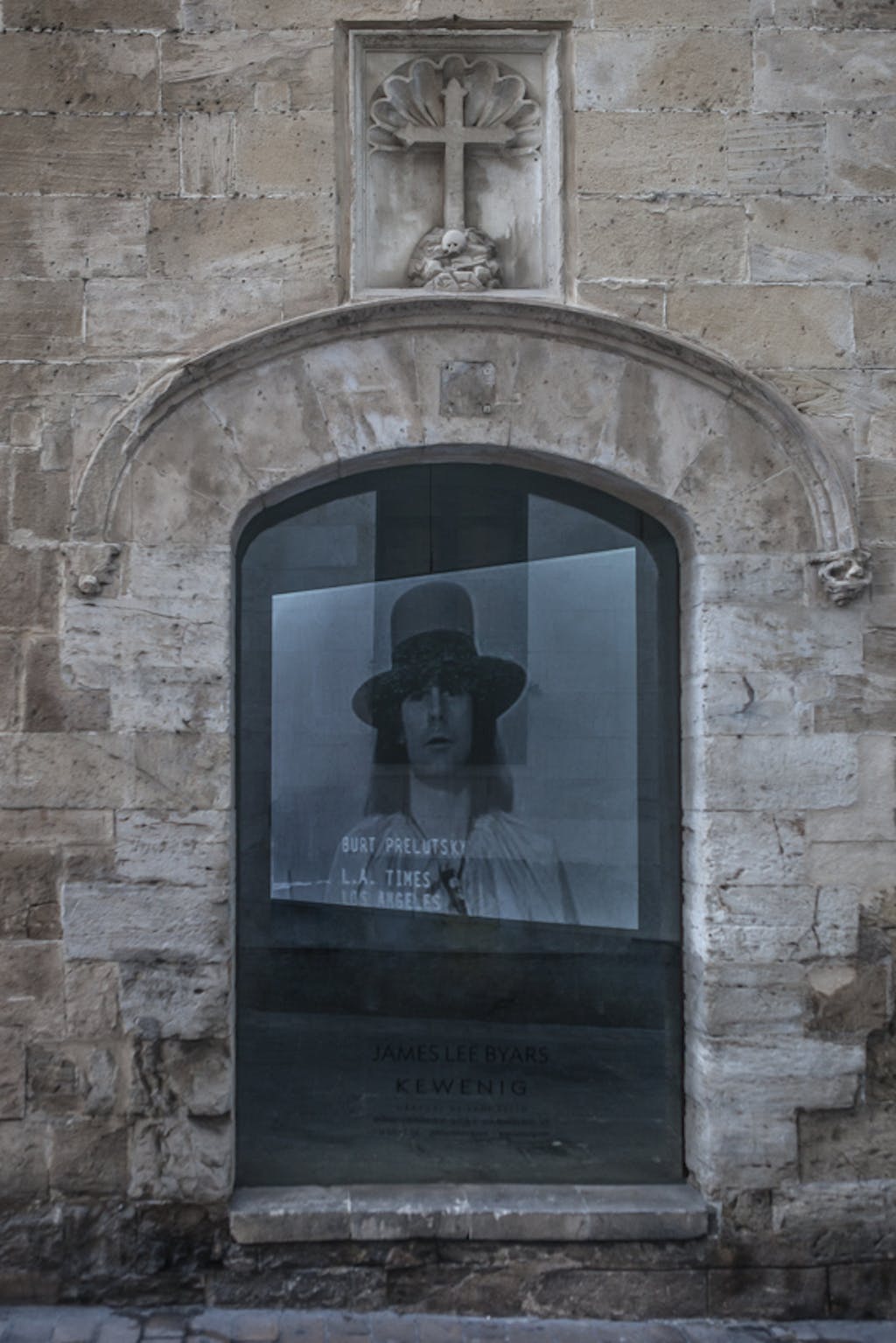 Kewenig is pleased to announce ‘James Lee Byars. The World Question Center’. James Lee Byars (1932-1997) is considered one of the most distinguished personalities of 20th century art. In particular with his performances, he opened up new terrain for his time and ahead of present-day contemporary art, crossing artistic boundaries that had thitherto prevailed. Byars’ most radical body of work was performative and ephemeral. It stimulated interrogation, question and doubt.

The exhibition borrows its name from Byars’ action ‘The World Question Center’ carried out at the Wide White Space Gallery in Antwerp in 1969. The one-hour film - projected onto a large screen in Oratori de Sant Feliu - represents a brief extract of Byars’ life-long obsessive exploration of the idea of ‘Question’. The performance was broadcast live on Belgian television as part of Byars’ 1969-project to gather the one hundred most significant questions in the world from the one hundred most brilliant minds of the time. “If the critical questions around the world were gathered, would you then have a picture of the contemporary problems of earth people?” (Byars in a letter to Isi Fiszman).

In ‘The World Question Center’ Byars confronts his interlocutors – mostly artists, curators, public intellectuals, scientists, politicians– either present on set (e.g. Marcel Broodthaers), or contacted over the telephone (e.g. Joseph Beuys, John Cage, Walther Hopps, Marshall McLuhan, Cedric Price), with a ‘question-to-question’ instead of a common question-to-answer situation: “Could you present us a question that you feel is pertinent with regard to the evolution of your own knowledge?” The reaction of most interlocutors is as much confused as the question itself gives rise to confusion.