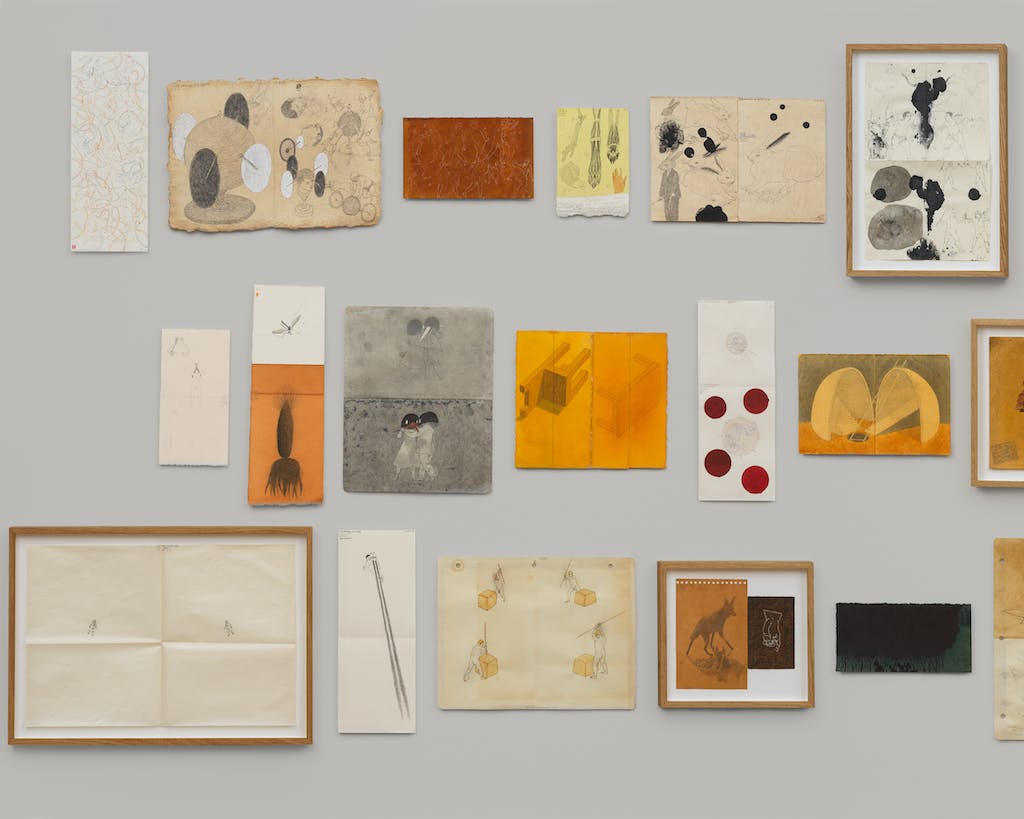 Kewenig presents the first solo exhibition of José Antonio Suárez Londoño at the Berlin gallery with a series of 366 works, along with a film, new drawings created on site and a selection of etchings. For almost 40 years, Suárez Londoño has been developing a vast body of works consisting of meticulous drawings and watercolours – ranging from body studies to abstract compositions – that form a visual diary recording the passing of time in a poetic cosmology.

The starting point is a list of random sentences friends of the artist came up with at his request, one for each day of the year 2020. ‘Cazar con perros llenos’ (hunting with fed dogs), the first string of words, marked the beginning on 1 January. Since the mid 1990s – when he illustrated Brian Eno’s 'A Year with Swollen Appendices' on a notepad – Suárez Londoño has been exploring literature and storytelling: drawing about the books he reads while illustrating his encounters and investigating the diaristic possibilities of his medium into a constantly renewed daily output. The written word is not only the source of his motifs, but it is often mirrored in scripts that punctuate the edges of his drawings, sometimes even expanding into entire pages of calligraphy, as on the 31 May sheet.

Suárez Londoño follows the sentence that was written for each specific date, sometimes adding events that occurred on that same day. 2020 was marked by dystopian restrictions and losses which are reflected in several drawings, transpiring through uninhabited landscapes, veiled faces, or, for instance, the mention of the passing of a friend on the drawing dated 9 April.

‘Dibujos del año 2020’ builds up a visual lexicon based on narratives written for the artist under the sole purpose that they be translated into pictures – with variable levels of meaning from the authors. Symptomatic of his approach, figuration merges on paper with an abstract dimension as characters, animals and plants cohabit with undefined shapes. This embodies the duality at the core of Suárez Londoño’s creative process; the recording and dissection of simple elements betrays a scientific flair gained during his biology studies while he infuses his very own encyclopedia with a delicate and colourful poetry.

A comprehensive catalogue of ‘Dibujos del año 2020’ will be released to mark the exhibition, with an essay by Luis Pérez-Oramas.