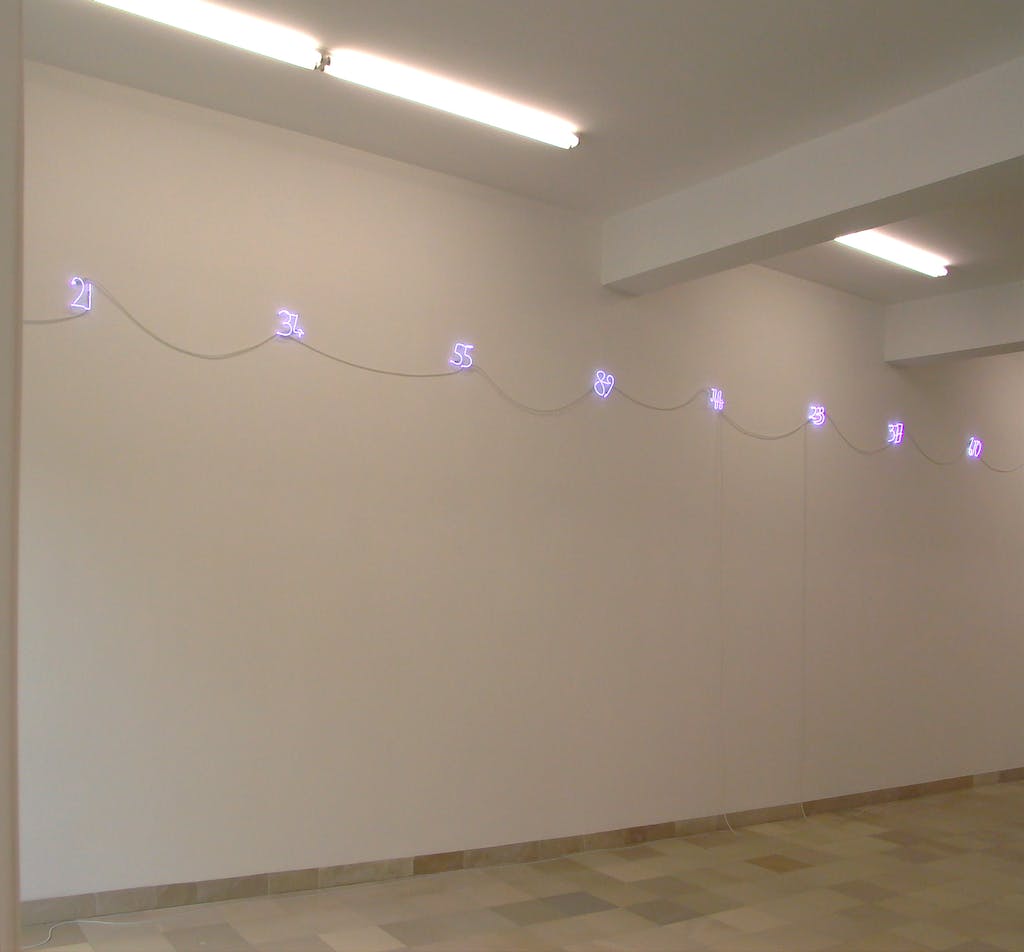 The exhibition "Mario Merz – In memoriam" shows a prominent selection of works of the Arte Povera artist, who died last November and with whom the Kewenig Galerie had been working together for many years. With installations such as an Igloo of 1995 and a series of Fibonacci numbers in Neon that comes with a crocodile the show presents the best known art forms by Merz. Igloo, tables, brushwood, fibonacci numbers, light and animals illustrate in material and form the basics of life.

The igloo stresses the nomadic existence of men, that Merz regards a a journey for a limited time, which ends in death and gives all wordly goods a very limited value. The crocodile implicates wildness, danger and invincibility. The Fibonacci numbers go back to an Italian mathematician. Every number is the addition of its two predecessors. In using this formula for nature's growth, Merz demonstrates the power of nature.

Different drawings in the Kewenig gallery complete the show and illustrate how Merz uses his archaic and at the same time complexe language for his artistic ideas. Abstract animals demonstrate their natural and on the same way threatening and mysterious character.

Gerry Schums video "Lumaca" (1970) from his TV-gallery presents Mario Merz, who draws a snail and Fibonacci numbers on a glass. The Stedelijk Museum, Amsterdam, loaned the film by the gallerist Schum for the exhibition. In the seventies Schum had the then new idea to present art via TV and videos.