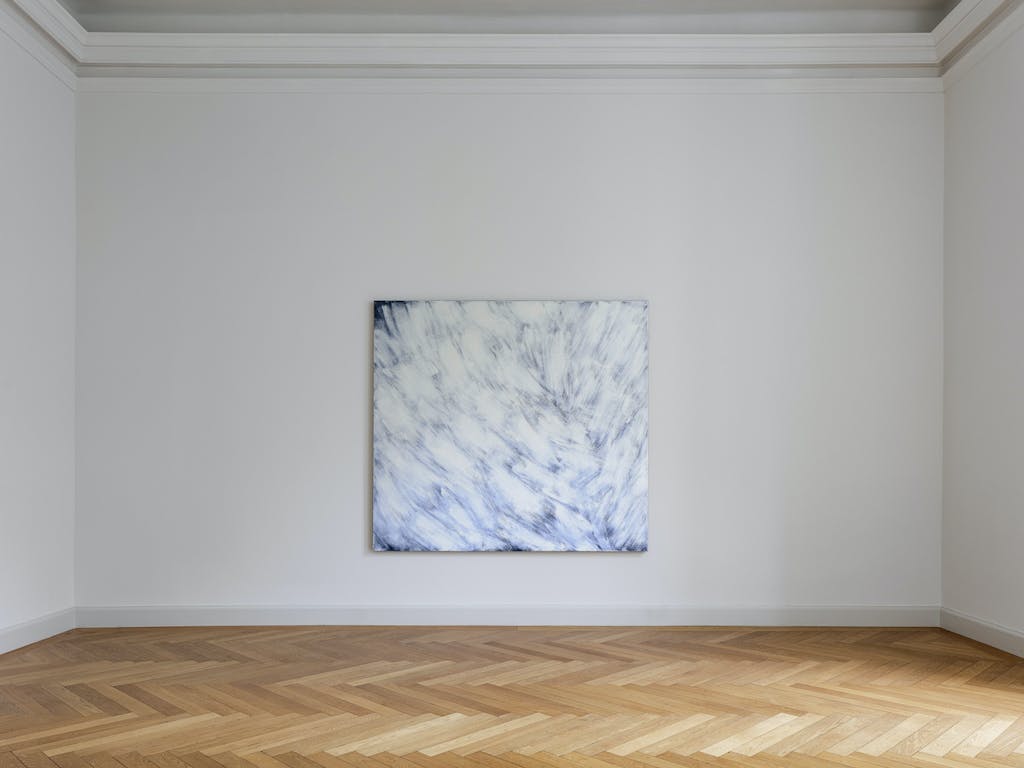 Kewenig is pleased to open the gallery’s first exhibition of works by the German painter Raimund Girke (1930-2002) on the occasion of Gallery Weekend Berlin. Recently the gallery has taken over the artist’s representation in close cooperation with Madeleine Girke, his daughter and executor of the estate. As a decisive pioneer of analytical painting, Girke counts among the most important positions of German painting after 1945. In October he would have celebrated his 90th birthday.

In the course of his artistic development, Girke repeatedly turned against prevailing trends and consistently found ways to keep reducing and concentrating his pictorial language. The predominance of the colour white represents the essential constant in Girke's work through various phases of his career. From the end of the 50s onwards, it dominated all other colours in his paintings and reached an extremely multi-faceted expression.

In most of the works in the exhibition, the painter's touch is very present, creating movement and calm at the same time. The structuring and modulation of the entire surface of the painting, which had always played an important role for Girke, now took place through particularly moving brushstrokes - at times dynamic, falling, at times arranged in a regular rhythm on the canvases, most of which are over two meters in width. Another characteristic are the ever increasing contrasts. Girke precisely used the intensifying, activating effect of dark tones in the picture to help his "Queen of Colours" to become more visible. They either shine through a thin layer of white, blend in with it wet on wet, or, as accents, set themselves apart from it. In works such as "Aufbrechendes Licht" (1998; EN: “Breaking Light“) the colour white asserts itself against dark tones of blue-grey. Also in the series “Kleine Suite: aufsteigend stürzend“ (1998; EN: “Small Suite: ascending falling“) light and shadow seem to fight a dramatic battle.

On paper Girke achieves the same versatility and painterly freedom as on canvas. Highly sensitive, evenly monochrome watercolours in coloured gray tones, which completely impregnate the sheet, or line-like structures, some of which are also made in pasty oil paint, transfer the painter's meditative concentration to the viewer.

Although his striving for clarity and balance reveals Girke's affinity to Far Eastern philosophy, his painting conveys neither a message nor a state of mind; Girke explores himself in it and articulates his "experience of the world“.

Raimund Girke (b. 1930 in Heinzendorf, Lower Silesia, today Poland) taught free painting at the Berlin University of the Arts from 1971-96. He has received several awards for his work, including the Lovis Corinth Prize (1995). The Kestner Gesellschaft, Hanover, dedicated his first museum solo exhibition to the painter in 1969; followed by the Kunstmuseum Düsseldorf (1983) and the Neuer Berliner Kunstverein (1986). A comprehensive retrospective was shown in 1995-96 at the Sprengel Museum, Hanover (1995), the Saarland Museum, Saarbrücken, the Von der Heydt-Museum Wuppertal and the Kunsthalle Nürnberg, Nuremberg (1996). Other important exhibitions took place at the Galerie Neue Meister, Staatliche Kunstsammlungen Dresden (1996); the Kunstsammlungen Chemnitz and the Kunstmuseum Heidenheim (2001). Raimund Girke died in Cologne in 2002. Even after his death, the painter's work was recognized in institutional exhibitions, e.g. at the Neues Museum Nürnberg, Nuremberg (2003), the Ming Yuan Art Center, Shanghai (2005), or the Museum Kurhaus Kleve (2012). Girkes works are part of renowned public collections such as those of the Louisiana Museum in Humlebæk, Denmark; the New National Gallery, Berlin; the Galerie Neue Meister, Sächsische Kunstsammlungen Dresden; the Kunsthaus Zug, Switzerland; and the Busch-Reisinger Museum of Harvard University, Cambridge, USA.