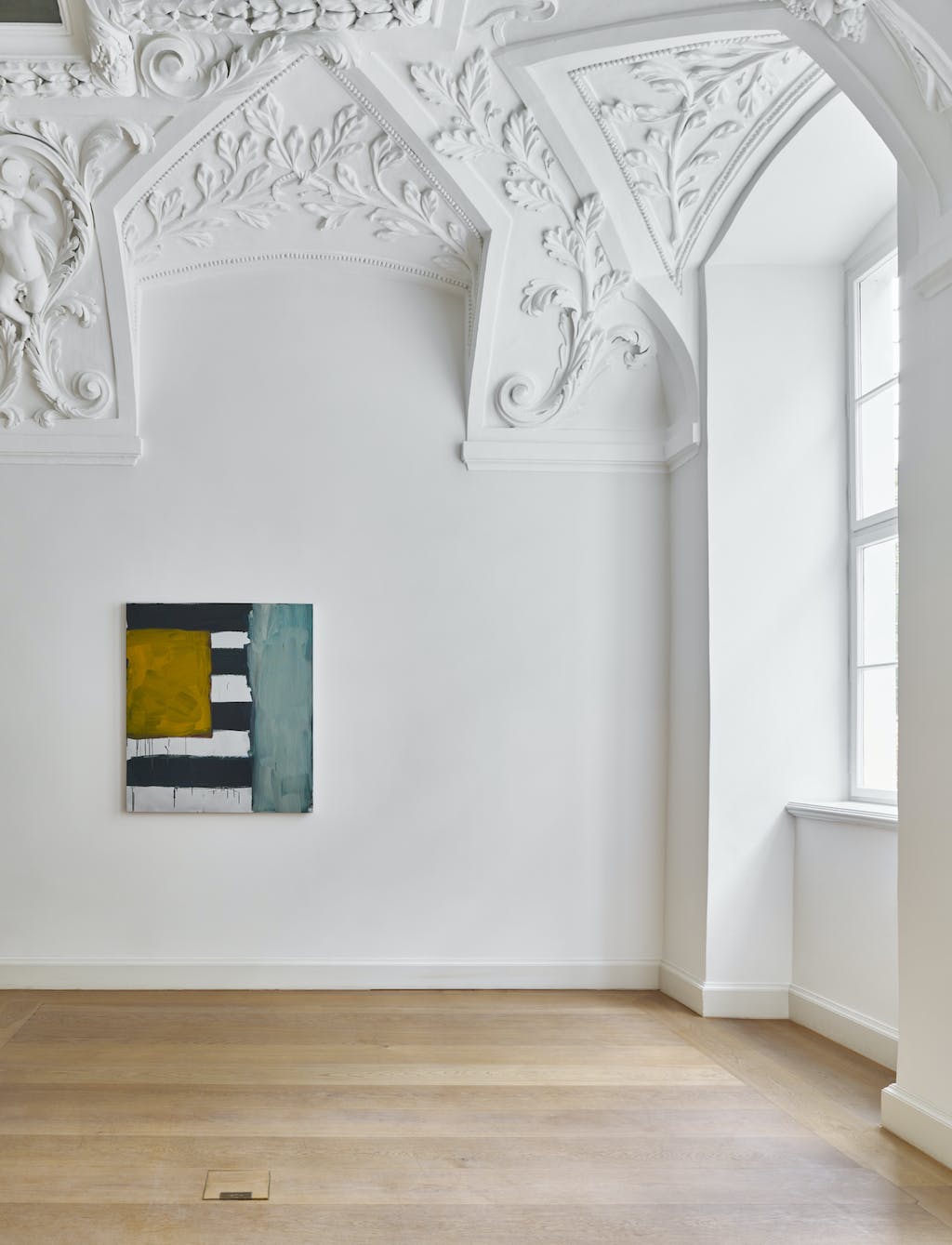 KEWENIG is especially pleased to announce the forthcoming exhibition of works by Sean Scully (b. 1945, Dublin) and a painting by Henri Matisse (1869-1954), which will open on 7 September. It is the second exhibition of the Irish-American artist in our Berlin gallery. Scully is recognised worldwide as one of the most important abstract painters of our time and has devoted most of his work to vertical and horizontal colour blocks, stripes and their relationships. He continues this motif spatially in his monumental sculptures, which will receive their first extensive presentation, running almost simultaneously (29.09.2018 - 06.01.2019), at Yorkshire Sculpture Park in Wakefield, the most significant sculptural institution in Europe. His extensive œuvre however transcends this formal vocabulary and deals, among other things, with the interrogation of interpersonal relationships, whereby the individual works develop a romantic and melancholy aura. Historic works by Scully from the 1980s up until recent paintings and works on paper will be presented in this exhibition with the painting 'Interieur in Etretat', by Henri Matisse from 1920, which has been generously loaned by the Berggruen Museum, from a private collection. This affords the exhibition the opportunity to highlight the influence of the French painter on Sean Scully's work.

Scully became interested in the idea of the window as an image within an image[1] at the end of the 1980s and begun capturing this motif in paintings and graphic work, as well as in photography. In numerous lectures and writings, he has repeatedly stressed his admiration for Henri Matisse and emphasised how essential the examination of his work is for his own painting.[2] To this day, Scully's artistic œuvre, his consistent work with stripes and especially his 'Window Paintings' is strongly influenced by Matisse. 'Interieur in Etretat' is a wonderful example of Matisse's many interiors with window views that inspire Scully in this body of work. In the small format interior, a window opens onto the harbour of the northern French town of Etretat, where Matisse spent part of the summer in 1920. The muted colours in the painting, capture the mood and light of the sky, which is often overcast on the French north coast near the English Channel, and differs greatly in this respect to the radiant palette of the works made in Nice by the painter, for which he, as the leading figure of the French Expressionist group les Fauves, is renowned.