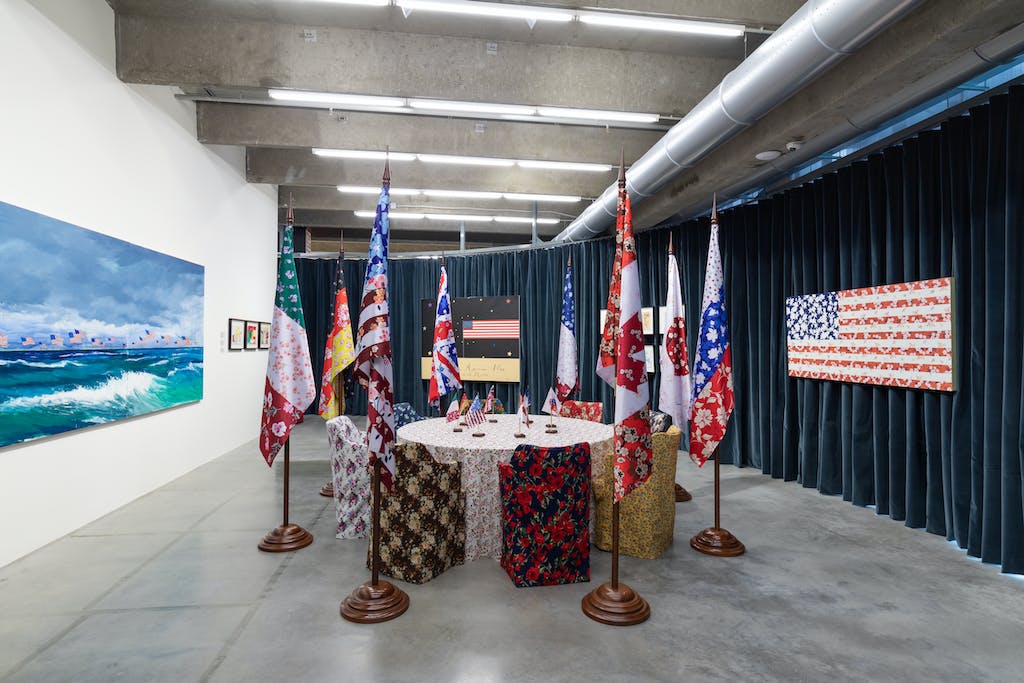 Garage Museum of Contemporary Art presents a large scale solo exhibition by Pavel Pepperstein. The retrospective features about eighty works from different periods, in a wide range of mediums such as graphics, videos and installations.

Pepperstein, artist, writer, filmmaker, musician, and art theorist, is one of the leading representatives of the younger generation of Moscow Conceptualism. Together with Sergeji Anufriev and Yuri Leiderman he founded the group of artists 'Inspection Medical Hermeneutics' (1987), inventing diverse systems, universes, languages, cities, and political projects. As the son of the painter Viktor Pivovarov, Pepperstein grew up around the Moscow conceptualists, Ilya Kabakov and Erik Bulatov, who stayed afloat in the Soviet era as children's book illustrators. The fairytales and drawings Pepperstein grew up with, today reverberate in his surreal narratives, interplays of text and image, and allusions to the art of the suprematist avant-garde such as El Lissitzky or Kasimir Malevich.

Each room of the exhibition presents a “landscape system", recalling one of the key myths he has created since the 1970s: “supremas”— multi-colored geometric forms borrowed from various suprematist painters, imaginary countries and parallel universes, utopian and dystopian visions of the future. Drawings and albums that Pepperstein created as a teenager will be exhibited for the first time.