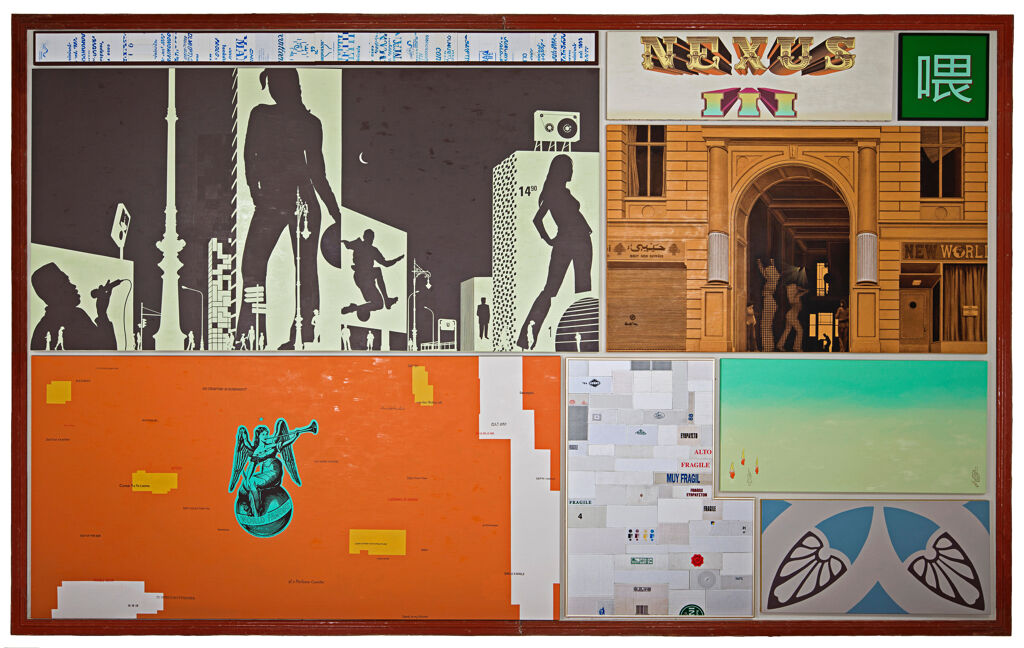 Berlin-based artist Hendrik Krawen (born in Lübeck, 1963) is fascinated by the graphic representation of urban identities. As an insightful observer of progress, urbanisation and its disappearance, the artist confronts the influence of human beings on the environment from an unusual perspective.

In many of his works, Krawen focuses on metropolitan impressions, like graphic shapes or writing from the context of advertising and architectural elements like ledges and archways or details that can be found on facades such as the decorative patterns in brick walls in his ‘Steine’ series (2018). With neatly painted silhouettes of buildings, lanterns or billboards combined with fictional elements, he creates urban surroundings that exude the feeling of pulsating city life. Others even evoke romantic landscapes in which the outlines of individual human figures are isolated and de-contextualised or buildings are shown in an advanced state of decay.

Krawen also urbanises his maritime landscapes through the use of individual elements: heavy tankers rise from the apparently endless horizon that sit on the lower edge of the picture. Like the buildings in Krawen’s cityscapes, they appear lost despite their massive shape and are often the only reference point for the viewer's eye in this seemingly endless expanse.

These clearly legible motifs can be seen as references to social topics like gender issues or the power of media, capitalism and globalisation. Inspired by movies and music – which also add to and define the identities and the perception of cities – the artist samples these elements extracted from different settings into visual worlds which he conceives as an ‘unconfined mental space’ that is open to interpretation.

Krawen’s accurate painting style is reminiscent of a print or collage – an aspect that he also transfers to his installations in which he often uses individual pictorial objects to construct an assemblage of works, which in their constellation make up one picture panel.

The artist’s exploration of architectural details also expands into large-scale wall works like the geometric relief ‘EX CAFCONC 003’ which he has realised in several locations since 1988 and which he re-conceived for the Kewenig warehouse in 2021 where it is permanently installed.