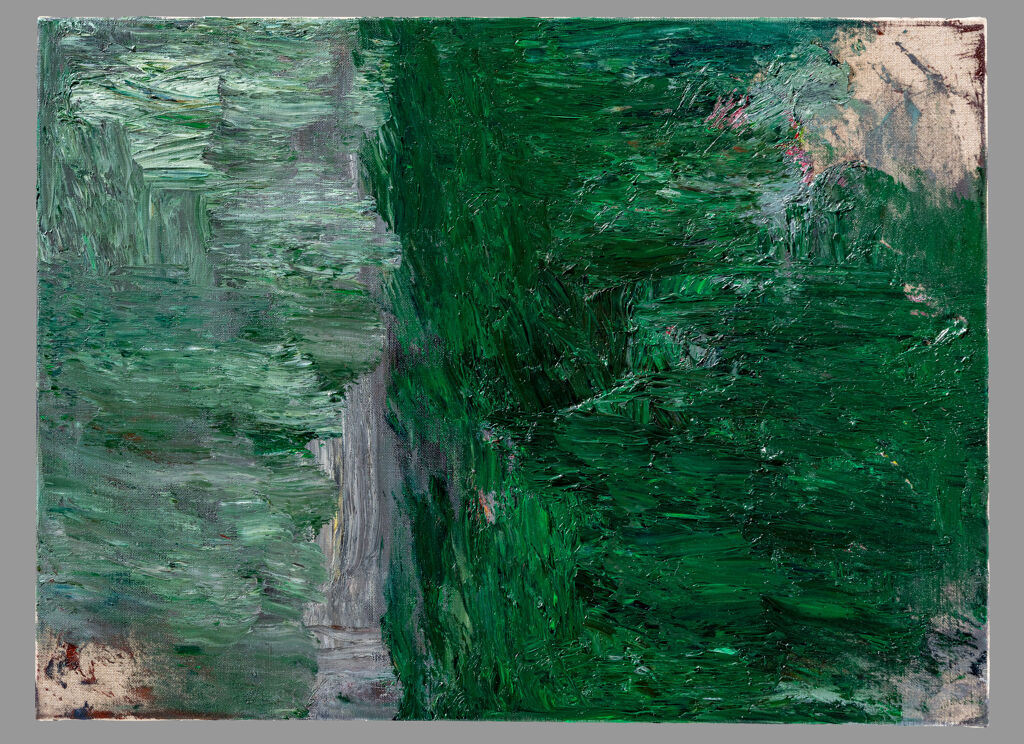 Cabrita (b. 1956) lives and works in his native city of Lisbon. As one of Portugal’s most acclaimed artists of our times, he has formed the understanding of painting and sculpture in his country since the 1980s. Active under his full name Pedro Cabrita Reis until the end of 2019, he is widely known for large-scale installations in which he uses construction materials such as bricks, aluminium strips, doors or windows. From the very beginning, the central theme of the artist’s works has been revolving around places occupied by humans and their delimitations.

Cabrita, who describes himself as a ‘gatherer of memories’, takes most of his inspiration from strolling through cities where he absorbs every impression – from pieces of conversation he picks up to parts of architecture or left behind objects. His works are thus representations of the world we live in, decontextualized fragments of everyday life.

By working with minimum means, the artist reduces his works to their essence; their melancholic stillness welcomes introspection and serenity. Seeking beauty in the simplest things, Cabrita also discovered pure light as a material for building his works. From the early 1990s on, he created many light-based works, mainly with neon tubes.

Cabrita trained as a painter and this medium has always been the basis for his broad oeuvre. He also brings this point of view into his three-dimensional works, which he considers painting or drawing in space. Since 2019, Cabrita has returned to his point of departure. While his sculptures and installations derive from the industrial landscape, in his latest paintings and works on paper he turns his gaze to his natural surroundings, always loyal to his principle of ‘the minimum gesture’.

Since 1979, Cabrita has devoted his entire life to art. He had his first international exhibition in Antwerp, in 1987, and since then his work has been shown in numerous institutions worldwide, such as the Tate Modern, London, and the Hamburger Kunsthalle, Hamburg. It is part of renowned collections such as the Museum Folkwang in Essen, Germany, and the MUDAM, Musée d'Art Moderne Grand-Duc Jean, Luxemburg. In 1992, Cabrita participated in the documenta IX and in 2003 he represented Portugal at the 50th Venice Biennale.

Cabrita is the owner of an important art collection and has studiously supported the work of a large number of emerging Portuguese artists during the 1990s, when his own reputation was growing internationally. This body of works is now owned by the E.D.P. Foundation, Lisbon.

A few drawings. a façade inside and possible staircase, The Arts Club, Chicago, United States

One after another, a few silent steps, Hamburger Kunsthalle, Hamburg, Germany