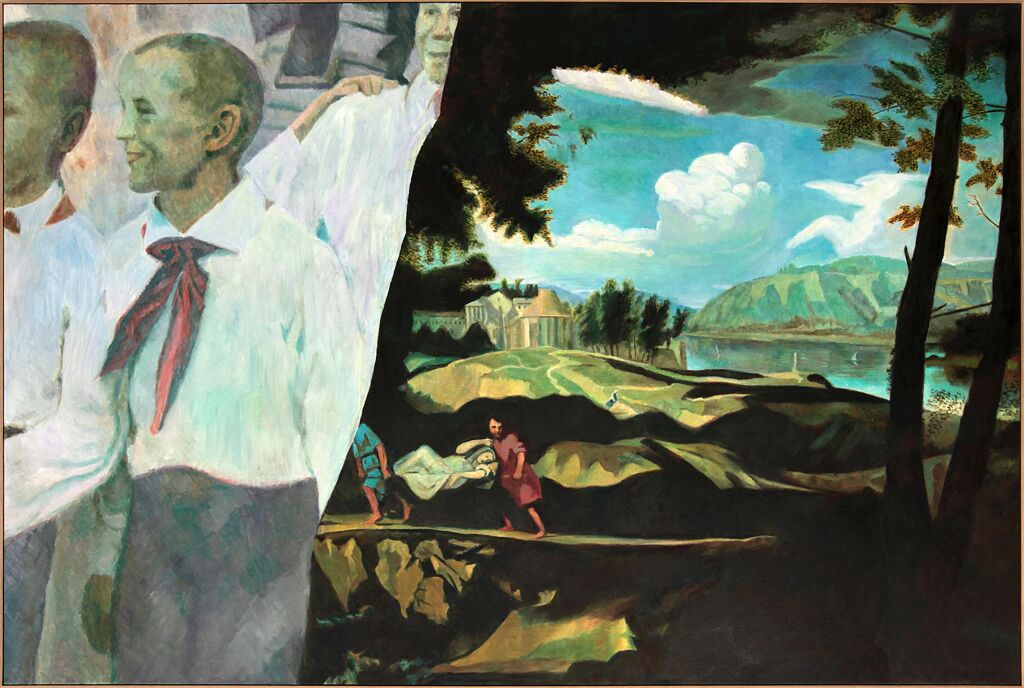 Ilya and Emilia Kabakov are amongst the most celebrated artists of their generation. Both were born in Dnepropetrovsk, in the Ukrainian SSR of the Soviet Union (today Dnipro, Ukraine). Ilya Kabakov (b. 1933) grew up in Moscow, where he studied at the Surikov State Art Institute. From the 1950s to the late 1980s, he worked as an illustrator for children’s books, keeping his own drawings, paintings and sculptures for a close circle of friends – mainly artists and intellectuals. A central figure of Moscow Conceptualism, his work, mocking the official Soviet art, had to be kept private. He moved to New York in 1988 and resumed contact with Emilia Lekach. 1989 marked the beginning of their artistic collaboration, sealed by their marriage in 1992. Emilia Kabakov (b. 1945) studied music, literature and Spanish in Moscow before moving to Israel in 1973, and in 1975 to New York, where she worked as curator and art dealer.

The Kabakovs’ creative process is based on fictitious narratives that mostly stem from Soviet Socialist Realism – through which they reflect on the human condition in terms of perception, identity and memory. Working with painting and installation, they invite the viewer into fantastic sceneries that evoke utopias to confront our fears, hopes and dreams. The Kabakovs have developed an approach to immersive installation that leans towards the Gesamtkunstwerk, both in museum exhibitions and in stage design.

Ilya and Emilia Kabakov represented Russia at the 1993 Venice Biennale. Their work has been exhibited extensively across the world, most recently at the Hermitage State Museum, St Petersburg (2018); the Tate Modern, London (2017); the Hirshhorn Museum, Washington DC (2017), the Power Station of Art, Shanghai (2015); the Sprengel Museum, Hannover (2012); the HangarBicocca, Milan (2012); and the City Museum of Contemporary Art, Hiroshima (2008), amongst others.

Not Everyone Will Be Taken Into The Future, Tate Modern, London, England; traveling to Tretyakov Gallery, Moscow and State Hermitage Museum, St Petersburg, Russia

The Palace of Projects, The Armory, New York, NY, USA organized by the Public Art Fund

Ilya and Emilia Kabakov featured in The Guardian