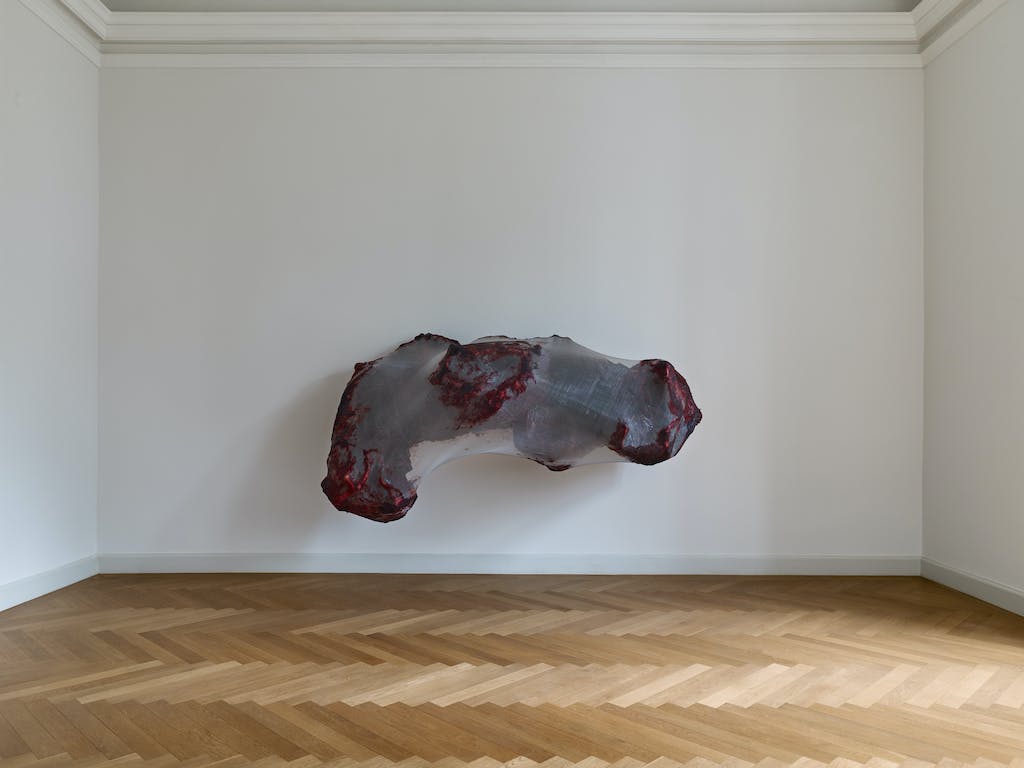 It is a great honour that Kewenig can announce the unique exhibition “A Journey”, in which - for the first time - these three international artists with strong reputations are united together. In close collaboration with El Anatsui and Anish Kapoor, whom the gallery is showing for the first time, the exhibition is a composition in itself, and also a journey into the future. The show will take place on the occasion of Berlin Art Week and include a large-scale installation by Jannis Kounellis, surrounded by four new sculptures by Anish Kapoor, and three ‘fabrics’ by El Anatsui.

Ghanaian El Anatsui (*1944) has until now been an artist mainly shown in the context of so called ‘African Art’, although his work contains far more universal aspects. The shimmering metallic woven fabrics made of bottle tops, interrogate the history of colonialism and draw connections between consumption, waste, and the environment. But at the core the works are distinguished by their own unique formal language, diverging from traditional craftsmanship, and are instead pure painterly sculptures. As an architect of evanescent illusions and visual experiences, his works correspond deeply with the Arte Povera legacy that has marked the gallery since its beginnings, but also blur the lines between traditional concepts of painting and sculpture. Anatsui says: “The amazing thing about working with these metallic ‘fabrics’ is that the poverty of the materials used in no way precludes the telling of rich and wonderful stories”.

The Greek born Jannis Kounellis (1936 – 2017), one of the principle pillars of the gallery and a founding father of Arte Povera, has long acquired the status of a steadfast figure within the movement. Michael Kewenig and Kounellis travelled the world, working together and shaping the gallery’s history, but both died unexpectedly this year. Their spirit and aesthetic vision however remain perceptible in the gallery space. Combining art and history with the immediacy and tangibility of the present, was one of Kounellis’ great talents. The large-scale installation, consisting of hand sewn shells on canvas on a wooden cross, can be seen as a ‘nature more’ metaphor to urge us to enjoy life. This single work is placed centrally to bolster all three artists together in the exhibition, in direct visual contact with the installations by Anish Kapoor and El Anatsui.

Indian born Anish Kapoor (*1954) considers himself ‘a painter who does not paint’ and thus highlights his position between the classical artistic genres. Being one of the most influential artists of his generation, he has chosen to show in Berlin his most recent works, viscous, amorphous blood-red silicone figures. In contrast to the materiality of these sculptures stands a new version of his well-known ‘Mirrors’ that unusually does not give the viewer a reflection back onto themselves, but blocks their view and distorts the space around him leaving a sensation of disorientation. The artist himself describes his spellbinding mirrors as “Perceptually…very confusing. It’s as if one’s looking at space… kind of tumbling into itself.”

Not only are the geographic distances between these artists vast, also conceptually this exhibition traces thelong journey to where the gallery is now. It is a journey coming and learning from the past, creating experiences for today and leading us to an uncertain future full of ideas, however always remaining in dialogue with the artists and their work.