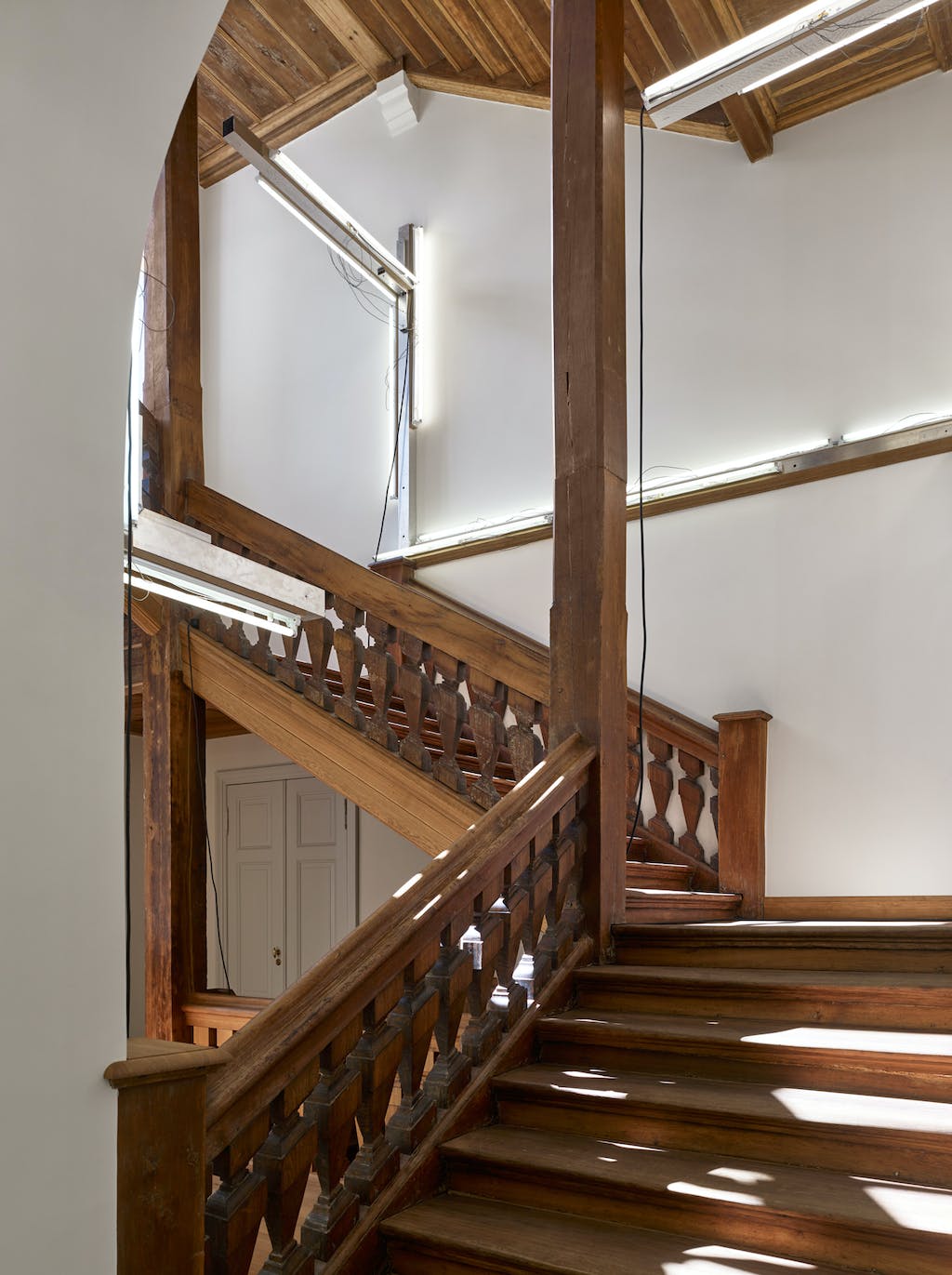 Cabrita (b. Lisbon 1956) is one of the most prominent Portuguese artists of the present. Among other venues, his works have been presented at the documenta IX, the 50th and the 55th Venice Biennale. Cabrita’s oeuvre is strongly defined by his origins and his surroundings. At the same time, he concerns himself again and again with fundamental issues of art, for example the concepts of painting and sculpture or drawing in space with sculptural means. In his work he breaks all the formal rules and artistic conventions and reinterprets abstract forms as magically enigmatic objects.

Painting forms the foundation of Cabrita’s complex oeuvre. His further development of this medium has led him to three-dimensional works and installations, and thus to architecture. In addition to abstract and expressive paintings, his oeuvre accordingly also encompasses melancholic-archaic sculptures of an improvised quality as well as large-scale installations. In the construction of these works he employs simple building materials such as chipboard, bricks and plaster, but also industrial elements such as fluorescent tubes, glass and steel beams. Complex structures that literally take possession of the exhibition space are the result.

Cabrita’s work creates an atmosphere of emptiness, solitude and silence. The stoically pensive character of his installations alludes to man’s homelessness as a fundamental constant of the conditio humana and is accordingly one of the most important leitmotifs in his oeuvre. The doors are nailed shut, the windows are blind, the walls have no supporting function, stairways lead to nowhere. The artist addresses themes such as space, territory, architecture and time, in which context he is concerned with existential questions about the self and cultural memory: “For me, an artwork is a produced reality that focuses the experience of reality as insight”,* he explains.

considers it the artist’s purpose to send out messages that transport memories and thus keep those memories alive. In his work he repeatedly emphasizes the essentiality of memory for our comprehension of the world. His focus is not on nostalgia, however, but on the power to undergo and bring about change. It is in this context that his explorations of architecture can be understood. He regards architectural structures as memory cast in form, as the embodiment of memory. In this connection he speaks of “aura”, by which he means the meaning and signs of the time interwoven with the architecture and mirroring human coexistence.

It accordingly comes as no surprise that Cabrita consistently enters into exchange with the venues of his exhibitions. On Gallery Weekend 2015 at Kewenig Berlin, for example, taking place during his show, not only will his aluminum, glass and wood constructions fill the gallery rooms, but an in-situ neon work will also meander its way upward through the Baroque staircase.