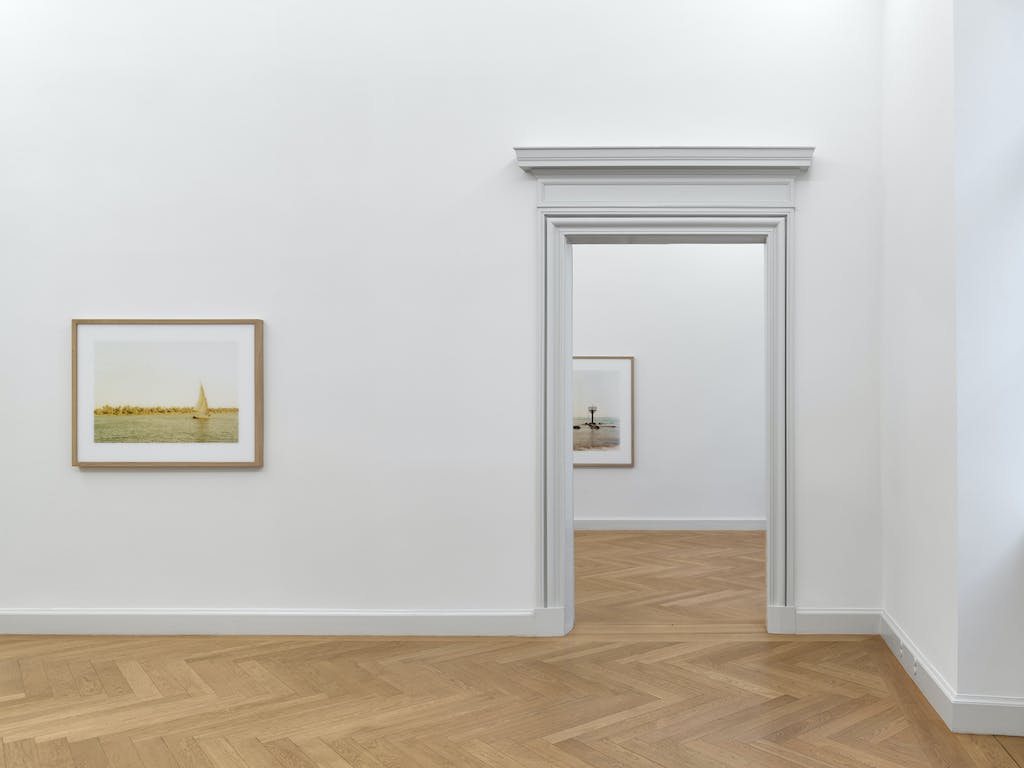 KEWENIG is pleased to present the work group «Morgenland» by the German artist Elger Esser, who studied in the 1990s under Bernd and Hilla Becher. It marks the third solo exhibition of the artist with the gallery.

The photographs from the series were made between the years 2004 and 2015, in which Elger Esser perambulated amongst other locations, Israel, Egypt and Lebanon. With palm-lined riverbanks between Luxor and Aswan, as well as the Lebanese coast, Esser captured traditional Feluccas and Dahabieh sailing boats with his 8 x 10 camera. The shots produced in Israel from culturally significant locations such as Acre, the Sea of Galilee, or Jisr az-Zarqa, were likewise photographed analogue. Like many compositions of Esser's, these works are also dominated by water and far horizons emphasising an expansive sky, conveying silence and the sublime. They stand in stark contrast to the poverty and bloody conflicts, which the media conveys on these regions.

The three dimensional addition to this photographic journey is the workgroup 'One Sky' from 2015. Silver-plated copper panels printed on both sides, invite the viewer to move around the work. With the help of a second photographer, simultaneous panoramic views of the skies over the Israeli-Lebanese border are formed. The perspectives - one from the Lebanese viewpoint and one from the Israeli side - convey the desire for exchange between the two antagonised states.

A modified form of the exhibition «Morgenland» was shown earlier this year at Parasol unit foundation for contemporary art (29 March - 21 May 2017), the artist's first show in a public institution within the United Kingdom. A catalogue of the series was published in September by Schirmer/Mosel in Munich.