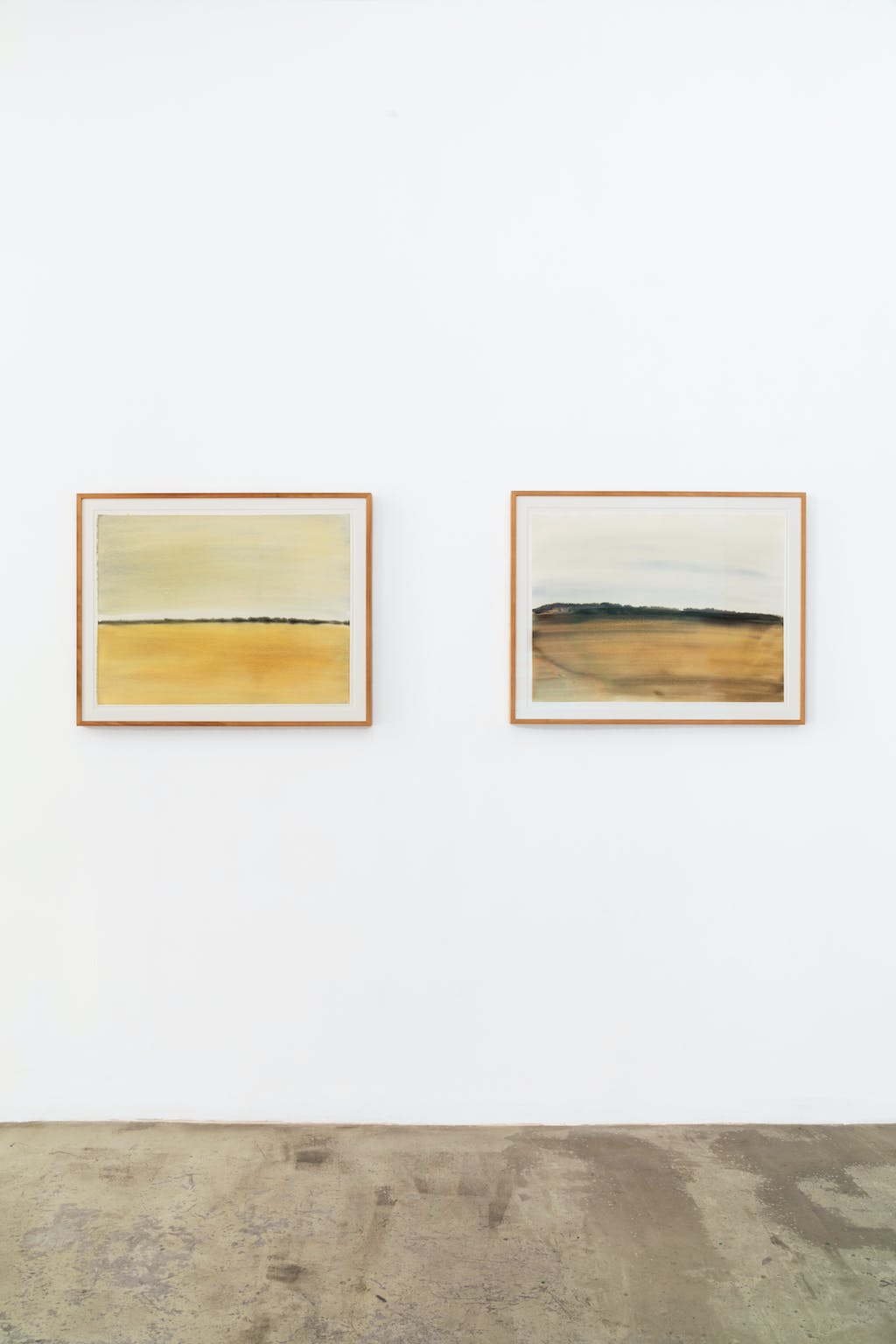 In "Still Land" we can observe a new beginning, a world that reveals itself and that emerges after the nocturnal and the latent. A pristine look discovers its existence and what surrounds it, because behind each decline life emerges again, thus closing the circle. Gelabert expresses on paper the lack of pure form. Through his technique, which uses watercolor, pigment, ink and natural rubber, he achieves intuitive landscapes.

Ignacio Gelabert lives and works in Palma. His art career began twenty years ago. When he was studying philosophy there was an inherent need to have a wider form of expression, without limitation of the word. After moving to Granada, he finds an escape route in the visual medium. His search for knowledge in this medium takes him to Barcelona to be trained in engraving at the Escola Masana d'Art i Disseny, and to complete an artistic residency in Sant Pere de Vilamajor. He travels to Berlin where he settles for three years and participates in several exhibition spaces such as M+Gallery in 2004 and Uferhallen AG in 2008. Gelabert’s work has also been exhibited at Xia Gu Shu Yu Art, 798 Art District, in Beijing or at the Bruno Alonso Foundation in Santander, among other spaces. However, his classic influences are more literary than pictorial, in Dante Alighieri, Ezra Pound or T.S. Elliot, he finds the purity of the word and, like them, takes it to practice making use of the minimum visual elements, to be direct, with no complexities.