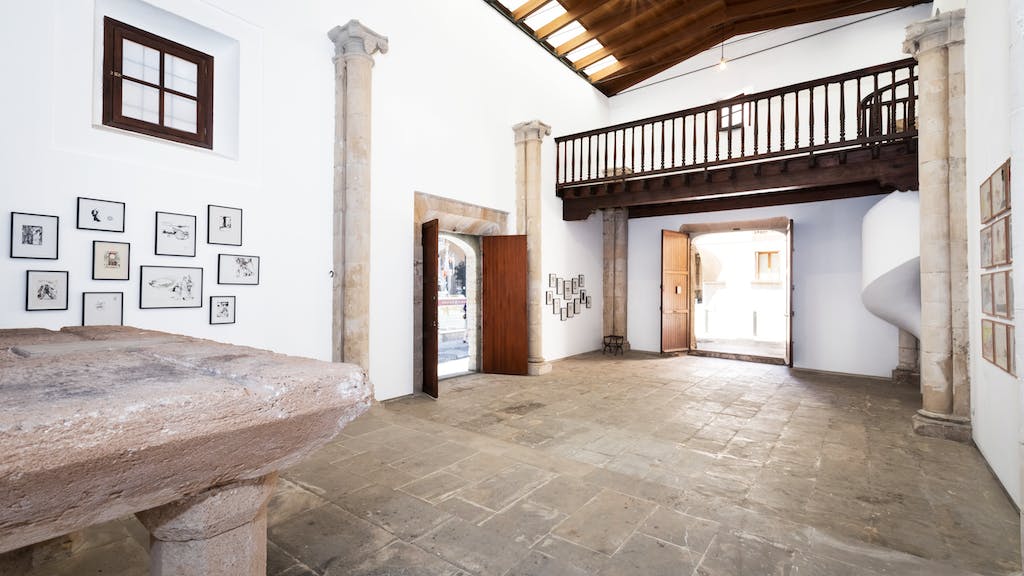 KEWENIG is pelased to present an exhibition with drawings by the russian artist Pavel Pepperstein (*1966, Moscow). Together with illustrations for his collected short stories, Pepperstein's new series 'Animals and Supremas' (2017) will be shown in the Oratori de Sant Feliu. It is already the third exhibition of the artist in the Palmeser gallery space. The artist was also represented already in the former Cologne gallery space and had a solo exhibition in the gallery's Berlin premises in 2016.

Pepperstein is one of the leading representatives of the younger generation of Moscow Conceptualism. The visual artist, writer, filmmaker and art theorist founded together with Sergeji Anufriev and Yuri Leiderman in Russia, the group of artists 'Inspection Medical Hermeneutics' (1987) and published theoretical and literary texts (eg: 'Binoculars and Monocles'). As the son of the painter Viktor Pivovarov, Pepperstein grew up around the Moscow conceptualists, Ilya Kabakov and Erik Bulatov, who stayed afloat in the Soviet era as children's book illustrators. Growing up with their drawings, their fairytales and narrative qualities are incorporated into his own art today. In the interplay of text and image, the subtle poet and virtuoso draftsman creates surreal narratives. Allusions to the art of the suprematist avant-garde, such as El Lissitzky or Kasimir Malevich, he combines with science fiction scenarios in the style of Hollywood.

In his latest series 'Animals and Supremas', which is eponymous for this exhibition, Pepperstein exhibits on 12 pages in watercolour and ink, wild animals that evoke utopian futuristic visions along with architectonic suprematist forms.

The second part of the exhibition is a further series of works on paper, which were created as illustrations to Pepperstein's short stories. The stories, published in the two volumes 'The Age of Theme Parks' (Garage Museum, 2018) and 'A Traitor to Hell' (New Literary Observer, 2018), often refer to Russian-American themes such as the Cold War, the three world religions or abstraction versus figuration. They were compiled by Pepperstein originally under the working title, 'The Secret of Our Time ' and have been illustrated since 2008 with ink drawings.