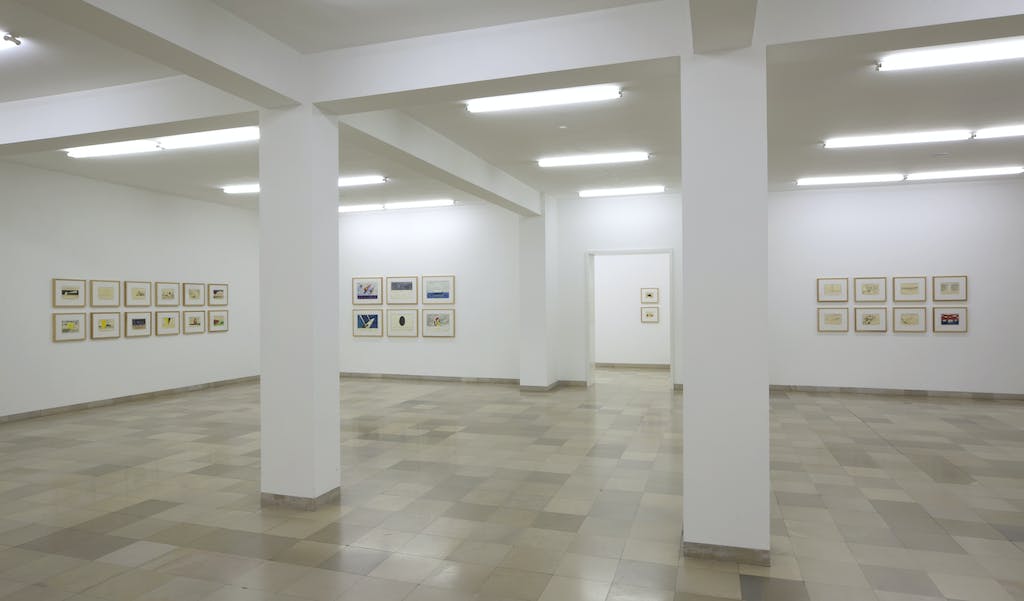 At the common opening of the Düsseldorf-Cologne galleries, the Kewenig Galerie is showing drawn visions of landscapes by the Russian artist, Pavel Pepperstein. Born in 1966, he is one of the leading figures of the younger art scene in Moscow. Pepperstein's drawings came about in 2009 for the Russian pavilion at the Venice Biennale. His works on paper in water-colour show Utopias of future megalopolises, their architecture and monuments. He draws possible religious conceptions, technical developments, cultural trends, weather phenomena and political topics in a far-off future.

As one of the leading representatives of the younger generation of Moscow conceptualism, Pepperstein at first became well-known in 1987 as a member of the artists' group, Inspection Medical Hermeneutics, together with Sergei Anufriev and Yuri Leiderman, and also with the publication of theoretical and literary texts. At the end of the 1990s, and at the latest since the 2009 Venice Biennale, he became known as a solo artist to an international audience. In his writings on art theory, Pavel Pepperstein has engaged repeatedly with the development and identity of contemporary Russian art and its repositioning since the end of the Soviet Union. In his works he places the tradition-enriched symbolism of suprematism next to typical Russian symbols or text fragments, combining past myths with present-day events and visions of the future. At the Biennale, Peter Richter from the Frankfurter Allgemeine Zeitung (FAZ, 7 June 2009) described him as a "magnificent futuristic designer of monuments, a very sensitive and ironic executor of the state aesthetics of Tatlin and Rodchenko".

Following the presentation in Venice, Pavel Pepperstein’s cycle, Landscapes of the Future, was shown at the Liechtenstein Art Museum in Vaduz and at the Museum for Contemporary Art in Siegen. After these displays in public museums, it will be exhibited for the first time once again at the Kewenig Galerie.