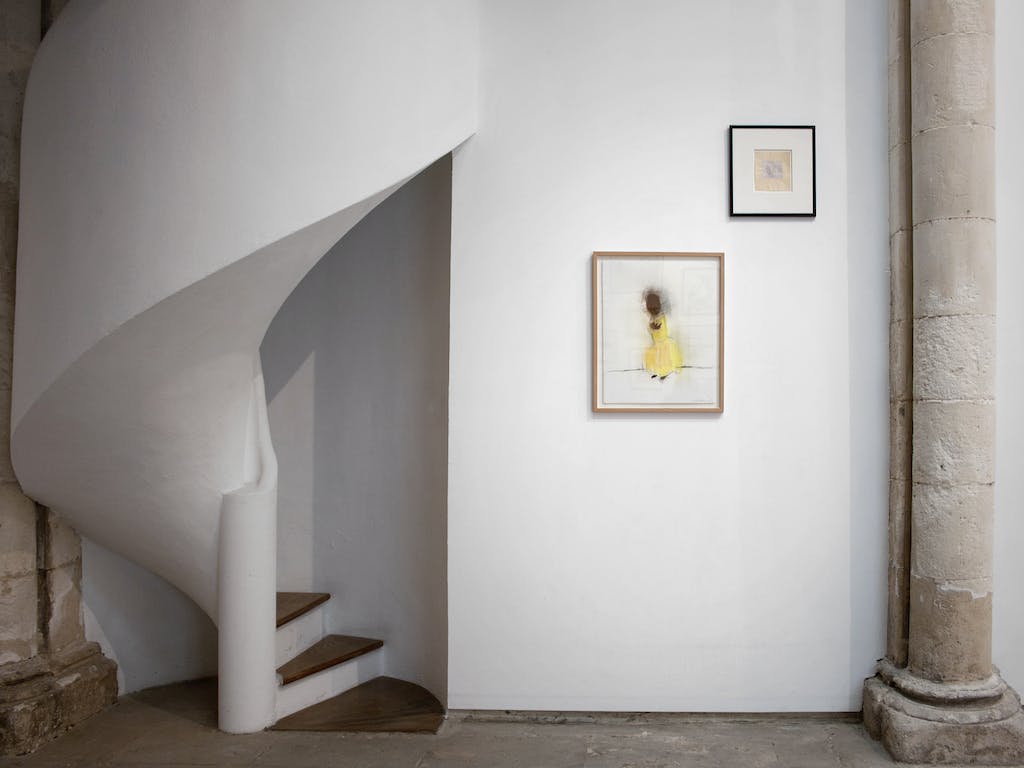 The tenth anniversary of the Kewenig Gallery in Palma de Mallorca, provides the perfect opportunity to present an extensive and varied illustration of the artistic path of Kewenig. The exhibition entitled Paper i Cartró, shows works by international artists on cardboard and paper, and encompasses virtually all of the artistic approaches introduced in the last decade, in both individual and collective exhibitions. With paper, as the common theme in terms of aesthetic stance, Paper i Cartró brings together numerous ways of proceeding in a medium of artistic tradition, ranging from the first outline of the artistic process, up to the perfect graphic or pictorial completion.

The period of the works exhibited takes as its starting point, three work of Francis Picabia (1879-1953) from the beginning of the 1920s, jumping to the 1970s with a Chinese ink drawing by Marcel Broodthaers (1924-1976), until we find ourselves in the more recent present.

Markus Lupertz (*1941) is represented by black and white acrylics with a bird of prey motive, could be in dialogue  with the  birds of the Mallorcan based artist Marcelo Viquez   (*1971).

Along with Viquez, Ralf Ziervogel (*1975) and Pepe Vives are the youngest artists in the exhibition. Initially barely visible, Ziervogel, with a detailed drawing technique and authentic watermark, of the moment of a tear in the human body.

In contrast, there are works full of humor by  Victor Pivovarov (*1937) and his  son Pavel Pepperstein (*1966), important representatives of the old and new generation of Muscovite conceptualism.

Paper houses by Sandra Vásquez de la Horra (*1967), and Ivan Bazak  (*1980) are works in which both artists, in their own particular way, turn the paper into a three dimensional sculpture.

In a series of 12 works, Imi Knoebel (*1940), in a play of red and black dynamic strokes, puts to the test pictorial medium - color, shape and line.

The sculptor and multimedia artist Mallorcan Bernardi Roig (*1965) is exhibiting for the first time in Kewenig. His artistic work always focuses on the representation of the human body, which distances itself through elements such as light, fire, ash and charcoal.

The installation of each work at different heights in the Oratory, enhances the levity of the works by creating a rythmic framework.

The contents of the existential, works against the specific space, making the visitor enter into a multiple sustained dialogue between the works themselves, the space and its history.