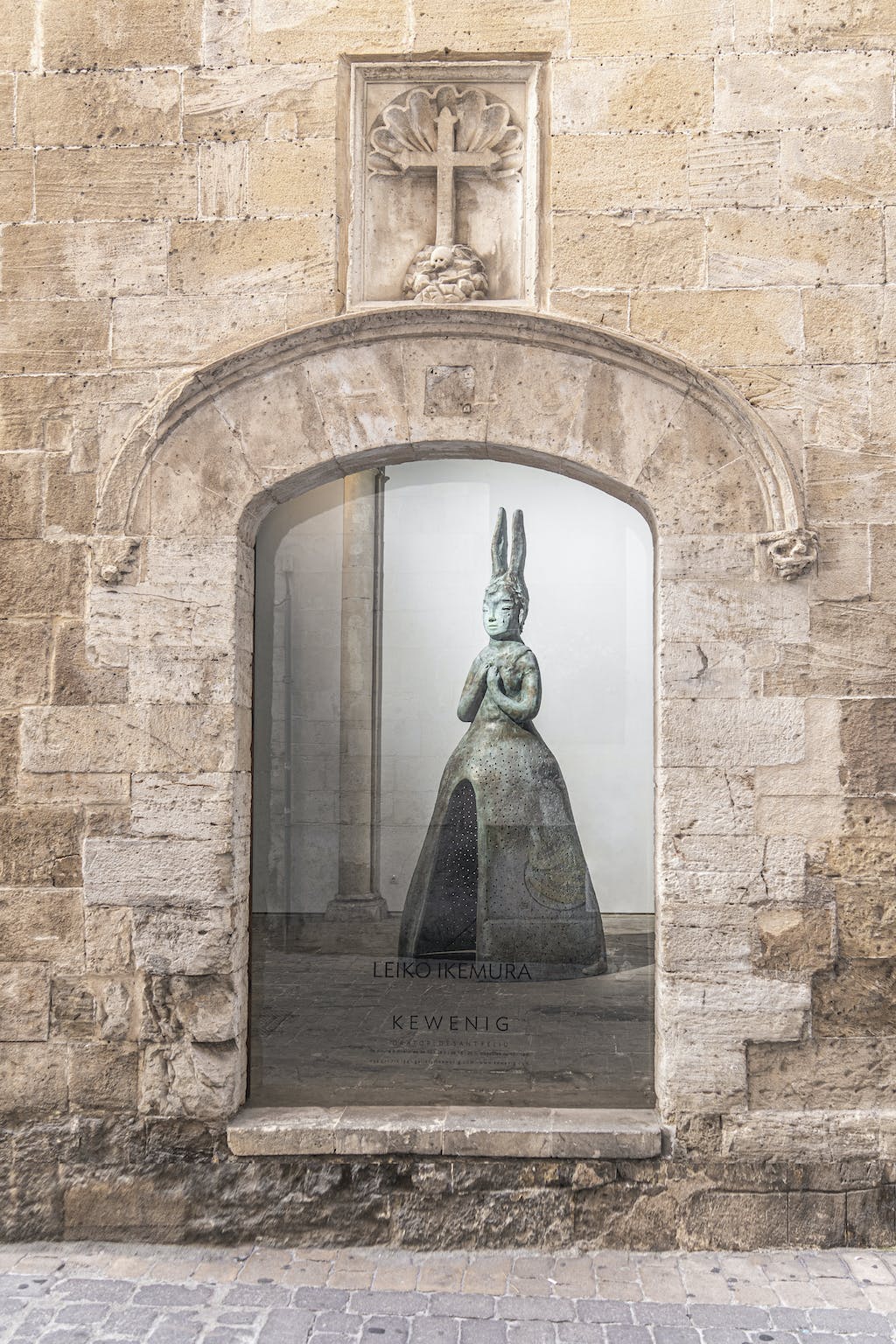 Leiko Ikemura’s bronze sculpture 'Usagi Kannon'– a monumental ﬁgure with rabbit ears and a human face – is one of the artist’s most signiﬁcant motifs. The 2011 Fukushima nuclear disaster and the subsequent birth defects in animals inspired the Japanese artist to create this sculpture. Usagi Kannon (jap. Rabbit Madonna) is reminiscent of temple sculptures and its walk-in bell-shaped skirt becomes a protective shrine. Ikemura originally conceived two Usagi Kannon as a couple: one with a smiling face as a hope-giving ﬁgure for all growing people and living things, and a mourning one,  dedicated to the people and living beings who died and suffered losses.

The artist herself describes this hybrid creature as a symbol of life and care: 'The skirt is like a cave where you can seek protection, with light sources in it through the holes in the skirt and the hole in the head and thus the light from the sky. The small holes and the darkness in the skirt create a star-like phenomenon as if you were protected inside the universe.'Usagi Kannon is a synthesis of the Eastern and Western culture, standing between the Buddhist tradition of Kannon and the Christian iconography of the Virgin of Mercy.

'Usagi Kannon II' is part of the collection of Museum für Ostasiatische Kunst in Cologne, while another version of 'Usagi Kannon I“' is permanently installed at the Stein Egerta sculpture garden in Liechtenstein. The National Art Center in Tokyo recently dedicated an extensive retrospective to Ikemura, where both 'Usagi Kannon' were installed, both indoors and outdoors. The show later travelled to the Kunstmuseum Basel in 2019.

In the space adjacent to the Oratori De Sant Feliu, we present a selection of sculptures by Ghada Amer, Leiko Ikemura, Marcelo Viquez and Bernardi Roig – artists who have accompanied and formed the program of the gallery in Palma for many years – being a small preview of what will come next.