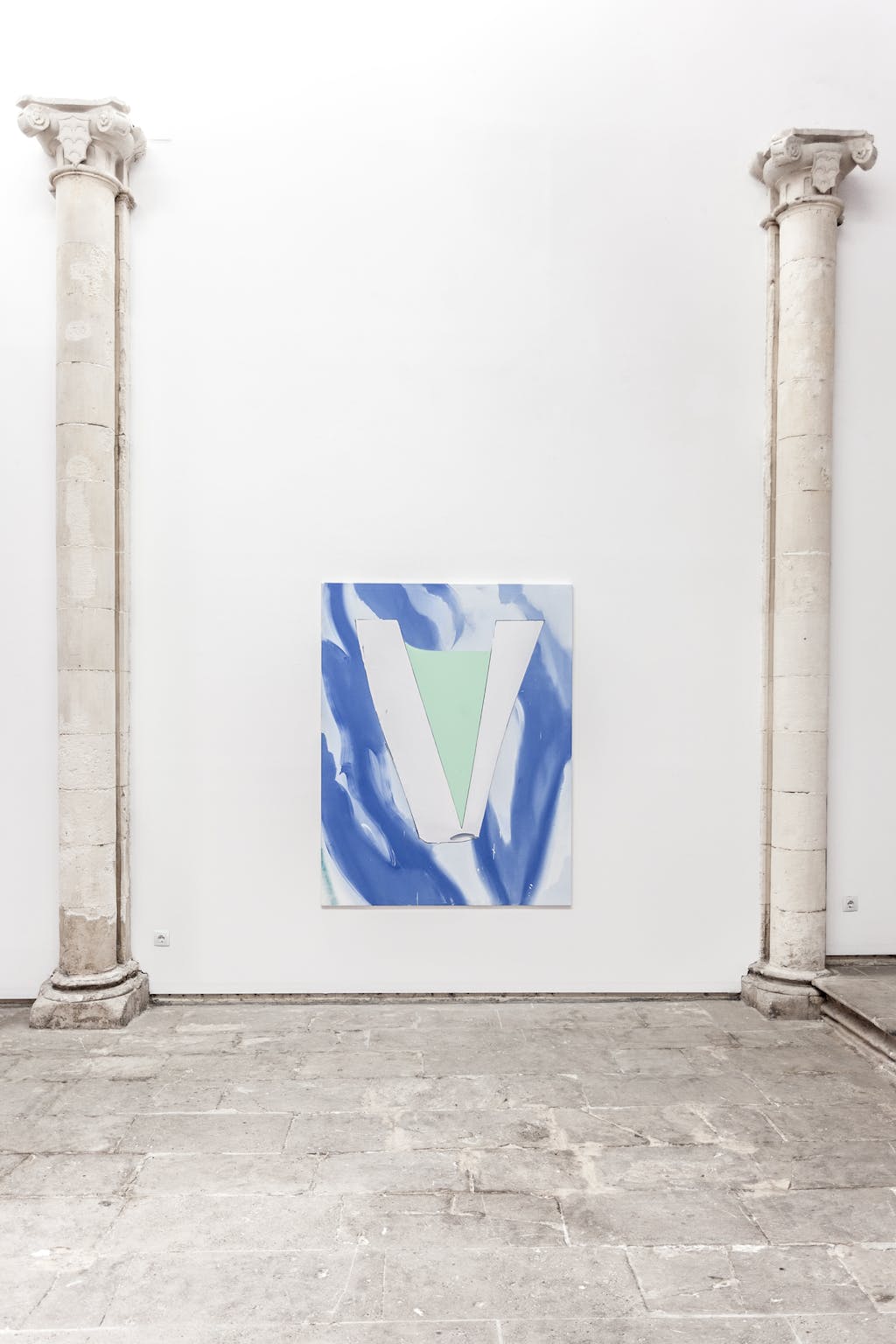 »White, indeed« is the first solo exhibition of Tomáš Absolon (Czech Republic, 1987) on the island, opening on 19 September, to mark Nit de l’Art 2015. The body of work produced especially for the occasion, reflects certain ontological ideas applied to the object, as volume, the dynamics of nature, as movement, in contrast with the rigid order of composition of visual strategies of design theory.

Absolon confronts white not only as a starting point for the creative process but also as an end in itself. As if we were dealing with a cycle, in the middle of which white appears continuously as the missing element, the element that answers some of the questions posed by Absolon through his painting – what is missing and where can one find it?

The space is represented as the first frame of the work. A frame that in this case corresponds to the Oratori de San Feliu, which welcomes between its columns, a sea of blue and white, blues that according to the artist float with a lightness that their condition of colourawards. Free of historical burden, the blue appears to contrast with the solid yellow and the connotations that space and time suggest through the stone or the dense mass of the altar. Thus arises a strictly visual platform, where the emotional values of colour and the significance of the composition of the symbols on which he draws, basic and recognizable elements, that sometimes force the observer to admire the work with some irony.

In recent years this young artist has explored the possibilities and limits of a repertoire defined by a pattern of constant repetition of a distinctive gesture, delicate and sensual, in turn structural, reflecting the depth of his work.