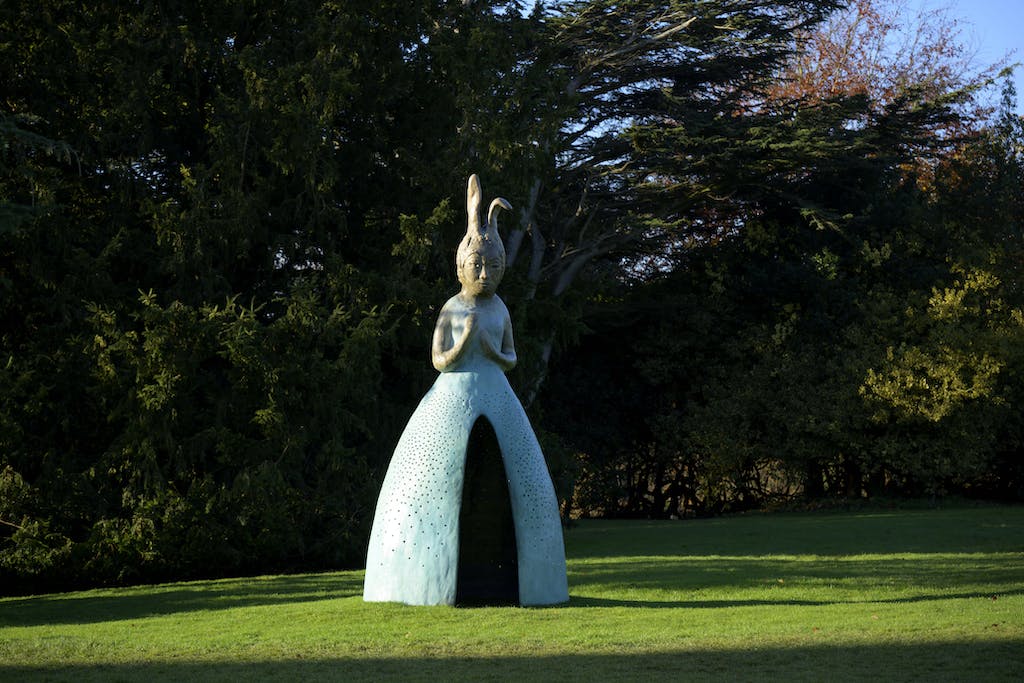 The happy Usagi Kannon is part of two Usagi Kannons that were originally intended as a couple. Created in response to the tragic event in Fukushima, these monumental sculptures are supposed to give both comfort and hope.

The Usagi Kannon in tears was dedicated to the people and living beings who died and suffered the losses. The other Usagi Kannon with a slight smile was a hope-giving figure for all growing people and all living things. She has an archetypal femininity that both gives life but also means care. The skirt is like a cave where you can seek protection, with light sources in it through the holes in the skirt and the hole in the head and thus the light from the sky. The small holes and the darkness in the skirt create a star-like phenomenon as if you were protected inside the universe. The sculpture thus owns an interactive level, it can be entered. Since the work is directly related to nature, it is meant to be outdoors and create a direct connection between earth and sky.

The sculpture is also a synthesis between cultures. Not only the eastern Kannon tradition originating from Buddhism, but also the Virgin of Mercy from Christian iconography, which is seen in relation to the western tradition, are an inspiring formal language of the spirituality associated with the East and the West.