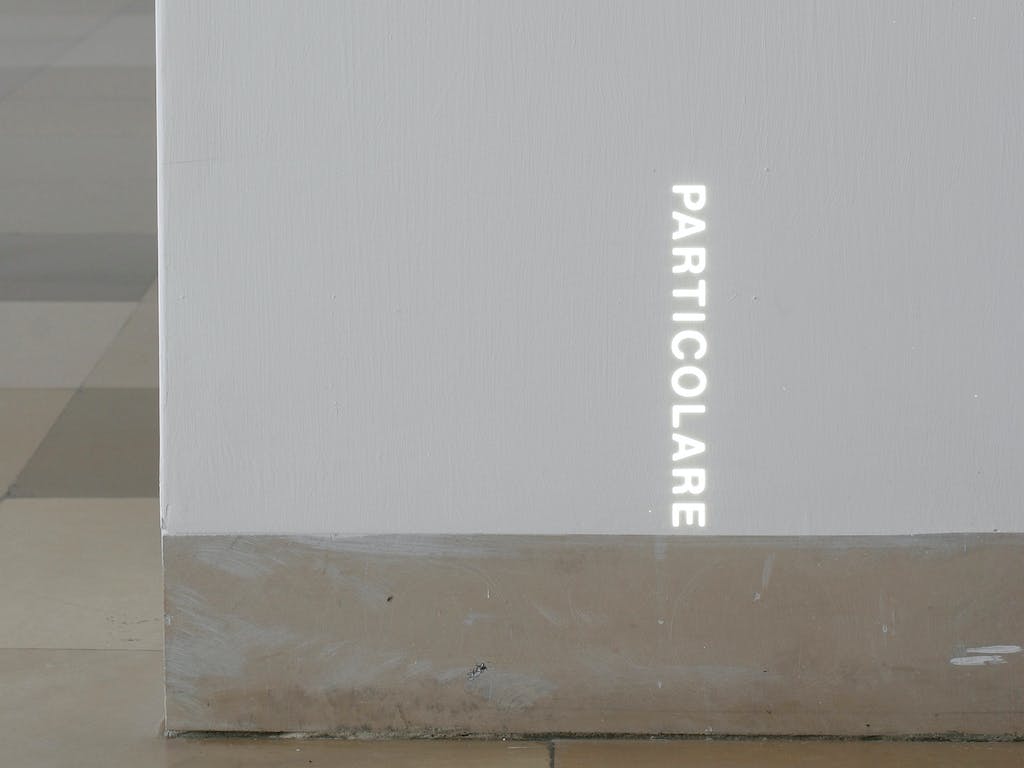 Giovanni Anselmo is a key figure of the Arte Povera movement. Born in 1934 in Borgofranco d’Ivrea, Italy, he currently lives and works in Turin. His work explores the physicality of the sensitive world by exposing the invisible forces of nature.

Anselmo combines natural materials such as wood and stone with organic elements like food, soil, or sponge, that he chooses for both their intrinsic features and their cultural values. By using antagonist components in a single work, he builds a dynamic dialogue that physically translates into a delicate balance, for instance in ‘Senza Titolo’ (1968), a lettuce is attached to a granite block by a copper wire, or in this other ‘Senza Titolo’ (1967) where an iron bar is resting against a stretched plastic sheet. The viewer is invited to observe the forces at play in works that do not seem static objects, but rather animated demonstrations of the laws of physics.

This strategy allows Anselmo to anchor his work in the tangible world, proposing an experience rather than an image, and hence establishing a closeness with the beholder. Reflecting on invisible laws that rule us, Anselmo’s oeuvre echoes the social consciousness that spread over most of Europe in the late 1960s, and it is central to a critical apprehension of the changes that affect the relation between artist and viewer at the time.

Giovanni Anselmo’s works were included in the seminal exhibition ‘Live in Your Head: When Attitudes Become Form’ curated by Harald Szeemann at the Kunsthalle Bern in 1969, as well as Documenta in 1972 and 1982, and the Venice Biennale in 1978, 1980 and 1990 – that year he was awarded the prestigious Golden Lion. Most recently, solo exhibitions have been held at the Accademia Nazionale di San Luca, Rome (2018); the Castello di Rivoli, Museo di Arte contemporanea, Turin (2016); the Musée d’Art Moderne et Contemporain Saint-Étienne Métropole, Saint Étienne (2015) and Kunstmuseum Winterthur, Winterthur (2013), amongst others.

A show about nothing, New Contemporary Art Museum, Hangzhou, China