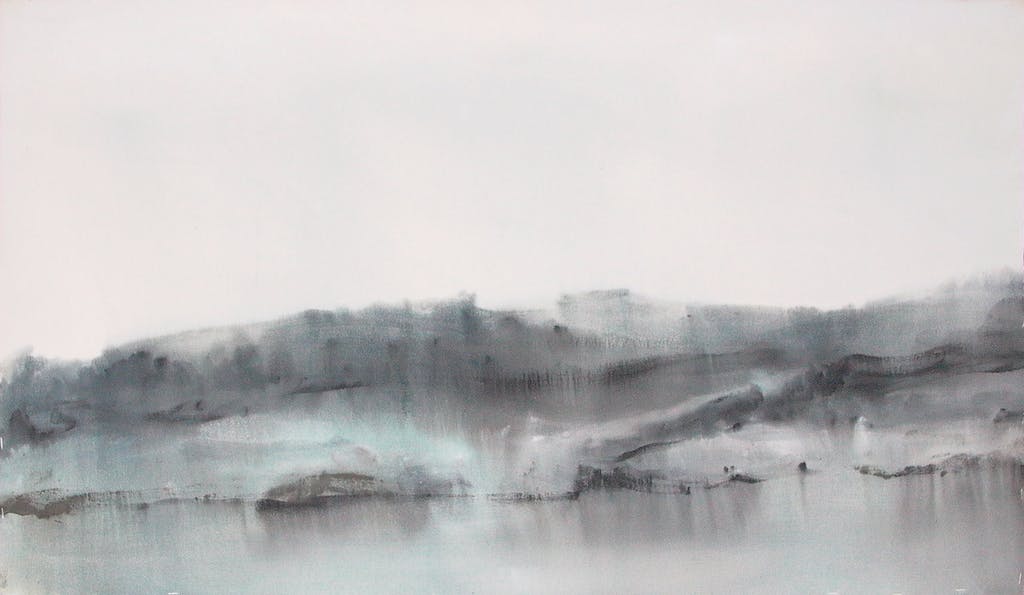 Ivan Bazak (b. 1980 in Kolomyia, Ukraine) is a stage director and artist who works in a variety of media, including performance, video, painting, sculpture and photography. As painter, he is mostly known for large melancholic landscapes, abstract compositions made of quick grey brushstrokes, while exploring social and political issues through performances and workshops he directs on and off stage.

Bazak’s paintings translate into a predominantly grey palette of contemplative landscapes and poignant portraits of ghost-like characters. Another aspect of his visual work focuses on architecture, rendered through photography, painting as well as objects that develop into series of typical buildings, e.g. churches or factories. These leitmotifs embody such political issues as migration, identity and cohabitation, which are at the core of Bazak’s performative approach.

His creative process is informed by a wide array of sources, such as history, memory and traditions, in an attempt to question the place of the individual in a given social context through experimental performances. Bazak has worked in prestigious venues such as the Staatsoper Hannover, the Deutsche Oper Berlin, the Theater Basel and the Schauspielhaus Wien amongst others. His performative work has been the subject of several publications such as Plätze. Dächer. Leute. Wege. Die Stadt als utopische Bühne (Places. Roofs. People. Paths: The City as Utopian Stage) published by Transcript in 2015.