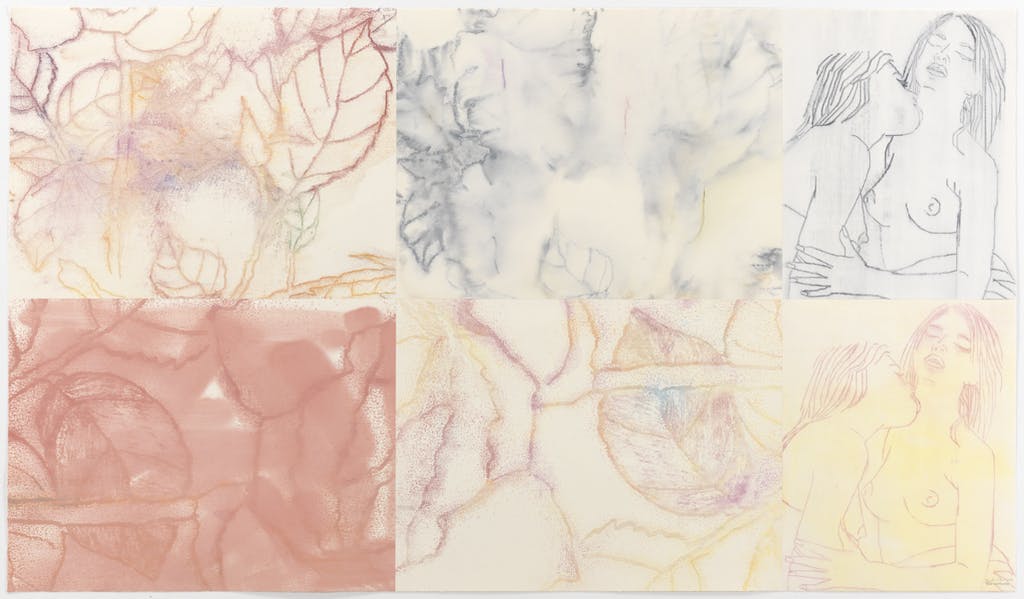 Reza Farkhondeh is an American-Iranian artist living and working in New York City and Paris. He is known for his widespread artistic practice ranging from videos and short films to drawings and paintings. Farkhondeh’s early oil painting consist of a series of ‘99-cent, Made in China’ plastic objects, mostly toys such as glittering cars, airplanes and boats, soldiers, guns and wildlife. These human-height-scaled paintings cover the most iconic images of Western popular culture, but as these objects were initially designed and produced in Western countries, Farkhondeh questions the notion of originality in culture in the age of globalization. Since 2001, using different materials like fabric, masking tape, glue and gel, acrylic and watercolour, Farkhondeh has been working on the subject of broken and repaired landscapes, including interior ones that the artist seeks to save and mend. Farkhondeh also works with texts that examine the evolution of our social, political and cultural societies.

Farkhondeh and Amer met in 1988 during their studies at the Villa Arson National School of Fine Arts in France; it is only since 2001, however, that the duo have started collaborating on varied series of drawings, paintings, prints, performance and video art. Their collaboration covers their individual concerns, visions and personal approaches in one practice of making art. Signing their collaborative works together, they prove that making art is not about gender, power or fame, but about welcoming the status of combined authorship, which according to Amer and Farkhondeh is a creative source and an inspiring open window to art making. In doing so, their collaborative works on paper evolve organically, enriching each other’s visual vocabulary.

A comprehensive selection of their collaborative drawings, made since the early 2000s, were recently presented at the Dakar Biennale of 2018. During their residency at Cerámica Suro in Mexico, in the summer of 2018 and continuing into the winter of 2019, Amer and Farkhondeh expanded their collaboration to the field of ceramics.