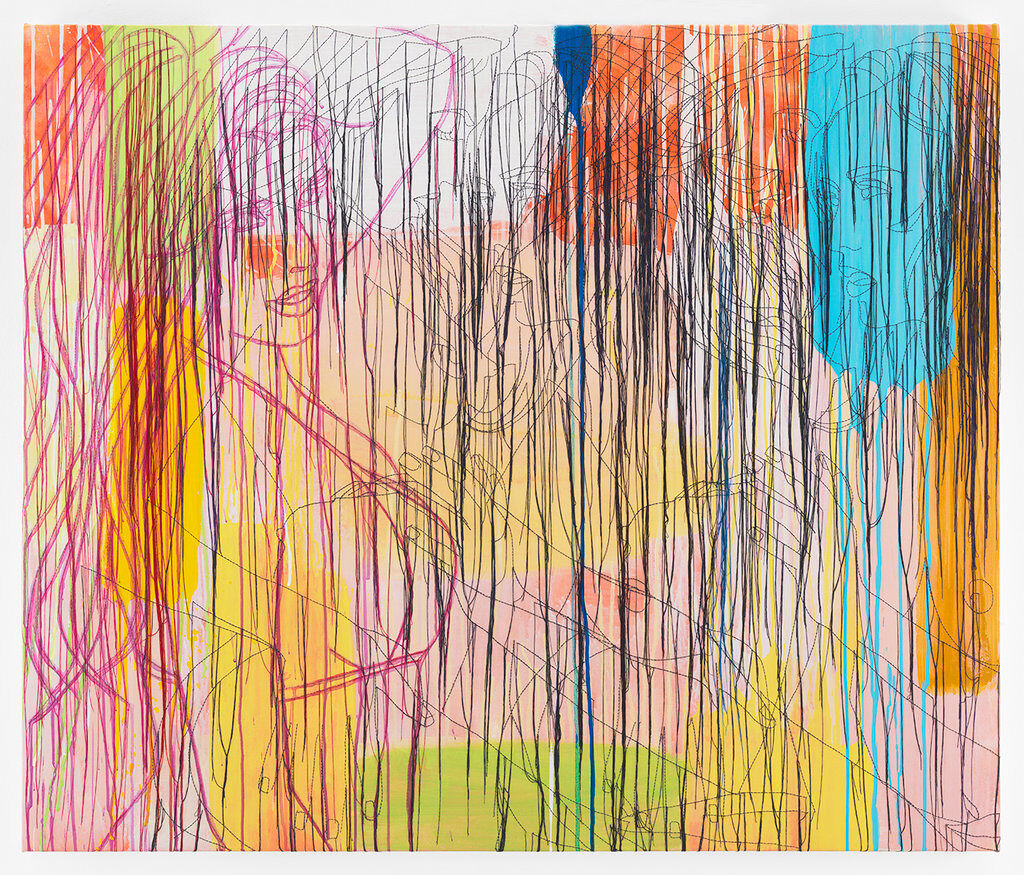 American artist Ghada Amer, born in 1963 in Egypt, lives and works in New York City. Amer has made a name for herself with multi-layered embroidered depictions of female sexuality on canvas. Closely linked to an aesthetic language reminiscent of specific crafts traditionally associated with women, her works question established power structures and gender stereotypes. In many of her works, Amer makes use of writing, mostly extracted from texts by feminist activists. This also includes the obliteration of women from Western art history. Having experienced an art world dominated by white men ever since her MFA studies, painting and creating her own pictorial language has become an act of rebellion.

In 2014, Amer started working with clay, a material which allows her to paint outside of the canvas and to unite the medium with the sculptural aspects of ceramics. During several residencies at the Greenwich House Pottery, in New York City, and Cerámica Suro, in Guadalajara, Mexico, the artist has been creating an extensive body of outstanding ceramic works since then. Amer’s sculptural practice further comprises outdoor installations and gardens, such as her large-scale public sculpture ‘Today 70% of the Poor in the World Are Women’ (2001/2020) pointing out gender inequality in huge red letters, or ‘All Oppression Creates a State of War’ quoting Simone de Beauvoir’s ‘The Second Sex’.

Together with artist Reza Farkhondeh, Amer has established a long-standing collaboration from which result varied series of drawings, paintings, prints, performance and video art, and most recently ceramic works.