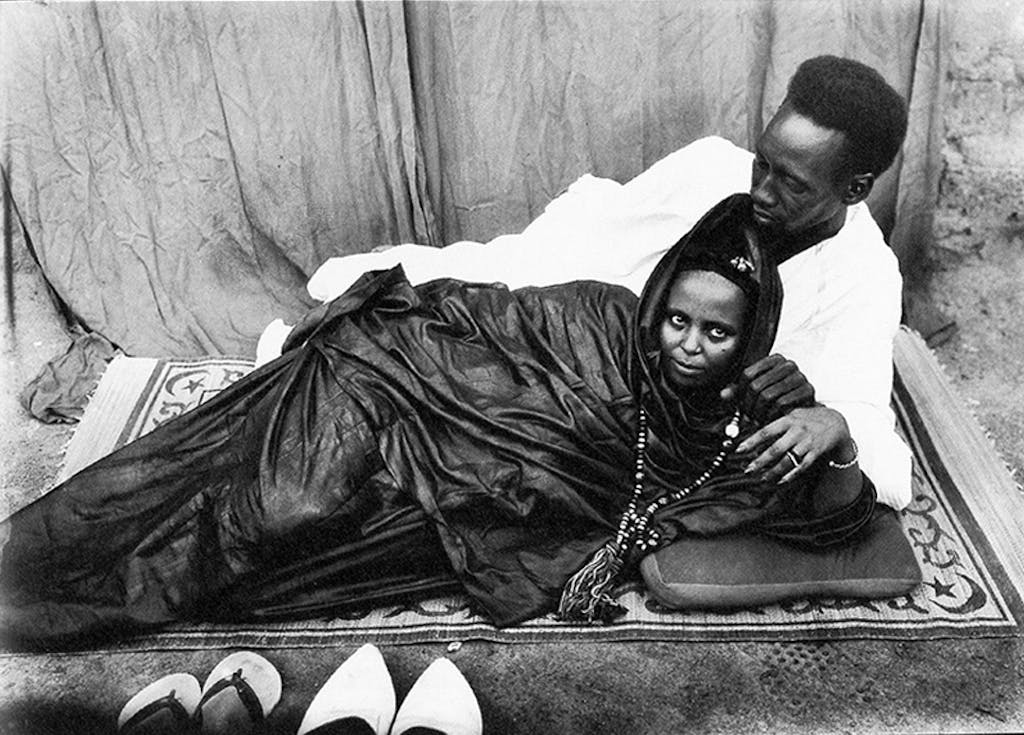 Seydou Keïta was born 1921 in Bamako, Mali. He started experimenting with a Kodak camera his uncle gave him at age sixteen, and opened his photographic studio in 1948. Acknowledged as one of the most important portrait photographers of the 20th century, he produced an iconic body of work that breathes sophistication and modernity.

Between 1948 and 1962 Keïta photographed hundreds of sitters – women, men, families, children, couples – depicting them in their best light to create perfect portraits in black and white. He took charge and decided every aspect of the composition – elegant poses, the gaze, the position of the hands – also adding props and lending accessories, such as glasses, a watch or a hat if needed, to create highly refined pictures. The backdrop – that changes on a regular basis and later helped Keïta to date the images – either contrasts with the sobriety of the outfits or echoes their rich patterns. Keïta’s camera records the changing Malian society in the years leading up to the independence of the country. His sitters – whether wearing traditional or European outfits – aspire to change, to a different society, and this modernity is encapsulated in their attitude. Keïta closed his studio in 1962, when he became the official photographer for the Malian government. He died in 2001 in Paris, having lived to see his work become internationally acclaimed in the 1990s.

In and Out of the Studio: Photographic Portraits from West Africa, Metropolitan Museum of Art, New York, NY, United States (group show)