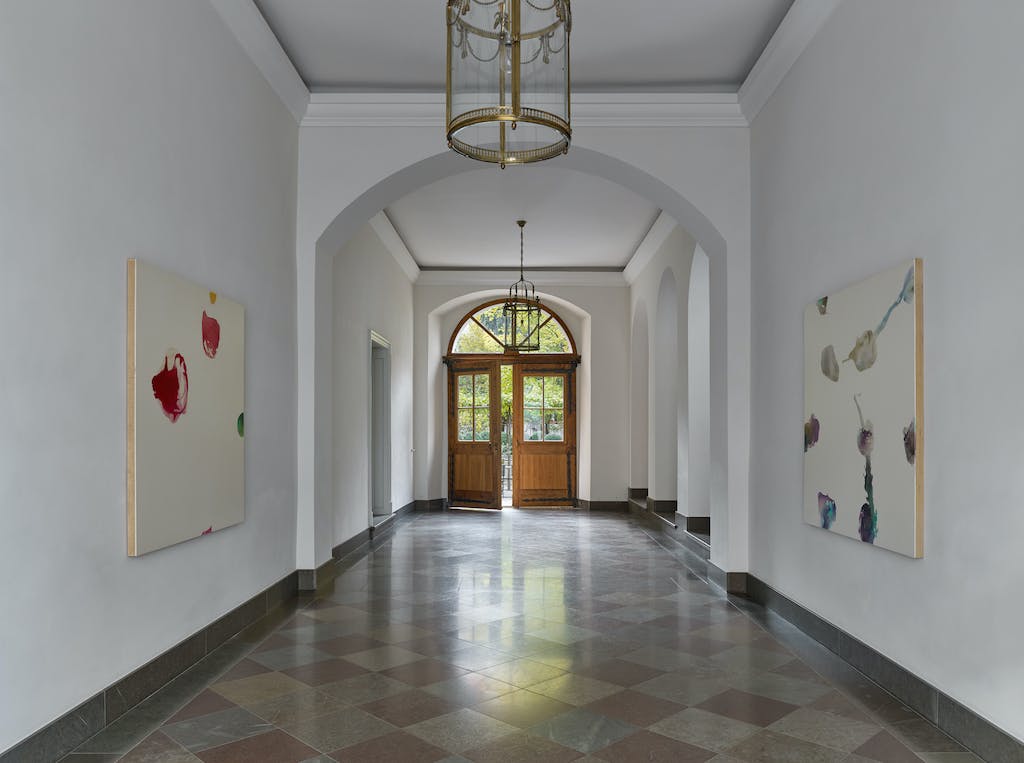 KEWENIG is pleased to present the exhibition »Malerei 2003 - 2018« with works by Bernd Koberling (*1938, in Berlin) on the occasion of his 80th birthday. Koberling is one of the most important German painters of his generation who has continuously succeeded in reinventing and developing his artistic language during his 60 year career. This not only created a unique body of work, but also a “Vital Echo” amongst his peers and the following generations of younger Berlin artists. The first exhibition of the artist in the gallery’s Berlin space sheds light on the last 15 years of his work, in which he concentrated primarily on his so-called ‘Plattenbilder’ (1999-2011) and ‘Ölbilder’ (since 2012).

Just how essential the encounter with nature is for Koberling’s art is reflected in the titles of his works, such as ‘Sonnesonnen’, ‘Autumn Heath’ or ‘Naturblock’. The exhibition begins with a space dedicated to the painter’s watercolour works.  Koberling creates his watercolours – a technique that he continues to use to this day - during his annual visits to Iceland. This unique and extraordinary landscape exerts a special influence on the artist and has been an important subject of his painting since the 1960s. The fissured, rugged fjords of the eastern coast of Iceland have become the artist’s second studio since 1977, every year for several months. Here he brings to paper in flowing colours, his impressions of the volcanism and water abundance of the island's landscape. Based on these resulting paper works, Koberling painted the series ‘Memories of Water’ (2008). They are part of his group of works ‘Plattenbilder’, which were created between 1999 and 2011. In them, Koberling focused entirely on the properties of the running acrylic paint on either wood or aluminium substrates. Before they finally receive the finishing touch from the artist’s hand, he allows the bright colours to flow over and into each other in a highly diluted manner on their white gesso base.

After using acrylic as a medium for more than ten years, Koberling returned to oil painting in 2012. Beyond this break, connecting lines between the two groups of works are always visible. Here, he often uses very diluted paint, so that the differentiating layers penetrate each other, much like the glazing technique of the Old Masters. In ‘Beyond the Light – Inverted Darkness No. 2’ (2013) the compositional lightness of the plate images is preserved on the canvas, which gradually condenses in other images of the series. In shades of grey the work evokes the winter mood of an evening snow storm or the bursting ice of a frozen lake. On the dark background of ‘Großer Strom 2’ (2014), straight and curved lines of varying thickness playfully form a network of accents in pinks and whites that look like petals. Koberling refers to the Arctic Willowherb in the small format ‘Eyrarrós - Klang no. 5 '(2016): Its delicate colour, contrasted with the black of volcanic rock is dedicated to the perennial Icelandic plant.

In Koberling's most recent works, the compositions have intensified greatly, their expression reminiscent of his earlier oil paintings from the '90s. Emotions and impressions flow through his direct and intoxicating, rousing gestures, that is always moving and alive. In ‘12 Jahreszeiten’ or ‘Halb in der Strömung’ (both 2018) he allows intense tones to culminate in radiant colour spaces that are not a reflection of a landscape seen, but rather show the beauty and symbol of experienced nature.