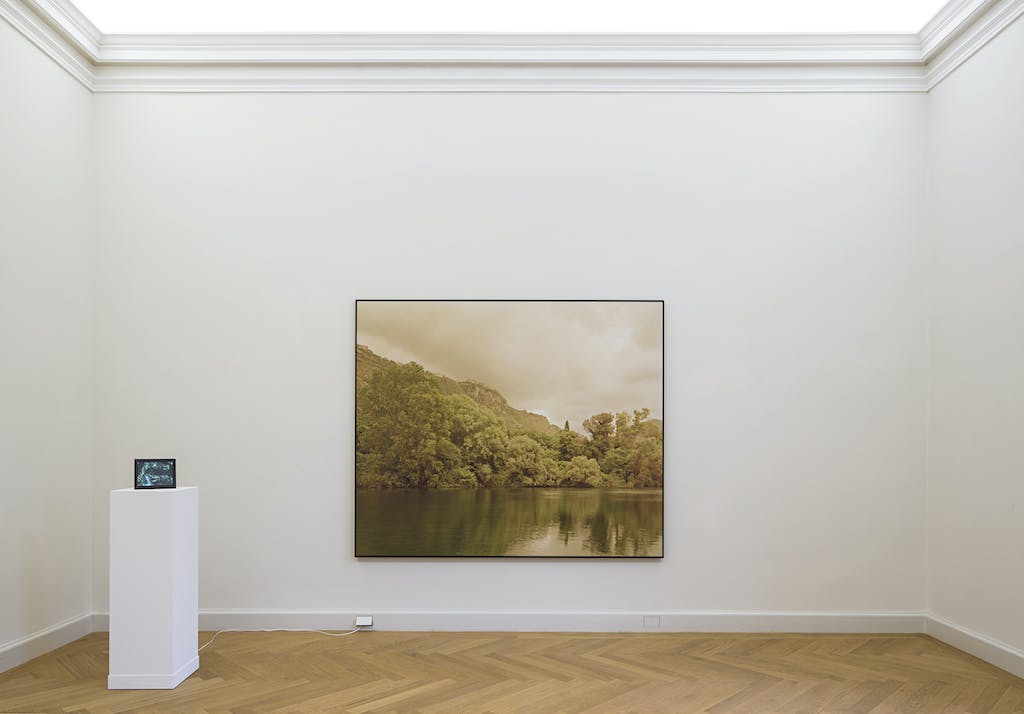 "Elger Esser’s images are saturated with time, but a time that places the moment into time,into a duration in which present seems past, and the past seems present and without end."

The German artist and Becher student, Elger Esser, who grew up in Rome, is showing in Berlin for the first time a series of new works. The motif is the Giardino di Ninfa, an historic garden situated in the South of the Italian capital which magically attracted already in the Renaissance painters such as Giorgio Vasari and later writers such as Gabriele d’Annunzio, Virginia Woolf and Truman Capote. To the present day this place has remained a source of fascination and inspiration for artists and poets.

The garden grounds were laid out in the ruins of the ancient town of Ninfa that was stricken by the plague in the Middle Ages and thereafter abandoned by its residents. Over the centuries the buildings of Ninfa decayed and became overgrown. In the sixteenth century, Cardinal Nicholas III commissioned the architect, Francesco Caetani Capriani, to lay out a park on the town’s former grounds. Apart from the old, luxuriant stand of trees, the garden exhibits also elements of classical English landscape gardening. Today the Giardino di Ninfa is cultivated and maintained by the Caetani Foundation which was established by Leila Caetani, the last heiress of the family.

Elger Esser's works reflect the unique water landscape and the flora and fauna of the Giardino di Ninfa, thus wakening the world of ancient mythology to new life. Already in Pliny the motif of the nymphs rising out of the river can be found, a phenomenon that the scholar believed he had observed near the historic site. In his photographs, Esser evokes the same visionary and mythical scenery by conjuring up again the allegorical world of old myths that is hidden behind the decayed stone walls, proliferating undergrowth and wild aquatic landscape.

All the photographs of the Ninfa series are one-offs. They were printed directly onto aluminium and sealed with shellac. In this way they resist the conventions of classical photographic printing procedures, oscillating between the genres of photography and painting. The combination of a conceptual approach with timeless composition can be found, however, also in recent works by the artist, thus continuing the tradition of his landscape pictures and vedute in an innovative way.

In the current exhibition, Kewenig is presenting for the first time video works by the artist that engage with the element of water and its movement. In iPad formats, Esser stages the particular quality of water and its multifarious forms of appearance in the realm of the garden.