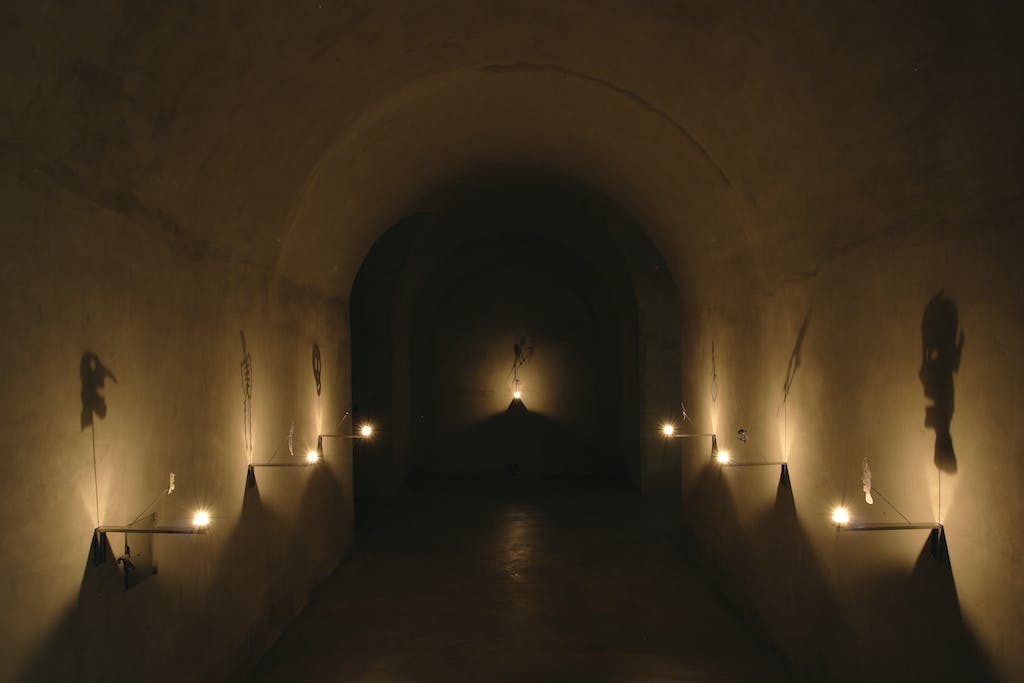 In late April Kewenig Galerie opened its four part exhibition series 'In Progress I–IV' for Harald Szeemann, the Swiss exhibition maker who passed away in February 2005. Until the end of August, we were showing eight artists, as part of this continuously developing project, who have been closely linked to Szeemann ever since his legendary exhibition 'When Attitudes Become Form' 1969 in Bern.

While Niele Toroni and Ulrich Rückriem initially created works for the Kewenig Galerie's large exhibition space, in the period following, the rhythm was dictated by monthly changes and additions of new works contributed by other participating artists – Giovanni Anselmo, Christian Boltanski, Hanne Darboven, Jannis Kounellis, Giulio Paolini and Lawrence Weiner. The new work was exhibited either in different spaces in the gallery, or additions and changes to Toroni's and Rückriem’s work took place.  The artists saw these changes to their work as a dynamic process turning the exhibition – usually a rather static venture – into a living organism, a moving event, allowing art works to enter a dialog rather than to exist as a mere immobile object.  The genesis and motivation behind the exhibition series 'In Progress' referred to the methodology of the honoured curator as well as the participating artists.