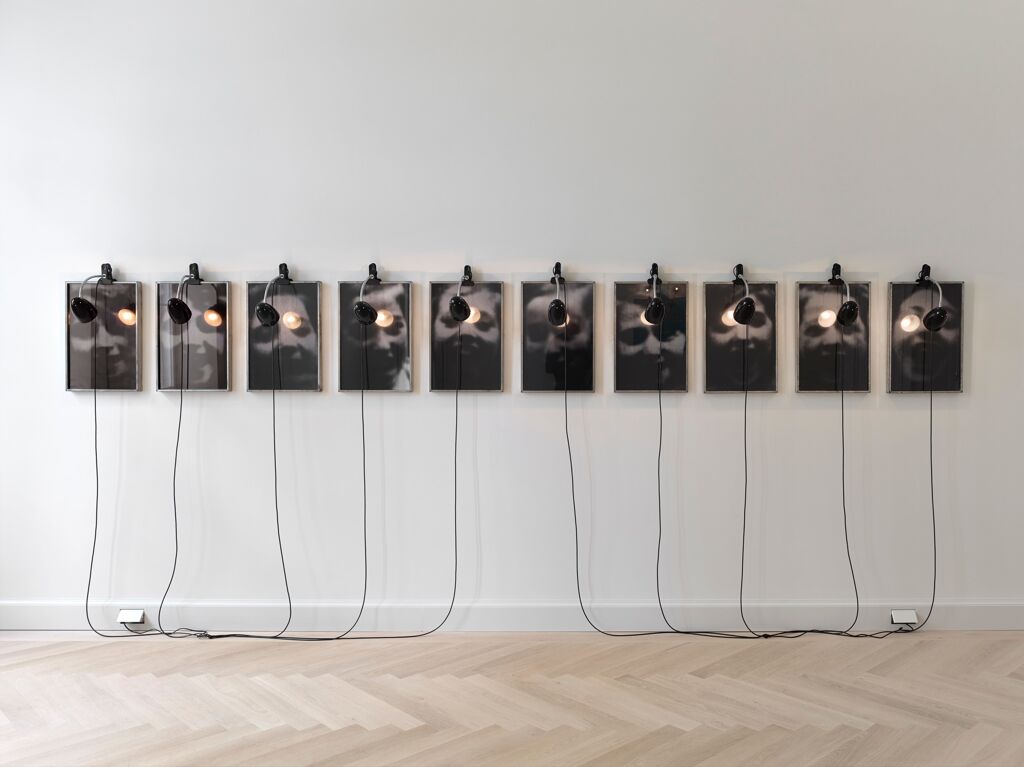 The work of Christian Boltanski (1944–2021) is deeply embedded in concepts of absence, memory and destiny which the post-war period helped redefine. Using simple means, the French artist developed an evocative body of emotional works that propose a renewed approach to remembrance and spirituality. Supported by a constant faith in humankind, his creative process translated into photographs, sculptures, large-scale installations and videos that relate to our collective memory.

Boltanski starts teaching himself painting in 1958, and from 1967 experiments with writing and installation as well as film. In 1969, he creates Recherche et Présentation de tout ce qui reste de mon enfance 1944–1950, a book that endeavours to compile six years of his youth based on photographs of people and objects such as homework, a lock of hair or a piece of fabric from a jumper of his. This seminal work bears the leitmotif that will continue to haunt his entire oeuvre: personal and collective memory, in a both sociological and fictional attempt to recall a lost past.

A significant part of Boltanski’s work focuses on remembering the departed – embodied through anonymous black-and-white photographs and lists of individuals. They build up large installations coloured by his characteristically unpolished aesthetics: frames made of black tape, rusty boxes and apparent electric cables compose self-assembled altar-like structures lit by simple light bulbs. These ‘Monuments’ evoke sacred spaces and propose the museum as place of remembrance.

Boltanski kept and documented everyday objects and memories, like an anthropologist obsessed by the accumulation of the details our lives consist of and which define our existence, using them in works that confront randomness and destiny. The 2010 installation ‘Personnes’ that filled the entire nave of the Grand Palais in Paris consisted of piles of old clothes laid out on the floor by a large crane. On site, Boltanski recorded the heartbeats of visitors as part of his ongoing project ‘Les Archives du Coeur’, which started in 2008. The heartbeats are stored at the Benesse Art Site on the island of Naoshima, Japan, where one can listen to these traces of the lives of those recorded.

Christian Boltanski is considered one of the most influential artists of his generation. He was most recently honoured with three major retrospective exhibitions at the Centre Pompidou in Paris, the National Museum of Art in Osaka, and the National Art Gallery in Tokyo (all 2019). His work was included in Documenta in 1977 and 1972 and he participated in numerous iterations of the Venice Biennale, in 1975, 1980, 1993, 1995, 2011 – when he represented France – and 2015. He was awarded the Praemium Imperiale in 2006.

Personnes, in the course of 'Monumenta', Grand Palais, Paris, France