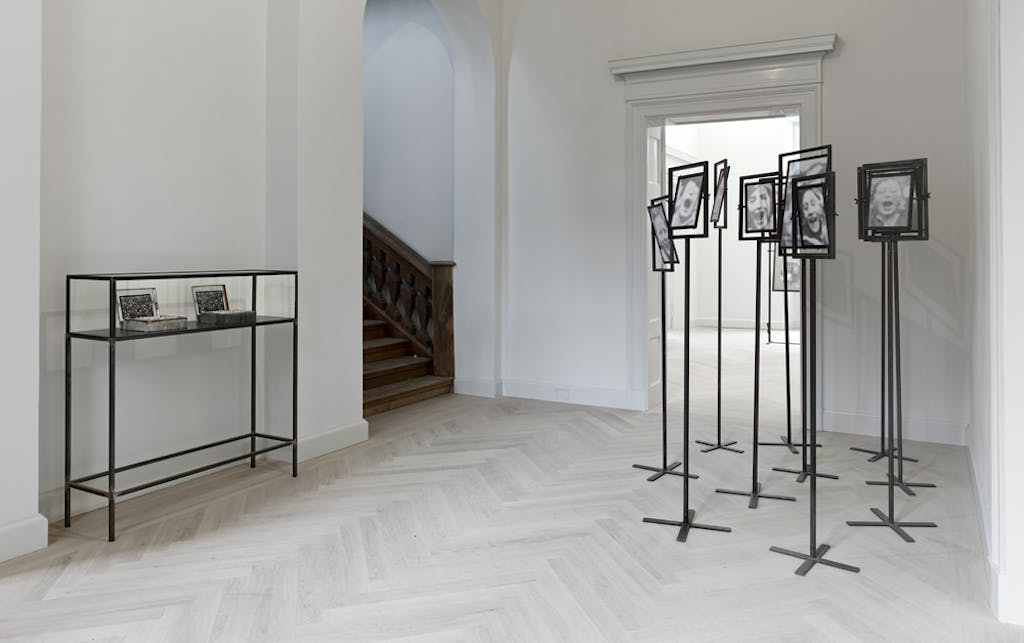 On 21 September 2013, Kewenig is opening its new Berlin location with a Christian Boltanski show. After more than 25 years in the Rhineland, the gallery is moving into the Palais Happe on the southern part of the Spree Island. The townhouse from 1688 was especially renovated for this purpose in conformity with heritage standards. The gallery will house a part of Boltanski's artistic archive which to date was located only in Paris; it will be open to scholarly researchers.

In the exhibition, Grosse Hamburger Strasse, Christian Boltanski refers to his permanent installation, The Missing House, which came about shortly after German reunification for the show, Die Endlichkeit der Freiheit (The Finitude of Freedom). In the gap left by a house destroyed in 1943, he had mounted panels with personal data about the former residents on the firewalls of the building left standing, to commemorate the fates of these individuals. During his research for the Missing House, Boltanski came across a picture that became the source of inspiration for many works: the black-and-white photograph shows a group of children from the former Jewish School in Grosse Hamburger Strasse. In connection with the exhibited earlier and more recent works, the artist’s various creative phases become manifest: Boltanski has repeatedly used the same photographs and documents whereby, each time, he has found a different artistic form of expression. The show is a kind of personal retrospective over his entire oeuvre and a metaphor for life itself, because Boltanski not only meticulously reconstructs traces of the past, but poses questions about universal topics such as transience, recollection and the significance of each individual. "My work consists in a questioning of life, a search to understand who we are."