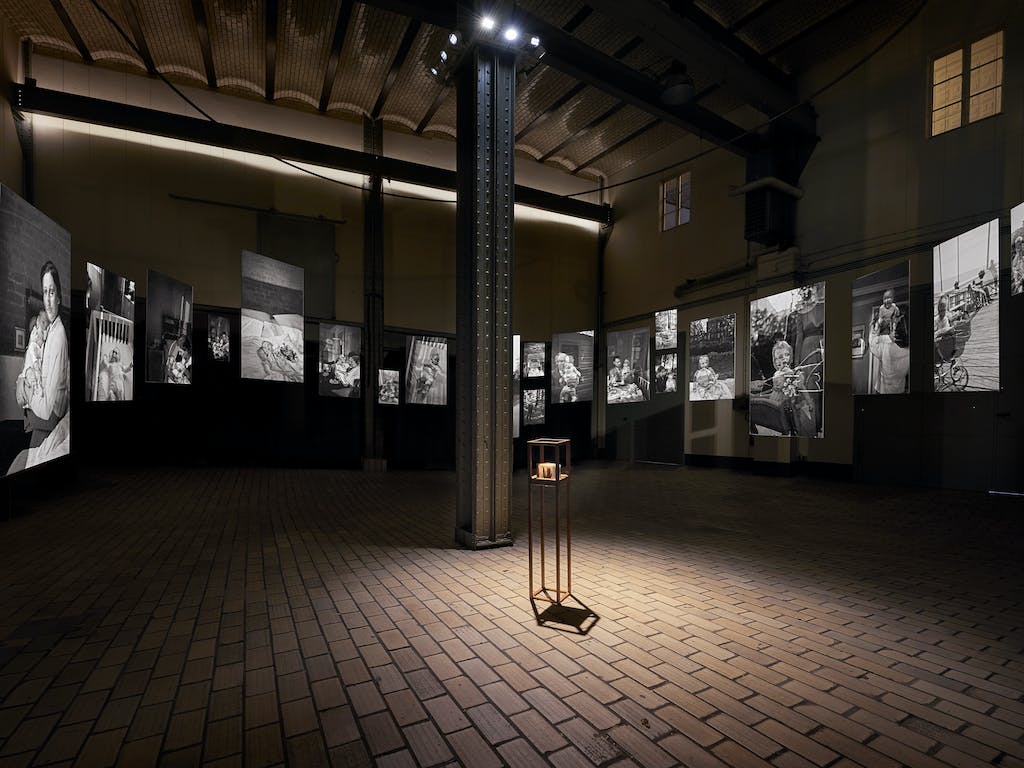 Kewenig is delighted to present the first exhibition of Jamie Diamond at the Warehouse in Berlin Moabit, with a series of photographs. Through performance and photography Diamond explores concepts of identity, memory and intimacy which form the core of ‘365 Days: 1938/2017’.

The point of departure of this series is a family album Diamond found at a flea market in Berlin during a visit in 2015. Dated 1938, these photographs record the first year of a young child’s life, each page outlining the child’s age in days. A year later, after the US presidential election cast a shadow on the years to come, Diamond, pregnant, recalled the photographs and started to identify with the mother of the child and imagined her story at the dawn of the Second World War.

Diamond re-enacted the scenes from the 1938 pictures, using similar locations, furniture and poses with her son while matching the time frame of the album. She then merged both photographs into one composition, emphasising the transparency of either one of them. The discrepancies between the overlaid images reveal the tensions and similarities between 1938 and 2017, Germany and America, documentation and interpretation – collapsing space, time and remembrance in one photograph. By imitating the intimacy of strangers, Diamond questions the authenticity of these memories, and how these images are designed to fit into expectations. Her photographs betray an intimacy that fades away into collective consciousness.

She is simultaneously the author of the photographs, their subject – the observer – as well as object – the thing observed. This paradox embodies Gilles Deleuze’s concept of time-image, in which the different facets of one picture reflect each other in a prismatic structure. For Diamond this time-image is shaped as a mirror, a memory and a stage as she poetically contracts almost a century of interpersonal relationships and self-representation within her photographs.

‘The mirrors are not content with reflecting the actual image, but constitute the prism, the lens where the split image constantly runs after itself to connect up with itself’
– Gilles Deleuze, Cinema 2: The Time-Image