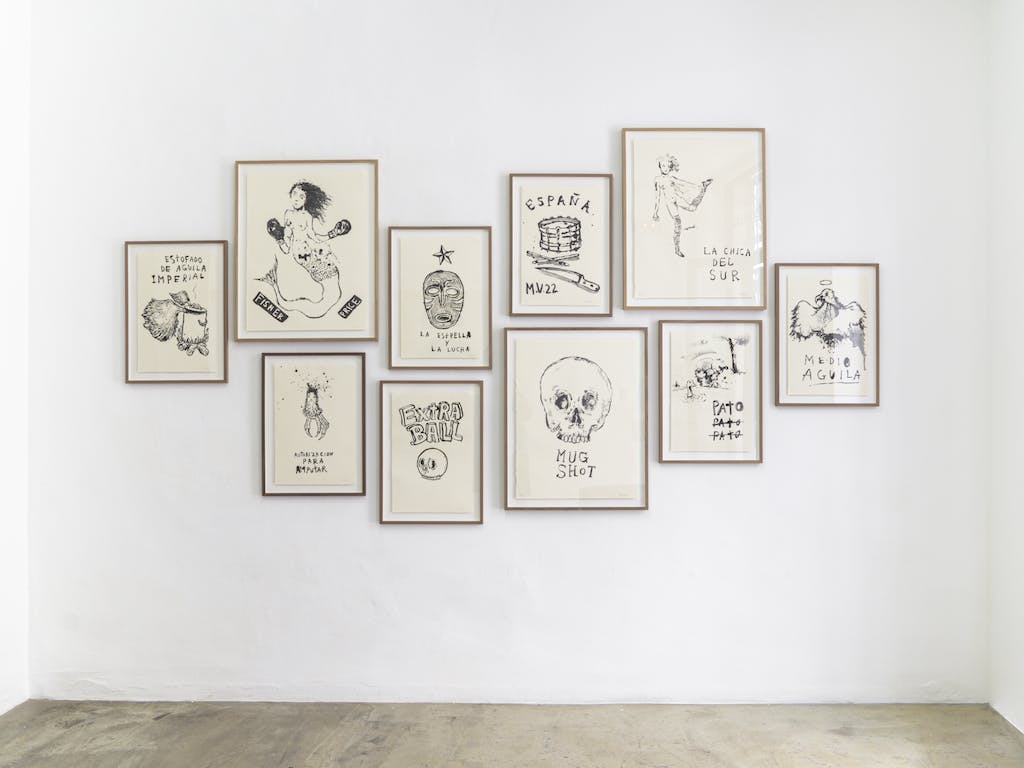 Like a fabled image that points to the autobiographical, Marcelo Viquez (b. 1971 in Montevideo, Uruguay) surprises us with his most recent work: monotypes on paper. An unexplored technique for the artist until now. In Silver Magic Ships printmaking studio, through his brushstrokes, he offers a glimpse into the urgency implicit in his pictorial narrative.

Viquez uses his remarkable ability to employ all means available in his expressive search. Among all diversity that he often uses transversally in his artistic work, this exhibition focuses on the printing technique. The fresh oil pigment used by the artist creates the image by transferring it to the paper by contact and pressure. Viquez learns a new language that flows between painting, drawing, and graphic art, thus helping to broaden his approach to the work on paper.

His oeuvre is concerned with certain issues of existential complexity in societies that claim to be developed. He often approaches them through symbolic images alluding recognisable everyday life situations as well as more cryptical ones. Subtle at first, but incisive when one perceives how certain messages implicit in his work have been imbued with irony and sarcasm. Viquez is critical, making fun of power games and superficialities that he captures in his environment. As a good observer, he suggests a deep look from the social to the personal sphere and vice versa.

One could say that Marcelo Viquez’ s work has a kind of effect similar to that of a whispering voice coming from the conscience and intuition that life experience provides. He launches warnings with a certain cynicism. The huge imagery that Marcelo Viquez displays in his work, investigates beyond stereotyped references and shows what appears to be a totally genuine language.