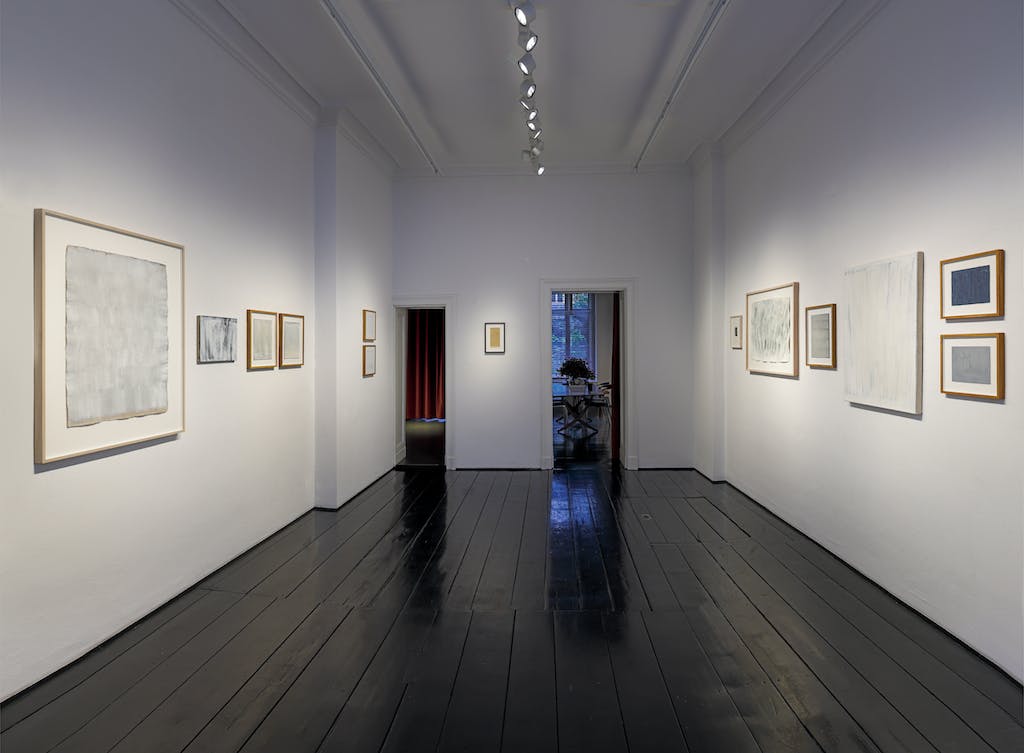 This cabinet exhibition gives a particular focus to a remarkable position in German painting. The exhibition presents a selection of works by Raimund Girke from the 1970s to the 1990s, paintings and works on paper, works of geometric rigour and of gestural lightness. KEWENIG's Pied-à-terre is hosting the exhibition also on the occasion of the release of the most extensive catalogueever published on Girke.

The monograph RAIMUND GIRKE. BETWEEN WHITE, offers the first comprehensive overview of the artist's oeuvre and includes contributions by Gottfried Boehm, Dietmar Elger, Florian Illies, Anke Hervol and Peter Iden. This book, published in English and in German, sheds light on Girke's artistic environment, his influences and the development of his technique and colour palette over the years. As part of the book launch and opening of the exhibition, Madeleine Girke will be in conversation with Raimund Girke's long-time friend, the art historian Peter Iden.

As an influential pioneer of Analytical Painting, Raimund Girke opposed prevailing trends throughout his life and, in his consistent search for order, movement and structure in painting, found ways to continually reduce and concentrate his pictorial language. Initially, as a young artist, he had turned to Informel, but since the 1950s he had decidedly explored the colour white, the "queen of colours", as he wrote in 1960, the "colour that is closest to the light.

And indeed, through Girke's painting, white appears to us as the colour that contains all other colours and, at the same time, does not contain them; as the colour that, in contrasting coexistence with other colours, is capable of elevating its own energy and radiance to a material as well as immaterial subject. Also, Girke's play with shades of grey of varying intensity reveals his artistic strategy of analytically elaborating the rhythmic and processual in his painting.