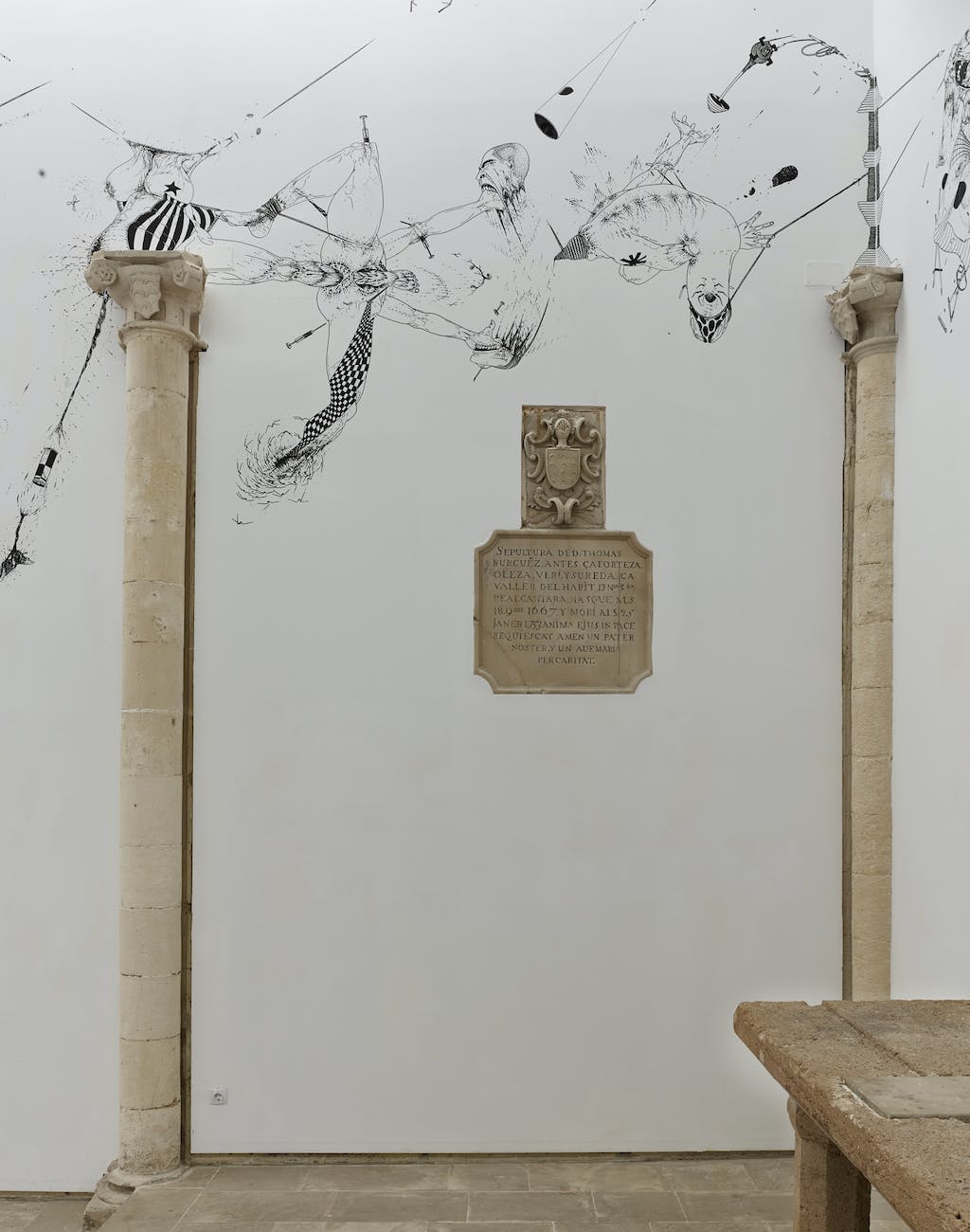 The drawings by Ralf Ziervogel (1975) have been called a „theatre of brutality“. In fact the bodies depicted are in extreme physical situations - they are entangled in one another, knotted, fettered and mutilated. „I want to carry the simplicity and fragility of human bodies to the greatest possible extreme“, Ziervogel once said.
His delicate, complex ink drawings spread out over paper webs that are in some instances square metres in size. Only when examined closely do the monochrome networks resolve into their grotesque individual scenes, only to fuse immediately thereafter into large-scale ornaments.

Ziervogel poses awkward questions with his works, scratching at the belief in the so arduously won individuality of people: „You go out, do your job, but doubts are mixed in about how much sense the work actually makes. What is individuality? In my drawings the people appear individual - in the way they are mistreated. But the violence spreads from one body to the next and a machine thus emerges that deprives the bodies of everything individual.“

Ralf Ziervogel exhibits new works and drawings at Galeria Kewenig, Palma de Mallorca. A wall drawing, produced especially for the exhibition, follows Ziervogels approach to connect his work with spatial contexts. Similar is his handling with text that comments procedures, institutions of the art system and his own exhibition activities.