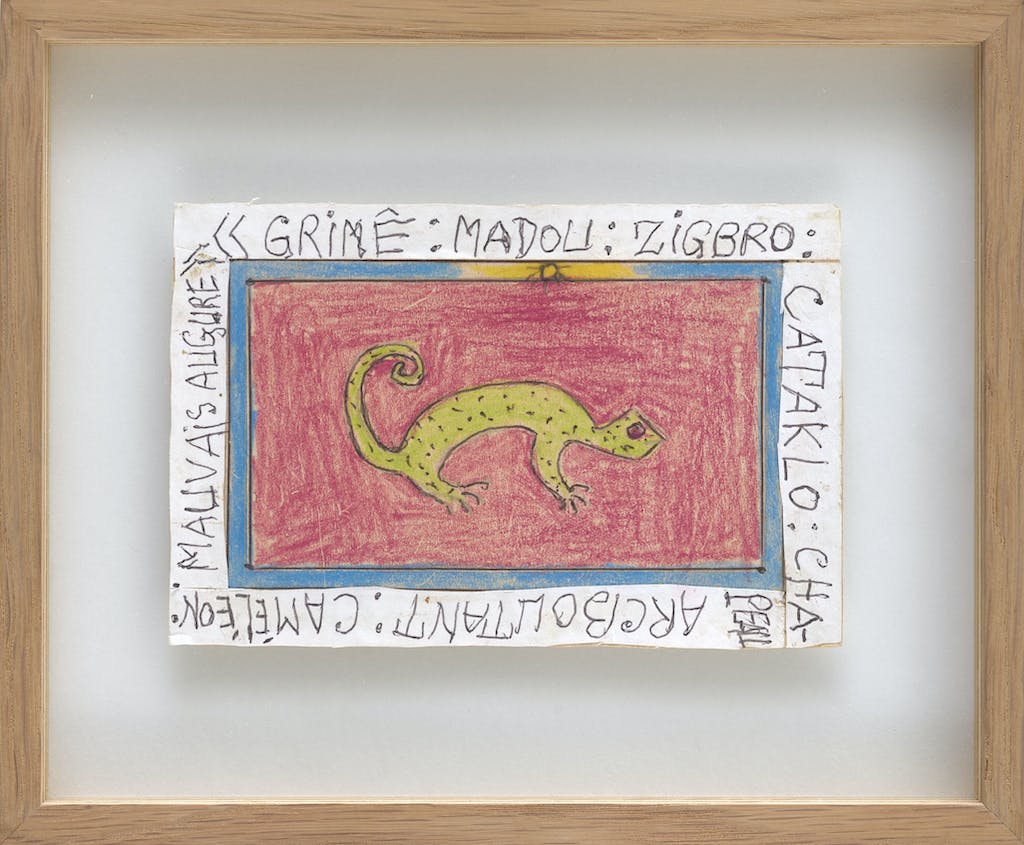 Frédéric Bruly Bouabré (1923–2014) was an Ivorian poet and visual artist. His distinctive body of work was influenced by a ‘divine intervention’ he experienced in March 1948, as described in his own words: ‘the heavens opened up before my eyes and seven colourful suns described a circle of beauty around their Mother-Sun, I became Cheik Nadro: “He who does not forget”.’ From then on Bouabré started to collect a vast amount of knowledge, researching various fields such as science, literature, religion and philosophy and recording his thoughts in notebooks.

Over the next ten years, Bouabré created a syllabary for his mother tongue – Bété – with 448 symbols describing monosyllables that transcribe the sounds of Bété. The pictograms were inspired by geometric shapes engraved on a stone discovered in the village of Békora. Bouabré uses this alphabet to tell stories of local folklore, daily activities and religious myths, later expanding his focus to include further topics such as French politics.

In the 1970s, Bouabré started ‘Knowledge of the World’, a series of drawings made with coloured pencils and ballpoint pen in a postcard format which depict his thoughts on a vast array of subjects. The pictures are framed by their description, or subtext, in French, placing the act of sharing knowledge at the core of Bouabré’s approach. His entire oeuvre reflects an encyclopaedic attempt to build a framework for a universal dialogue between cultures.