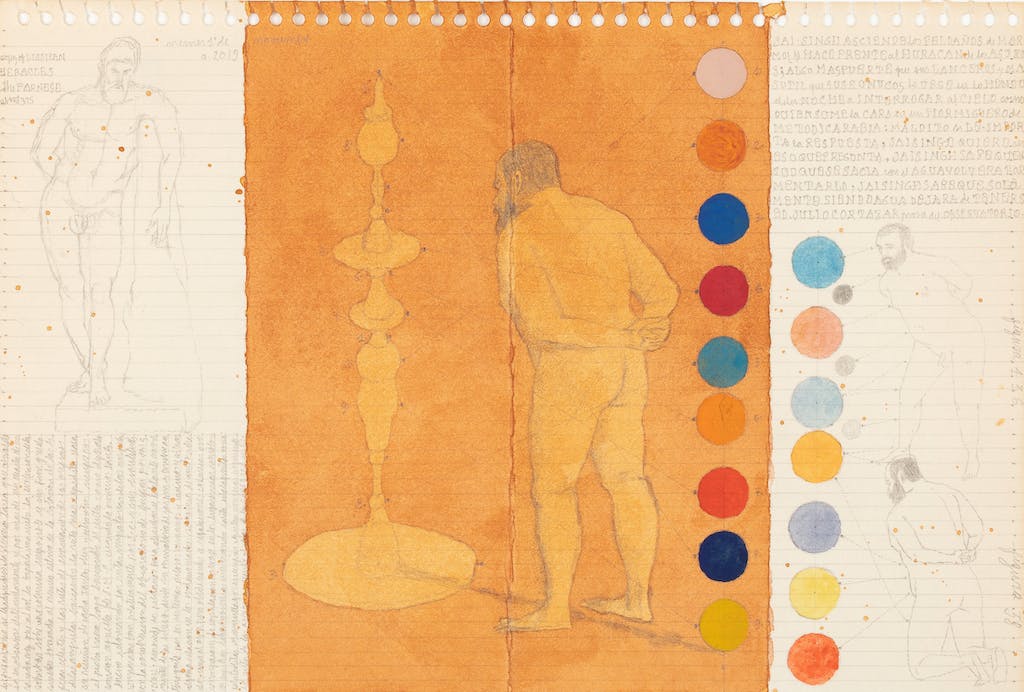 José Antonio Suárez Londoño was born in 1955 in Medellín, Colombia, where he graduated in biology from Universidad de Antioquia in 1977. He started to produce his first artworks at this time, essentially focusing on illustrations and printmaking, before enrolling at the École Supérieure d’Art Visuel in Geneva, Switzerland, to study fine arts, graduating in 1984.

A notepad, a marker and a book are three elements at the core of Suárez Londoño’s creative process – a strategy he adopted in the mid 1990s whilst staying in Florida, US, reading Brian Eno’s book A Year with Swollen Appendices. Suárez Londoño started to fill the notepad with sketches based on the book, and, from then on, his works turned into a diaristic recording of his readings and daily occupations – a graphic autobiography.

Suárez Londoño’s works are included in major collections worldwide, including the Colección de Arte del Banco de la República, Bogotá; MOCA, the Museum of Contemporary Art, Los Angeles; the Albertina Museum, Vienna; and MoMA, the Museum of Modern Art, New York, amongst others. He participated in the 24th and 32nd São Paulo Biennial (1998 and 2004) and the 55th Venice Biennale (2013).