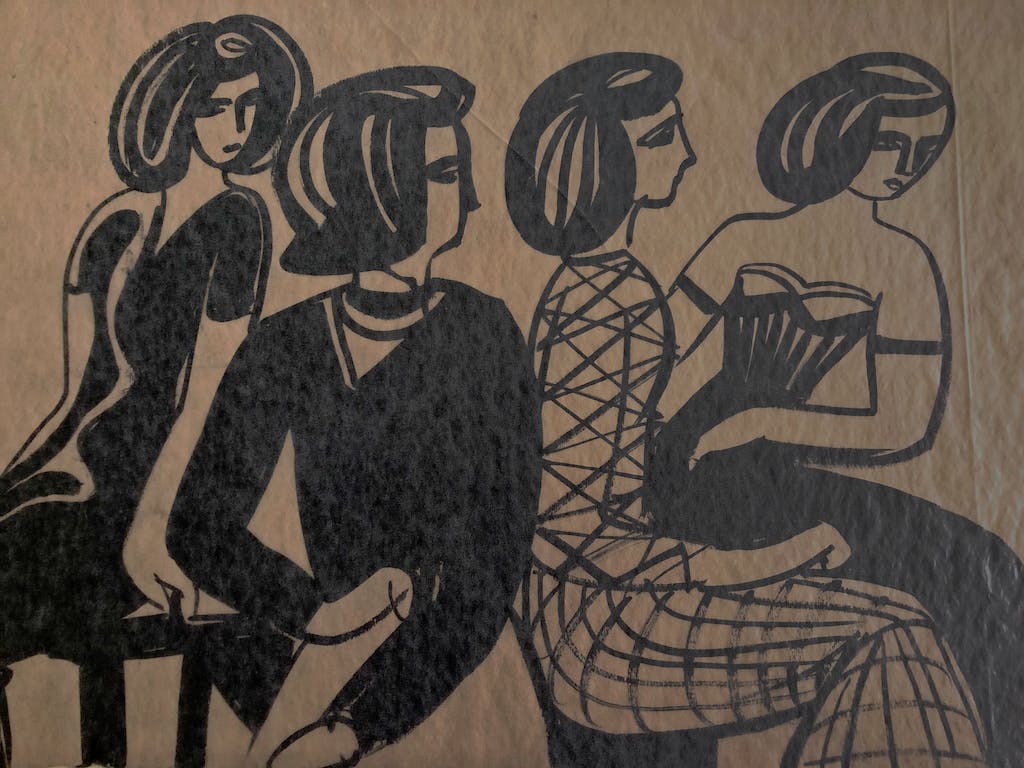 Miroslav Tichý (1926–2011) was a painter and photographer born in Kyjov, Czech Republic, where he spent most of his life. Despite his art education, he was considered an outsider because of an eccentric approach to photography that revealed his fascination for the female body. Tichý studied at the Academy of Fine Arts in Prague, and his early paintings and drawings reveal the influence of Picasso, Matisse and Cézanne. After the Communist takeover of Czechoslovakia in 1948, he refused to comply to the socialist-realist aesthetics and was considered a dissident.

Between the 1960s and the 1990s, Tichý took photographs of local girls and women using homemade cameras. Most of them were unaware of his presence. The figures appear in their daily activities: walking on the street, sitting outside or at the local swimming pool. He took thousands of pictures – using up to three rolls of film in a day – many of which were destroyed. Beyond the voyeuristic aspect of Tichý’s images, his multi-layered oeuvre poses a strong political stance while embodying a radical questioning of the photographic medium. These clandestine pictures echo state surveillance in authoritarian societies, and Tichý himself had a history of mental illness, was monitored by the state and sometimes institutionalized. Also, by not taking advantage of technological improvements in photography, he used the basic photographic concept as a starting point and invented his very own way of seeing.

Tichý fabricated his photographic equipment using at-hand materials. A typical camera was built of plywood, sealed with asphalt and equipped with a carboard tube. The lens was made of Plexiglas that he polished with tooth paste and cigarette ashes. His enlarger basically consisted of metal sheets, a tin can and a light bulb. This hand-crafted process translated into blurry, over- or underexposed, stained, uncanny images, both disturbing and captivating. The unique photographs – each negative was printed only once – were later scissored off to remove the unwanted parts and reworked with a pen or pencil to highlight or frame the composition.

Miroslav Tichý’s photographs remained mostly unknown until 2004 when Harald Szeemann included them in his Biennale de Sevilla. In 2005, Tichý won the Rencontres d’Arles. That same year he had a large retrospective at the Kunsthaus in Zurich, and another one in Centre Pompidou in Paris in 2008, followed in 2010 by a large exhibition at the International Center for Photography in New York. Tichý’s photographs are present in numerous institutional collections, such as the Victoria and Albert Museum, London; the MMK – Museum für Moderne Kunst, Frankfurt; the SFMOMA – San Fransisco Museum of Modern Art; and Centre Pompidou, Paris, amongst others.