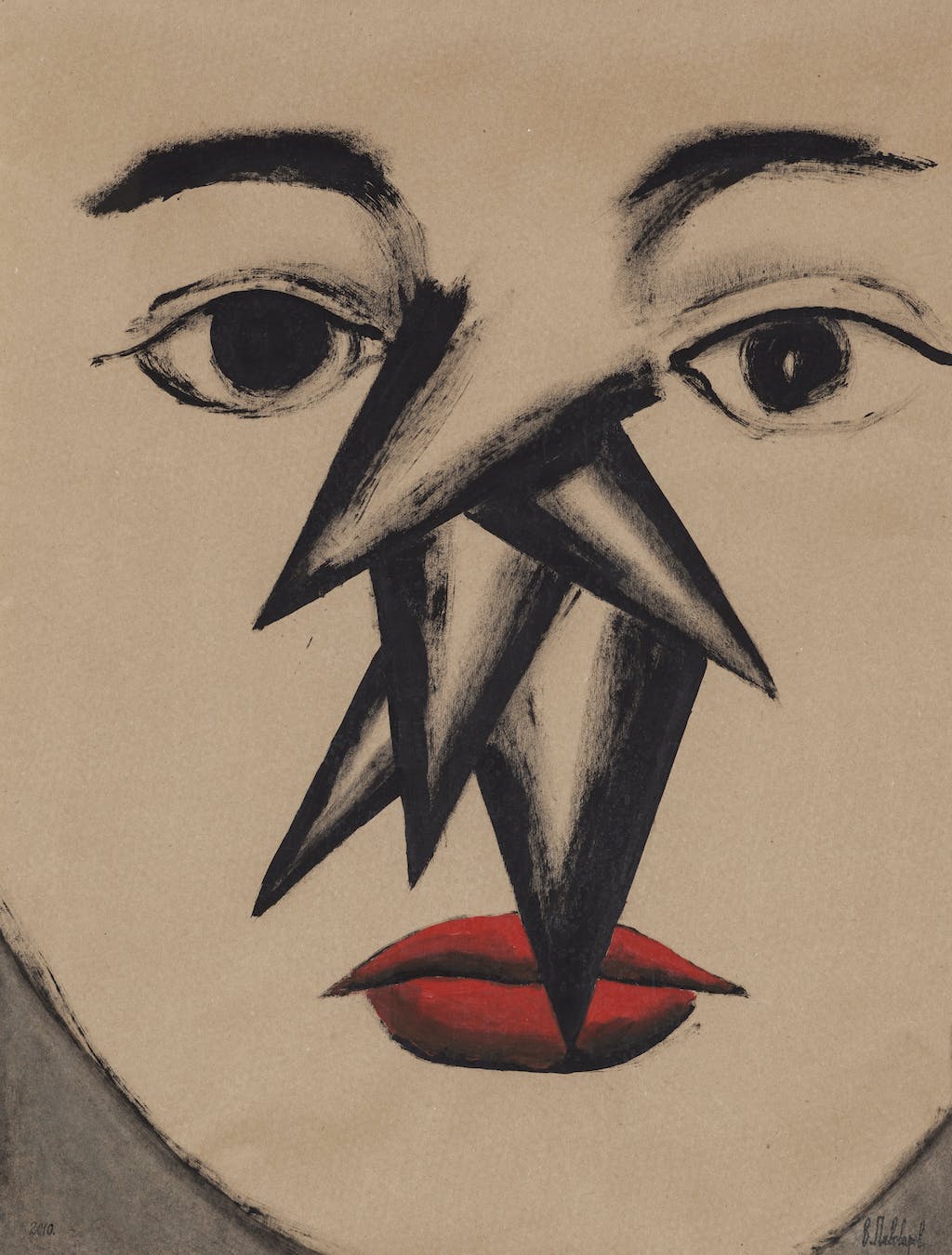 Viktor Pivovarov (b. 1937 in Moscow) is one of the leading figures of the group of Moscow Conceptualists who began working in the 1960s and 1970s. Like his artist colleagues Ilya Kabakov and Erik Bulatov, Pivovarov was also active in his early years as an illustrator of children’s books, predominantly as a means of earning a living and distancing himself from the official Soviet art apparatus. He was thus free to create a fantastical world of images, within which he enjoyed the greatest possible freedom of artistic expression.

Characteristic for the entire oeuvre of the artist is a constant visual irritation. Pivovarov works consciously with the overlapping of various pictorial levels and the introduction of unexpected perspectives. In one moment he allows the viewer to give in to a certain illusion of reality, only to disrupt this illusion by means of visual fractures, which are difficult, if not impossible, to reconcile with real experiences, both spatial and visual.

Storytelling and allegory have remained central to his paintings, drawings, collages and albums to this day and lead the viewer into a surrealist cosmos. Within this universe, conventional ways of seeing, mass media visual culture and the icons of Western and post-Soviet educational canons are called into question by means of irony and distortion. The Russian tradition of icon painting, allusions to the art of Kazimir Malevich and Western figures such as Giorgio de Chirico and René Magritte play a central role in Pivovarov’s art, as well as Russian myths, songs and legends.

Viktor Pivovarov has been living and working in Prague since 1982. He has had solo exhibitions at the Multimedia Art Museum Moscow, Moscow (2018); Garage Museum of Contemporary Art, Moscow (2016); State Russian Museum, St Petersburg (2004); Leopold-Hoesch-Museum, Düren; and the Museé d’Art Moderne et Contemporain Saint-Étienne Métropole, Saint-Étienne (both 1997), amongst others. He participated in the Venice Biennale in 1976 and in the seminal ‘Berlin-Moskau / Moskau-Berlin 1950–2000’ exhibition at the Martin-Gropius-Bau, Berlin, in 2003. His works belong to several institutional collections, including the Tate, London; Kupferstichkabinett, Berlin; Centre Pompidou, Musée National d’Art Moderne, Paris; Pushkin State Museum of Fine Arts, Moscow and the State Russian Museum, St Petersburg.

Dictionary of an artist. The drawings of Victor Pivovarov, Pushkin House, London, England

Viktor Pivovarov in The Moscow Times