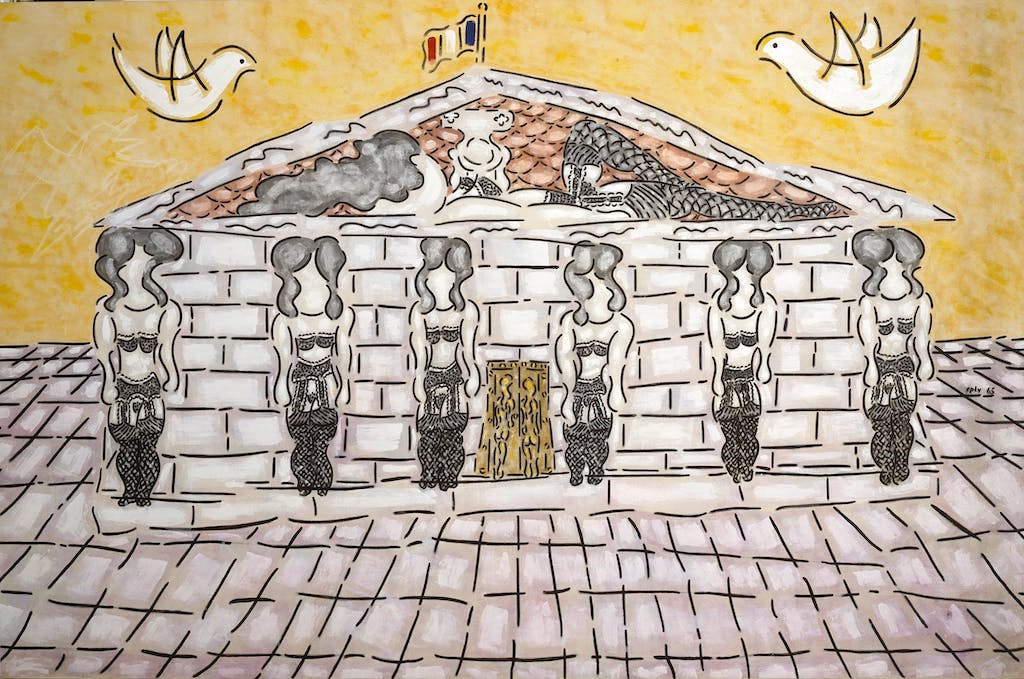 William N. Copley (1919–1996), aka CPLY, was an American artist mostly known as a painter and writer, but also worked as gallerist and publisher and was an avid collector. He studied English at Yale University before enrolling in the army during the Second World War. After the war, he briefly worked as a reporter before opening a gallery in Los Angeles in 1948 together with John Ployardt, an animator for Walt Disney Studios who had introduced him to Surrealist artists, including Man Ray and Marcel Duchamp. The latter became a close friend and a strong influence on Copley, who closed the gallery after only one year and dedicated himself entirely to painting from then on. He moved to Paris in 1949, where he lived until 1962–63, before moving back to the United States.

Copley’s work is driven by a strong narrative process – he actually started to paint in order to improve his writing, to make it more visual. This translates into compositions reminiscent of automatic writing, where apparently unrelated objects are juxtaposed in a way that can only find support in a Surrealistic approach. His works merge American Pop Art with European Surrealism in colourful paintings where the sophistication of the patterns contrasts with boldly outlined, curvaceous bodies. Copley focuses on female nudes, politics and city life in scenes inspired by his own experience. The storyteller is the subject of the story – depicted but not revealed as such – set in a landscape that takes inspiration from popular culture, such as cinema or comics, populated by iconic figures of pin-ups, policemen and cowboys.

The Coffin They Carry You Off In, ICA – Institute of Contemporary Art, Miami, FL, United States