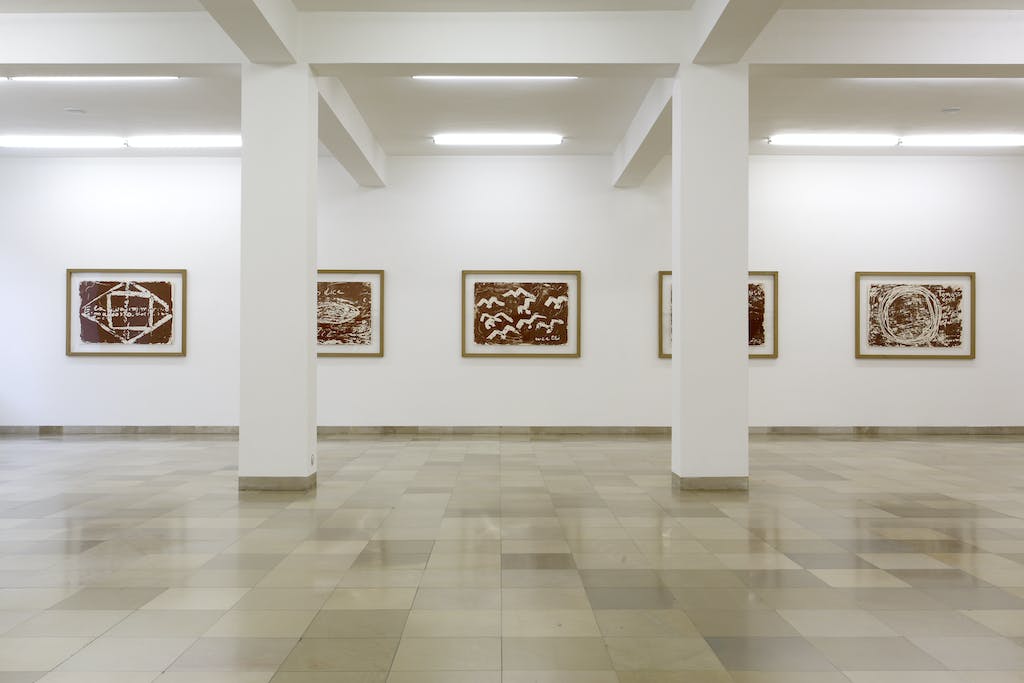 Jannis Kounellis takes up the Gospel of Thomas pictorially in these graphic works created in 2000. Using desert sand, he tries to make tangible the message of the Gospel, which has been abstracted through writing.

Using Christian and his own symbolism, the artist concentrates on reproducing the core statements of the apocryphon. As in earlier works, Kounellis is concerned with the question of the correspondence between causal event and the possibilities of its representation. The linguistic record of an event interprets and codifies the event it refers to. In contrast, events are also interpreted in the pictorial representation, but the recipient takes in the representation more directly through the eye than when reading a text.

In his graphic cycle, Jannis Kounellis creates an exciting questioning of the relationship between event, linguistic recording by Thomas and later textual transmission. At the same time, he counters this with his own language of signs by depicting the content of the writing in a condensed visual form.