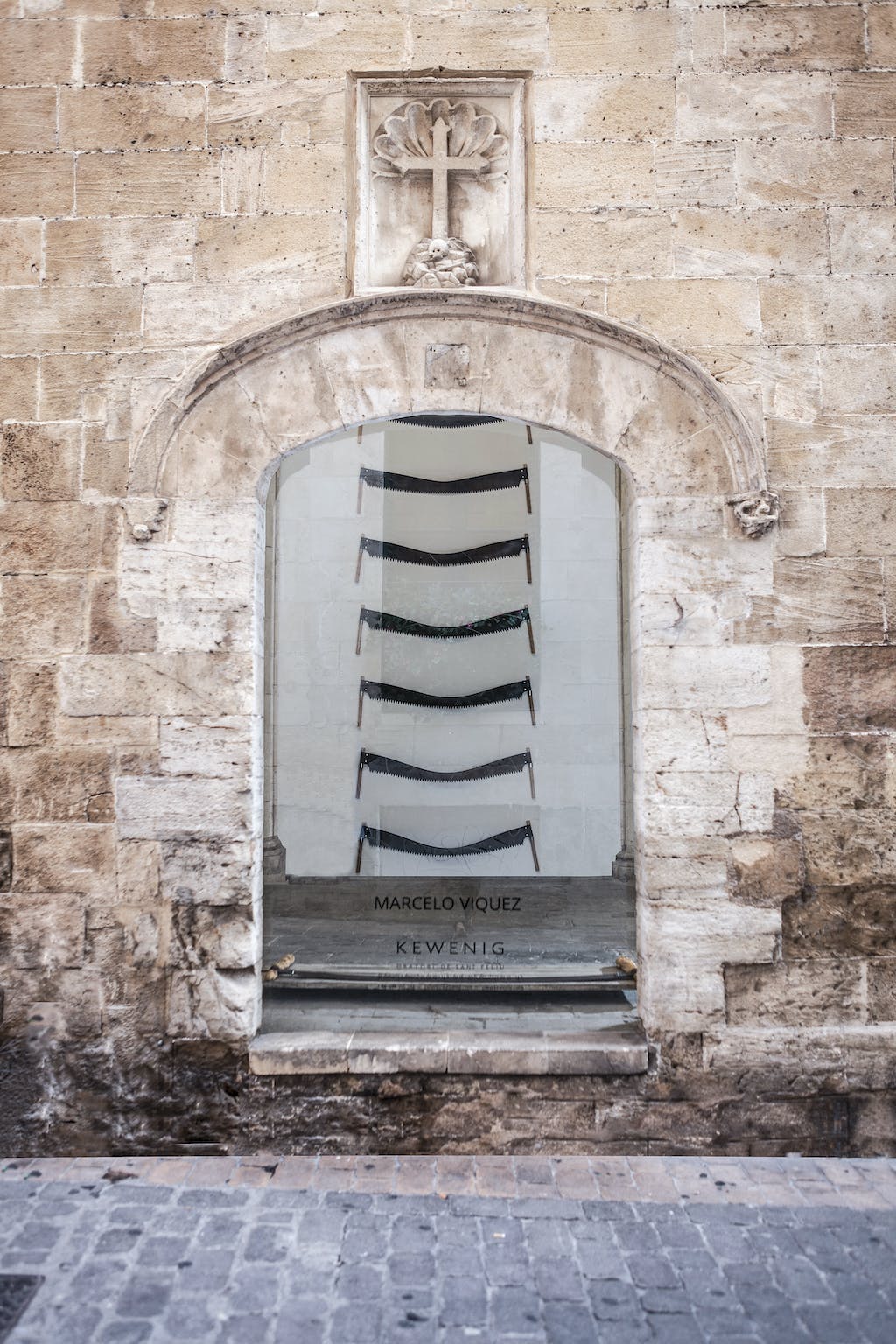 The wicked theses is: if uselessness served a purpose, it would still be useless. Adjectives do not change the substance of the noun, they only splash it with tomato ketchup. A weapon that does not wound, doesn't stop being a weapon. Nominalism was a phenomenon that characterized the Middle Ages...  of which we have not left. If universals did not exist, then neither would, for example, weapons… So what we must worry about is if we are still in the Middle Ages...

There is nothing that does not serve a purpose for something in this world, which is in fact a huge workshop, where there are only tools; I mean, even those who use the tools, are in turn, tools for others. Tools, tools and more tools.

It is already known that the best way to nullify the sense of an action, or a posture, or an intention, or a thought, is to cram it full with meaning, leaving no room for anything else. Sense and more sense until all sense is lost.

Everything is good for something, even something so implausible, such as love, or man, or poetry. What is the purpose of love?  At the beginning it is to overcome the syndrome of loneliness that eats away at us from birth; and then, with time, serves to make us feel miserable as we fail to get anything else in the world (sorry, in the world no, in the workshop of the infinite tools).

Some have believed that man's purpose was to make soap.

And poetry, what use is that? It is used to call everything that is not initially worth anything. And to squint your eyes and pout your lips... And to sing without being accompanied by musical instruments. And... Well, used for many things, like everything in this world (sorry, in this workshop, I mean.).

What happens is, that things are not always worth what we are told they are, or what they want us to believe they are. For example -says Marcelo Viquez-, if the purpose of the polls is for what  they are intended, that is to change the world (the workshop), certainly the workshop owners would not let us vote. They let us use the ballots because the ballots do not serve the purpose they say they do, which does not mean the ballots are useless. I have already said, there is nothing that is useless. The ballots serve for the workshop to work at full production. Social peace and all that. Democracy is like poetry. One squints ones eyes and and pouts ones lips when depositing the ballot paper in the ballot box. Orgasmocracy. Genital democracy.  Cerebral bath of Vaseline. The systemization of the system.

Therefore, the proposal of Marcelo Viquez in the exhibition in the Kewenig, gallery, Palma, for the Nit de l'Art 2016, has the form of a workshop, full of seemingly useless tools,  and a silo to store weapons that do not kill or injure, and a portion of air where waving flags do not represent anything or anyone. What Marcelo wants to demonstrate is that deep down everything is like this, although, as already said, if uselessness served a purpose, it would still be useless. And the uselessness serves so much, so much, so much. A weapon that kills is obviously stupid, like the ballot box where you can post the vote into the slot. It is obvious, stupid, idiotic that you think the tool corresponds to their role, and yet its activation does not have the consequences that might be expected. Well what really is useless is the workshop itself!

Hegel, the greatest apologist for the system as such (which is quoted in capital letters), defended a thesis and its opposite, the antithesis, both together, instead of adding up to nothing, adds up to a lot, a lot, a lot.

It was a summary. Incredible but true. Not only true, but also successful. Opposites do not cancel one another out, only eat one another, as among the contenders in a good marriage as well as in stifling marriages. Thus, the thesis of Marcelo Viquez is a weapon that does not kill, a saw that does not cut and a flag that does not represent anyone, do not add up to nothing but quite the opposite. And what is the opposite of nothing? Ah, this really is a succulent question, because in the world (in the workshop) of meanings, if nothing is nothing, the opposite is everything. And now that's a lot a lot a lot.

The image that synthesizes (Hegelian) all Marcelo Viquez's approach, on this occasion, is like Molotov cocktail without the petrol, a fire-bomb that can not explode, though is willing to, all his substance has this intention. The explosion of a bomb that can not explode is terrible because it has no ending. The bomb that explodes has an ending, it could be dramatic but an ending nevertheless. Viquez's bomb is a symbol of what a bomb is when it isn't a bomb, that is, a symbol of danger that it's impossible to understand and to which, therefore, we have no possible defense, turning the captive workshop world upside down. There is a guerrilla slogan: do not trust the enemy that gives you the ballot or gives you a weapon, because you are delivering your own silent destruction; if you want to attack, do it with weapons you make and are apparently useless, that you do not understand, that are crazy, are deadly, they reach everyone. Yes, under their fire no one will be able to survive, not even the user. Conceptual art by Marcelo Viquez has come to occupy and dismember the System. And a world without lies is useless.