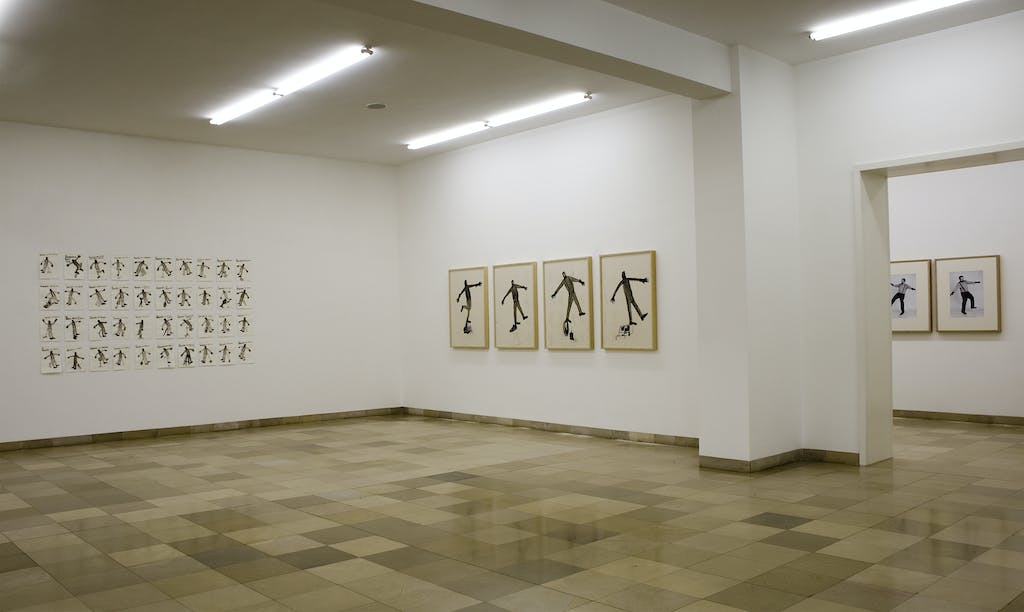 In drawings, paintings, photographs, videos and installations Marcelo Viquez illustrates possibilities to find his own way between his own past, his own origin and the exciting insecurity of where the future will lead him. In his black and white photography- series "Equilibrio" he wears suspenders and gloves and tries to keep balance (which is in Spanish: Equilibrio), while he stands with one foot on his Spanish identity card. Under the same title Viquez shows big-formatted greyish drawings, in which he balances in the same way on fruit, a car wheel, a Nike sports shoe and a caravan and therefore upon symbols of a conventional way of life.

A lot of his drawings and paintings are comic-like and combine scenic illustration with text. Once a mistake arises, the artist corrects it within the work and makes the improvement being part of it. With the help of pencil, watercolour and pen he combines spotting scenes with text to comment on the image, to contradict it or to add a play of words. In this way Viquez annotates social and cultural phenomena effectively and questions his own role within. In his untitled "Anana" the hint "El Primer Error" (in English: the first mistake) points out that he used the South American word for pineapples instead of the Castilian word "piña".